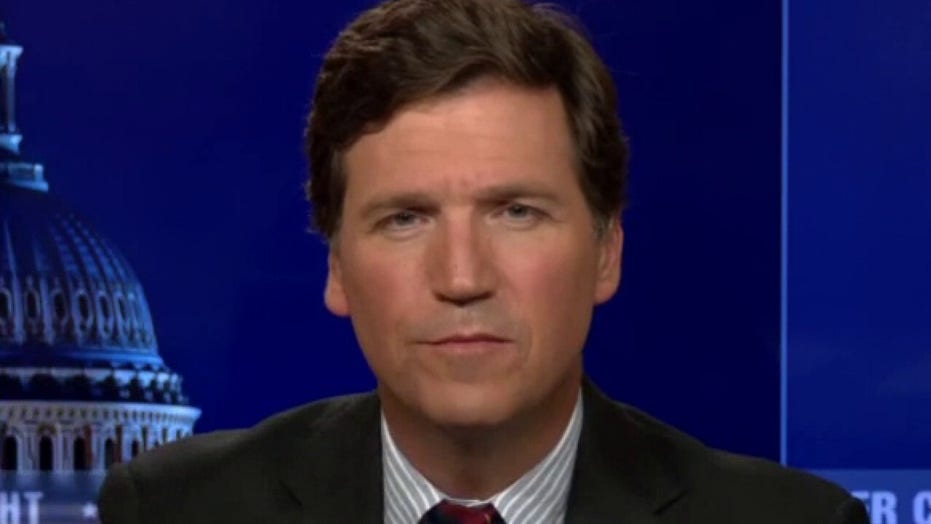 Tucker: The media hates the population of the United States

It was just the other day -- two weeks ago exactly -- that the Biden administration announced the suspension of private property rights in America. Building owners are prohibited from forcing their tenants to pay rent. Other people now have the right to live in your house for free. America’s housing stock has been nationalized. From here on out, it’s controlled by the Biden administration. But wait a second, you ask. This is America, can that be legal? No, it’s not legal. It’s unconstitutional. The Supreme Court said so clearly. But as Maxine Waters put it, who cares? What are those old judges going to do about it? What army do they control? They’re not doing anything. So the Biden administration ignored our highest court and just did it. Thanks to COVID, the media has decided, they can do that. They can do anything. So they are.

Where does the leave the rest of us? In a word, exposed. Without property rights, protected by a functioning judicial system, American citizens have nothing at all. Everything you thought you owned, very much including your body, now belongs to the Democratic Party. Where you travel, who you speak to, where you live, what you say and write and think — all this is now controlled by the Party. And everything means everything, even your medical autonomy.  And this is funny, because for decades they’ve told us that medical decisions can only be made between you and your personal physician. That is a sacred pact. Politicians have no right to tell doctors what to do. Hey politicians, get your hands off my body. That would be The Handmaid’s Tale. Remember? Turns out they didn’t mean it.

And just to show you how much they didn’t mean it, we take you now to New York City, whose mayor is not only famously incompetent but physically unclean. Of the 340 million Americans now living in this country, Bill de Blasio is the single last person you’d go to for medical advice. His diet consists almost exclusively of bong hits and Pringles. There’s no chance he brushes his teeth every day. Your 17-year-old stoner nephew has much better personal hygiene. And yet, somehow, because Bill de Blasio still has political power due to the fact that a tiny group of people once voted for him, Bill de Blasio has decided to overrule practicing physicians and force his subjects to take medicine they may or may not need, and in some cases that might hurt them, whether they want to or not. That’s the rule. 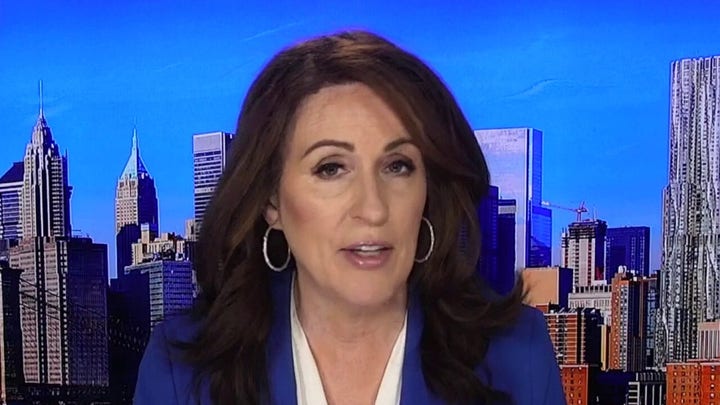 In New York City, you’re no longer allowed to walk indoors, even on private property, unless you've taken a COVID shot and carry the documents to prove that you have. That's now the law — a law that by the way, not a single person voted for — voting being part of that outmoded, racist system we used to call "democracy." No more. According to New York's new order, indoor spaces are off-limits to the unvaccinated. How are we defining indoor spaces? "Indoor spaces are those that have a roof or overhang and three or more walls. In order to enter venues covered by the rule, you will have to show ID along with proof of vaccination."

That’s the law. At a press conference yesterday, Bill de Blasio displayed this graphic showing all the places you're not allowed to go without identification and proof of vaccination. Your papers, please. That includes restaurants, bars, cafeterias, grocery stores, bakeries, fast food places, and aquariums. Hope you’re not hungry or looking to see fish. You can’t go.

THOUSANDS OF FAKE COVID-19 VACCINE CARDS, SOME FROM CHINA, SEIZED BY US CUSTOMS

Businesses in New York are forced to hang posters explaining the mandate near their entrances. They don't own their walls, either. Bill De Blasio explained all this:

DE BLASIO: And it's easy. All you have to do is show proof of vaccination. That could be a CDC paper card, that could be an Excelsior Pass, an NYC COVID Safe app. Whatever works, all you got to do is show that proof and have ID as well.

Oh, it’s totally easy. Just show your medical papers. And this applies only to COVID, by the way. No one is checking your hepatitis or HIV status. That would be terrible. But COVID, yes. It’s absolutely required or you’re not allowed to eat. And all you need is proof of vaccination and identification. But wait a minute. Weren’t we told it’s racist to require ID for voting, but now it’s not racist to require ID for people to go inside of buildings in our largest city? So what does this mean for the 72% of young African Americans who are not vaccinated? They’re not going to be able to go anywhere. So this policy, by the principles of equity, has a disparate impact. That’s the phrase they use to describe racism in action. It affects some groups more profoundly than others. And the group most affected by this is young African Americans.

So how can it stand? Where’s the civil rights division of the Justice Department? Aren’t they jumping on this? It’s worse than a standardized test.

Bill de Blasio didn't explain any of that. People with power don't need to explain themselves anymore. If you don't comply, you're going to jail. Not for looting. That’s fine in New York now. It’s reparations. But failing to follow a law no one voted for and show your papers in a restaurant, that’s something Bill de Blasio will not accept.

DE BLASIO: And we're going to remind people that we really want people to take this seriously. Don't fool around with fake vaccination cards. By the way, it's against the law and there are serious penalties for that.

Serious penalties! What are you going to do to us? The same thing you did to the people who looted Macy’s? Buzz off, Dumbo.

So we asked City Hall in New York to see if we were missing something. They couldn’t answer the question, but told us that people who had concerns can contact the city’s Small Business Hotline for more information, so, like morons, we did that. We followed instructions. The operator on the hotline told us they’ve been inundated with hundreds of calls from people asking the same question, but they didn't have the answer. Sorry. It’s a mystery.

Finally, this afternoon, purely because we’re a news organization and they suspected we might report some of this, City Hall got back to us and finally sent us some guidance. They said that businesses can't allow unvaccinated customers indoors for "anything beyond a quick and limited purpose."

So there are no exceptions to this rule. And that would include people who have already had COVID, and therefore have high levels of protective antibodies in your system. That doesn’t matter. They have to get the shot anyway. Bill De Blasio demands it.

Is that safe? I’ve had COVID. I’ve recovered. I have high levels of antibodies. Not going to get COVID, unlike a lot of people who have just been vaccinated, probably not going to get it. But you can get the vaccine anyway. Is that a good idea? Not a ton of research on this, that’s frowned on now. But researchers at Mount Sinai Hospital have looked into it. They found it may not be safe. It turns out that serious whole-body reactions -- including chills, fever, and joint problems – are far more common in people who’d recovered from COVID and got the vaccine anyway. No one is surprised by this. This is why we don’t vaccinate people against diseases they’ve already recovered from. Except now. They must get the vaccine, even though it doesn’t seem to offer much protection from COVID infection weirdly. Ask Texas governor Greg Abbott. He’s vaccinated. He’s also sick with COVID right now. How’d that happen? What’s going on here exactly? What’s this about? We’d love to know. 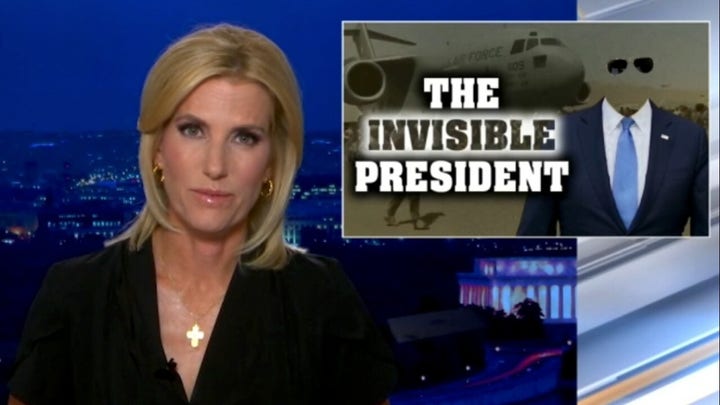 Unfortunately, we’re long past the time when the people in power felt they had to answer even simple questions. The emphasis is on us and our total obedience. The disgraced governor of New York, the second to last person you’d call for medical advice, told more than 600,000 healthcare workers in his state that regardless of what they think about medicine, they must get the shot.

Nobody has a sense of humor anymore. Getting a COVID lecture from Andrew Cuomo? The person single-handedly responsible for the highest death rate from COVID in America. Let’s go ahead and put Idi Amin as the head of the human rights commission next time, shall we? And then not allow anyone to laugh about it.

So, here you have Andrew Cuomo, who may or may not be a made member of the mafia, telling you that he suddenly knows more about COVID than practicing nurses and physicians. He’s telling them what to do. He’s giving them a medical mandate. What's interesting is he feels he has to.

What’s interesting is how many of New York's health care workers remain unvaccinated. They don’t have the information necessary to make that decision. They don’t know enough about COVID? They treat COVID.

Why is that? Maybe before we mandate anything we should answer that question. Why would people in the medical profession be willing to risk losing their jobs over the shot? That’s a sincere question, what’s the answer. Hey Business Insider, hey Atlantic Magazine, hey New York Times, why don’t you do a story on that? And just answer the simple question. And then answer this: why are bureaucrats with no medical expertise whatsoever – Bill De Blasio, the pothead, who doesn’t wash his socks, Andrew Cuomo - telling nurses and doctors what drugs they must take? This is totally nuts.

REPORTER: Houston Methodist hospital requiring all staff members to get vaccinated for COVID-19 or be fired

NURSE JENNIFER BRIDGES: Right off the bat, I pretty much decided I was not going to do it.  Everybody in America should have the right to decide what they put in their body.

REPORTER: Jennifer Bridges has worked at Houston Methodist- in Baytown- more than 6 years.

NURSE JENNIFER BRIDGES: I planned on staying with Methodist the rest of my life.

REPORTER: She spent the last year and a half treating coronavirus patients- and even got sick herself.

NURSE JENNIFER BRIDGES: I just had an antibody test a week ago, but it doesn't count for them.  It doesn't work.

REPORTER: more than a hundred co-workers have joined Jennifer with this lawsuit against the hospital. It claims methodist is forcing its employees to be human guinea pigs.

It's hard to argue with their reasoning, and if you want to argue with it, what’s the argument against it. Speak slowly so we can understand. But no one wants to argue anything anymore. It’s purely about obedience. It’s hardly about medicine. More than 150 healthcare workers in the Houston hospital system were fired. Remember that next time they tell you there’s a healthcare shortage in this country.

This is lunacy. We should not go along with it. It has nothing to do with medicine. It’s a terrifying precedent that if we let solidify, we will deeply regret. This is not about COVID, it is about the existence of rational decision-making in this country and personal autonomy.

This article is adapted from Tucker Carlson's opening commentary on the August 17, 2021 edition of "Tucker Carlson Tonight."