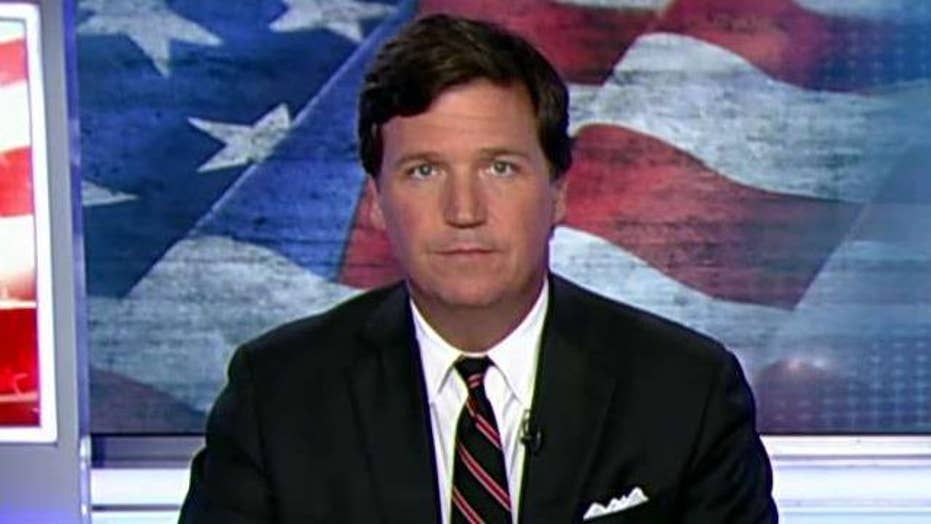 Tucker: When it comes to lying, there's a double standard

We’ve got some shocking news: Lying has been detected in Washington. Mendacity. Deceit. Duplicitousness. Saying things that aren’t true. But it happened. We can prove it.

To be clear, news anchors didn’t do it. News anchors don’t lie. They’re good people. Neither do professional cable news commentators, the ones making millions on the side as lobbyists for foreign governments or big multinational corporations. Commentators always tell the truth. And that’s why they and their scrupulously-honest news anchor friends are so utterly disgusted -- horrified, really - by what retired General Michael Flynn has done.

"Hold on just a minute about who is significant and who isn’t! Flynn lied! " said former CIA analyst Phil Mudd on another cable news station. "The tone should be when you speak to a prosecutor you speak to the truth. Everybody lied!"

"He lied!" says "Don L’Mon" and his news anchor friends. Lied! Lied! Lied! He’s a very bad man. A lying kind of man. The worst kind. He could never work in television. For his crime of lying, Michael Flynn the Liar may soon be locked away in a cell. That would keep the rest of us safe from his perfidious lies. That day can’t come fast enough, say the news anchors. Cuff him. America longs to breathe free once more.

Michael Flynn will be 60 years old next week. The Washington Post calculates he faces five years in prison. Let that be a warning to all of us. That’s what happens to people who lie in Washington.

Or does it? From a golf course somewhere in Dubai, you can almost hear Bill Clinton chucking softly. Lied under oath. Still making $300G a speech.

Not everyone faces the same penalties for lying, it turns out. Mark Zuckerberg came to Washington last spring to talk about Facebook, the soul-destroying social media company that has made him a multi-billionaire. While in town, Zuckerberg stopped by Congress, where -- and you might want to have the kids leave the room for this -- he lied! Yep. Don’t tell Don L’Mon. But Mark Zuckerberg is a liar.

"This is the most important principle at Facebook," Zuckerberg told Congress. "Every piece of content that you share on Facebook, you own and you have complete control over who sees it and — and how you share it. And you can remove it at any time."

Sen. John Kennedy, R-La., asked Zuckerberg, "Are you willing to give me more control over my data?"

"Senator, as somebody who uses Facebook, I believe that you should have complete control over your data," Zuckerberg replied.

Unlike Michael Flynn, Mark Zuckerberg is a hero to the American news media. He’s who they want to be. He’s richer than God. He went to Harvard. He wears t-shirts at work – for real! He’s for open borders. All the cool people like Mark Zuckerberg, even in foreign countries.

Yeah. You have complete control over your data. You control who sees it; you own it. It’s really the most important principle at Facebook. Mark Zuckerberg said so, with a completely straight face.

The only problem: It was a lie. Sorry, kids.

According to a piece in the New York Times, Facebook does not actually allow you and anyone else to control your data. Not at all. In fact, they secretly hand over your data – your personal data - to other big tech companies. That decision made has Mark Zuckerberg even richer.

Unfortunately, he’s had to lie in the process, including to Congress, and that’s a crime. As Robespierre once famously noted, you can’t make an omelet without breaking a few eggs. In this case, the eggs are your privacy.

Apparently, Facebook allowed Microsoft’s search engine to see the names of your Facebook friends without telling you about it. The company also allowed Netflix and Spotify to read your private messages without telling you. There’s no evidence so far that Facebook has a video camera hidden in your shower, but close enough. That’s what Mark Zuckerberg lied about. Not a small lie.

What did Mike Flynn lie about? According to the FBI, Flynn lied about conversations he’d had with the Russian ambassador, Kislyak. Remember him? Flynn said he and Kislyak had never talked about expelling Russian diplomats or about Russia voting in the United Nations on symbolic resolutions. But in fact, they had talked about both things. The feds knew this because they were listening in. There was nothing improper about these conversations. The crime was the lie. It’s always the lie. 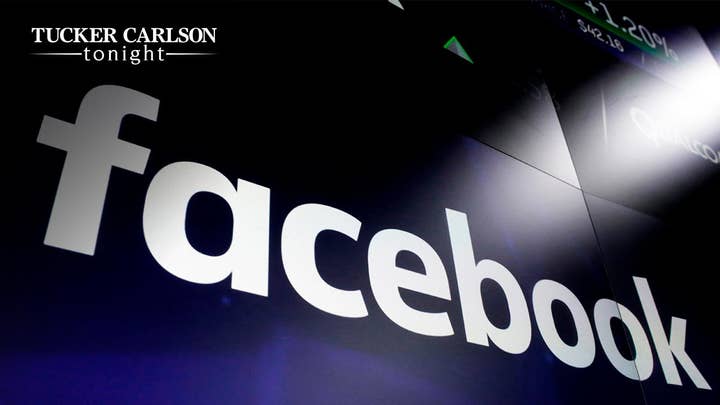 Except when it’s Mark Zuckerberg. He can lie about something that affects hundreds of millions of Americans, but it’s not really a big deal. Zuckerberg is not looking at five years in prison. He will not be sanctioned by Congress, ever.

So, what’s the difference? Unlike Michael Flynn, Mark Zuckerberg is a hero to the American news media. He’s who they want to be. He’s richer than God. He went to Harvard. He wears T-shirts at work – for real! He’s for open borders. All the cool people like Mark Zuckerberg, even in foreign countries.

When the fascist government of China was looking for new tools to repress its own population, you think they went to Mike Flynn for help? I don’t think so. Flynn is tough on China, as old-fashioned as he is. But Mark Zuckerberg, by contrast, was happy to help. As they say at McKinsey, Mark Zuckerberg "gets it."

By the way, what has Mike Flynn ever done for anyone? Thirty-three years in uniform? That’s not very innovative.

Two lies, told by two high-profile Americans. One is going to prison in late middle age. The other will be available for next 40 years or so, for commencement addresses and awards dinners held in his honor. That’s the tale of Mike Flynn and Mark Zuckerberg. It tells you everything.