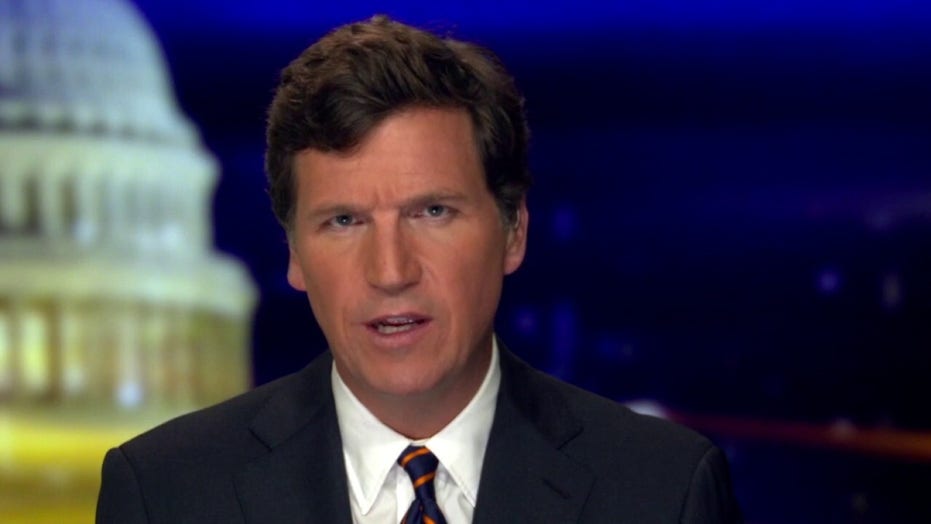 Editor's Note: This article is adapted from Tucker Carlson's opening commentary on the Oct. 20, 2020 edition of "Tucker Carlson Tonight."

What happened to Joe Biden? Remember him? Longtime senator, Obama's VP, now running for president and on the ballot in two weeks? He was last seen a couple of days ago buying milkshakes in North Carolina. Given Biden's present condition, that is worrisome. If you see him wandering in a park or lost in the crafts aisle at Wal-Mart, be sure to alert authorities.

Biden's campaign team assures us there is no cause for concern. The final presidential debate is on Thursday, and he's just preparing for that. That's what they're telling us, and maybe it's true. Maybe Joe Biden really does need a week to prepare for a 90-minute debate moderated by an MSNBC correspondent.

But there are other potential explanations as well. Last week, we learned how Vice President Joe Biden altered this country's foreign policy to help his son's lobbying interests. Big Tech and the national media tried hard to kill that story, but it hasn't really gone away. Facts are like that. They tend to persist. They're hard to erase.

Tuesday afternoon, the New York Post published yet another newsworthy document taken from Hunter Biden's personal laptop. It's an undated photograph that shows Joe and Hunter Biden posing with a man called Kenes Rakishev. Rakishev is an oligarch from the nation of Kazakhstan, the former Soviet republic. He has close ties to that nation's corrupt government. Reportedly, Hunter Biden helped Rakishev stash his fortune here in the United States.

This new photograph reveals that Hunter Biden also provided Rakishev with access to his father. It would be worth knowing a lot more about this before we vote in two weeks. For example, how much money changed hands? What did the Bidens do in return for that money, if anything? We should know and maybe we'll learn the answers because there's an awful lot of material on that laptop.

Leaders of the Democratic Party are very aware of that, of course, and it terrifies them. So they're doing everything they can to prevent you from seeing that information before you make up your mind. And that includes concocting ludicrous and potentially dangerous conspiracy theories about foreign interference in our political system. Monday was a perfect example: A group of 50 former U.S. intelligence officials signed a letter claiming that the New York Post story could very well be part of a secret Russian operation designed to help Vladimir Putin's fellow Slavic dictator Donald J. Trump cling to power.

"Our experience makes us deeply suspicious that the Russian government played a significant role in this case," the letter reads. Now, these are so-called "intelligence operatives." But they offered no evidence to support that reckless, very serious claim. Why didn't they offer any evidence? Because there is no evidence. None exists. Instead, they simply asserted it, which means they simply lied. They lied to the American public in order to influence the outcome of a supposedly free and fair election. Isn't that what they claim Russia does?

In the final days before we vote, they're not even bothering to hide what they're doing or their methods. Senior figures in our vast national security state are working in concert with the Democratic Party to get Joe Biden elected. That sounds nutty even to say out loud. But it's not nutty. It's happening. They're showing us what they're doing. Here's what Sen. Chris Murphy, D-Conn., a thuggish party hack who has been in politics since he was 25 years old, told CNN Tuesday.

MURPHY: I can confirm that their campaign of misinformation and propaganda and interference is bigger, it's broader, and it's more problematic than it was in 2016 ... because the Russians this time around have decided to cultivate U.S. citizens as assets. They are attempting to try to spread their propaganda in the mainstream media rather than just relying on, you know, bots and Facebook posts, as they largely were four years ago. And they've been successful. You know, Rudy Giuliani is effectively a Russian asset at this point.

Sen. Murphy is welcome on "Tucker Carlson Tonight"  any time, any day. He's a coward in addition to being a liar, so he'll never come.

Murphy is telling us the former mayor of New York City is a Russian asset. Keep in mind, for 50 years, Rudy Giuliani has worked for the American government at all levels, from local to federal. But now a sitting senator tells us that Giuliani is a traitor, a treasonous Russian spy. It's too bad you can't sue sitting senators for libel. Chris Murphy certainly deserves that, at minimum. So does John Brennan, the former CIA director. So does the former director of national intelligence, James Clapper. Clapper is a man who lied under oath to Congress on camera, but was never prosecuted for it because he's not Roger Stone. Both Brennan and Clapper signed the letter claiming the Russians are behind Hunter Biden's emails.

What does this mean? We've said it before and we'll say it again and we mean it more than ever: This is an ominous moment. When every power center in the nation -- that includes Big Tech, big media, the finance establishment, the federal spy agencies -- when every power center aligns behind a common political goal, you have a very dangerous axis. That is far too much power concentrated in one place.

Normal people will inevitably be crushed and they are being crushed. But that's OK. The media tell us they deserve to be crushed because anyone interested in learning more about the emails on Hunter Biden's laptop is effectively colluding with the Russians.

Again, none of them are saying that the emails are fake. They're not going to claim that because they know it's not true. The emails are not fake, they are real and everyone knows they're real. And the laptop is real. Hunter Biden signed for it. His lawyer asked for it back. And to this day, no one has shown or even claimed that a single photograph or video or document or email or text message on that laptop -- tens of thousands of them -- is fraudulent, not one.

So they're not even really trying to convince you that Russia did this. They're trying to bully you into shutting up and they're using lies. "Russia did it! Russia, our sworn and former enemy, an empire more evil and more threatening to America even than the twin perils of Poland and Hungary." Those are nations that Joe Biden described just the other day as "totalitarian regimes." Bet you didn't know that Poland and Hungary, tiny peaceful nations in Central Europe, were threats to American national security. Did you know that? Well, they are. Unlike, say, China, which pays far higher consulting fees to everyone in D.C.

On Monday, Director of National Intelligence John Ratcliffe tried to put an end to this. He confirmed that there is precisely zero evidence showing the Russians planted that laptop or invented any of the documents on it or conspired to leak it. Tuesday, a senior federal law enforcement official told Fox News that the FBI and DOJ concur with that assessment. Another law enforcement source has confirmed that the emails are authentic, which we've told you from day one. We've seen a lot of them. They're real.

Now, you may not think they're a big deal, but they're real. The Russians didn't do this. But to our media and sitting members of Congress, all those denials just prove their point.

There's nothing sophisticated or interesting about this. It's store-brand propaganda. They're not even trying to convince you the Russians do it. They don't believe themselves, obviously. And they don't really care if you believe it either. They just want you to stop talking about the New York Post story for the next two weeks while it still matters so Trump can lose. And maybe that will work, we don't know.

But we're also going to have to live here when the smoke clears, and what then? In the mad scramble to unseat the president, our core institutions are being destroyed: A free press, fair elections, spy agencies that won't turn their dark arts on the public, all of that is disappearing.

We should be very concerned about that and we should fight to get those institutions back, no matter what you think of Trump.