Tucker: The left calls the border wall is immoral

Why will Democrats will sign off on border defenses in other countries but not in America?&nbsp;

There is a new Congress here in Washington. But the government shutdown continues as before. The stalemate over border wall funding entered its third week. Each side is betting the other will give in first.

Negotiations continued at the White House Friday. But apparently, they bore no fruit, because afterward, the president emerged to say the situation on our Southern border is so grave, he may be forced to build a wall without Congressional approval. Here’s some of what was discussed when the president faced reporters:

TERRY MORAN, ABC NEWS CHIEF FOREIGN CORRESPONDENT, JOURNALIST: Have you considered using emergency powers to grant yourself authorities to build this wall without Congressional approval? And, second, on Mexico--

DONALD J. TRUMP, PRESIDENT OF THE UNITED STATES: Yes, I have.

MORAN: So, you don't need Congressional approval to build the wall?

Well, Democrats call that extremism. But who are the extremists here? Well, the ones who refuse to defend their country.

The new Speaker of the House has announced that the Democratic Congress will never, under any circumstances, allocate a single tax dollar to build the border wall, not because it's too expensive, obviously, these are the Democrats, but because a wall would violate some previously unknown and never-explained moral code.

Here’s what she said:

SPEAKER PELOSI: “The fact is--

UNIDENTIFIED MALE: The president wants to cut a deal.

PELOSI: --a wall is an immorality. It's not who we are as a nation. It's an old way of thinking.

Well, it's tempting to assume that the Speaker must have misspoken there. But it's hardly the first time she has said that. “Immoral,” “immorality,” she's used those words repeatedly. 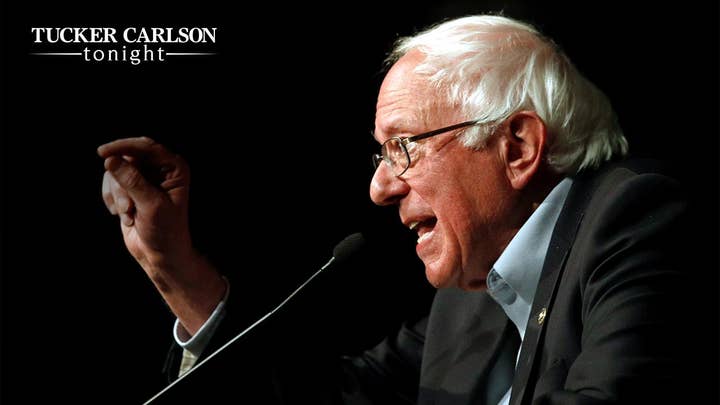 Now, Pelosi is the highest-ranking Democrat in the United States. She's the leader of her party. So, we should not blow this off. We should take it seriously. As a matter of policy, Democrats believe a border wall is immoral. And that raises the question, what do they consider moral?

Sex-selective abortions, paid for with tax dollars, can't get more moral than that.

Antifa, rioting in the streets, all perfectly virtuous.

And turns out, even walls can be moral under the right circumstances. They just can't protect America. Democrats gladly signed off on border defenses for Jordan, Tunisia, and Israel, no problem, glad to do it.

But here, on behalf of our own people? No. Americans don't deserve that.

They're immoral for asking. Those are the parameters of their morality.