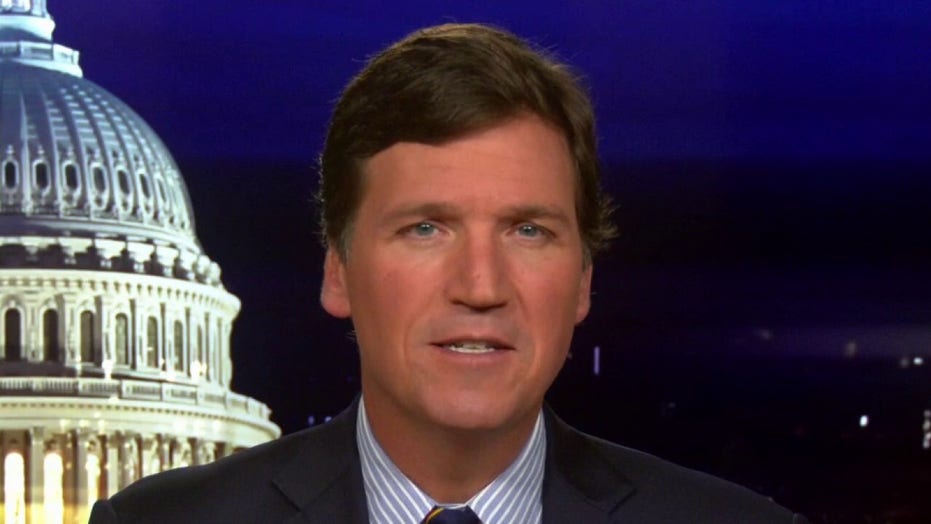 Tucker: What is the scientific rationale for wearing masks?

Editor's note: This article is adapted from Tucker Carlson's opening commentary on the Oct. 13, 2020 edition of "Tucker Carlson Tonight."

If someone had asked you a year ago what you thought of people who wear masks after Halloween, the chances are your reaction would have been negative. What kind of person covers his face in public? Armed robbers do that sort of thing. So do Klansmen and radical Wahhabis. The rest of us don't do that.

In fact, until recently, wearing a mask in public was illegal in many places. The assumption was if you're hiding who you are, you're up to something bad. It made people nervous. By our nature, we want to see each other. We need to see each other. Looking at another person's face is the beginning of connection. Eliminating that connection dehumanizes us. That used to be obvious.

A century ago, during the Spanish flu pandemic, authorities in many cities in this country passed mandatory mask ordinances, just like the ones we have now. Many Americans accepted them, but many others did not. In California, citizens rebelled. In January of 1919, 5,000 members of the newly formed Anti-Mask League of San Francisco gathered to call for the mayor's resignation if he didn't repeal his mask order. Five days later, the mayor complied.  Science vindicated that decision in the end. A year later, a study found that compulsory mask use likely had no effect on curbing the Spanish flu.

We live in a very different time. American society, of course, is far less cohesive than it was one hundred years ago, and Americans seem far more passive. Those who disagree with the prevailing orthodoxy have less power than they've ever had. Mass communications are now controlled by a tiny number of people, all of whom have identical agendas. There is no modern Anti-Mask League. There couldn't be a modern Anti-Mask League. Facebook and Google would shut it down the first day. The governors of Michigan and New Jersey would indict its leaders.

Dissent used to be a defining feature of American life, but no more. Now we have mandatory consensus: Masks are good. Anyone who questions the utter goodness of masks is bad.

What they're really telling you is that masks are magic. What appears to be a flimsy cotton face covering is in fact a holy amulet that protects us from disease.

"I might even go so far as to say that this facemask is more guaranteed to protect me against COVID than when I take a COVID vaccine," Centers for Disease Control and Prevention (CDC) Director Robert Redfield told lawmakers last month. Of course, our politicians didn't need to hear that. They already believed it.

Earlier this month, California's governor, Gavin Newsom, sent this tweet from his office.

Understand? "You're eating with people you live with every day, but be certain to shield your faces as you eat for safety."

Not to be outdone, New York Gov. Andrew Cuomo said in May: "I think it's disrespectful of people not to wear masks. I mean, think about it ... Do I think local government should be enforcing it? And should there be sanctions? Yes. Yes, because it is a public health emergency ... And I think there should be a penalty because you can literally, literally kill someone. You could literally kill someone because you didn't want to wear a mask."

You could literally kill someone, literally. He said it twice. "You selfishly wanted to breathe fresh air and conduct a human conversation. You are John Wayne Gacy."

In August, one Nashville city councilwoman suggested that citizens who don't wear masks could be charged with attempted murder.

"You know, I work for an organization that if they pass a virus, then they are tried for murder or attempted murder if they are not told ..." Sharon Hurt said. "Maybe there needs to be stronger legislation to say that if you do not wear a mask and you subject exposure of this virus to someone else, then there will be some stronger penalty, as it is in other viruses that are exposed."

Harsh words, but then science itself is harsh. Science has no regard for sentiment or public opinion. Science doesn't care about your feelings. Science is about facts, data, truth, measurable outcomes.

So what is the science on masks? It comes, interestingly, from the CDC, whose director has told you that masks were magic, more effective than vaccines. But the numbers suggest otherwise.

A new study conducted by 11 medical institutions analyzed a group of people who tested positive for COVID during the month of July. Here's the interesting part: Among those who were infected, more than 70% reported they had "always" worn a mask for the preceding 14 days. Another 14.4% said they had "often" worn a mask.

In other words, almost everyone who got the coronavirus in July was wearing a mask and they were infected anyway. So clearly, this doesn't work the way they tell us it works. Clearly, someone's been lying to us -- many people, actually.

How did this happen? Well, the short answer is we're not sure how so many people got the coronavirus while wearing masks, but there are clues -- clues that our leaders appear to be ignoring.

Here's one: According to a study published in April by researchers at several medical institutions, including the Cleveland Clinic, surgical masks are actually ineffective at stopping the inhalation of small airborne particles. Instead, the researchers found that surgical masks -- which almost everyone is using to protect themselves from the coronavirus and not murder other people -- are actually only useful for protecting users from "large droplets and sprays." That's not how the coronavirus spreads.

According to a letter signed by several researchers earlier this month in Science magazine, the biggest threat from the coronavirus by far is what is contained in small particles that can easily bypass facemasks in aerosol form. Droplets quickly fall to the ground, but aerosol lingers.

The researchers wrote that the tiny particles can remain in the air "for many seconds to hours, like smoke, and be inhaled." The particles are "highly concentrated near an infected person ... But aerosols containing infectious virus can also travel more than [six feet] and accumulate in poorly ventilated indoor air, leading to superspreading events."

If you've been wearing a mask at the table in between bites, this might come as a surprise to you. It's not what they told you. You should also know the consensus changes. They never admit it, but it does. Science changes as we learn more. It was only a few weeks ago that the same people yelling at you now for not wearing a mask were scolding you for considering buying a mask.

On March 8, Anthony Fauci told us that masks were pointless in the United States.

"People should not be walking around with masks," he told CBS' "60 Minutes." "There's no reason to be walking around with a mask. When you're in the middle of an outbreak, wearing a mask might make people feel a little bit better and it might even block a droplet, but it's not providing the perfect protection that people think that it is."

All of us are learning about this on the fly. It was a new disease. There are a lot of things we didn't know. But to pretend that you are speaking God's word and rearrange our society on the basis of that and never acknowledge that you were completely wrong, that your assumptions were false, that's the definition of dishonesty.

It's also the hallmark of the people who lead us. They know nothing.