Tucker: What a freak show

About 20 minutes into the 2016 presidential campaign, it was pretty clear the American media were horribly addicted to Donald Trump. They hated Trump, obviously, but they also needed Trump in order to live. And that's the face of addiction. If you have ever seen a person grimace while gulping warm vodka before breakfast with shaky hands, you know what it looks like.

So there was really never any question about what was going to happen for sure when news organizations were finally cut off from their vital daily supply of Donald Trump. They're going to collapse in a pile, and that's exactly what they've done. They've collapsed.

On Tuesday, for example, not a single show on CNN - once the most important cable news channel in the world – "This Is CNN" – Not a single show in the whole channel approached even 800,000 viewers. That's really low. Chris Cuomo would be better off doing free concerts in the park, which in fact, he may soon be doing. So with Trump gone, the old formula no longer works. That's easy to understand. What's more confusing, harder to understand is how they've responded to this fact. So let's say you'd made billions of dollars over the years selling Rice Krispies Treats to a hungry public. Dentists may have complained about what you were doing, but for you, it was always a great business, and you assumed it would go on forever because we always think everything good will go on forever. But it doesn't.

Over time, consumers started to figure out that a marshmallow coated with breakfast cereal - not a very healthy food option. It tastes great at first, eat enough and it starts to make you feel sick. So they began to buy less of what you were selling. Following this?

How would you react to that? Well, if you were smart, you'd probably rebrand. You change the color, you'd throw in some vitamin additives, you rename the product, you might call it "crunchy kale treats" or "healthy life nutrition bars." You'd have figured out that people don't want sugary garbage. They want something that's good for them, so you would sell it to them. That seems like a pretty rational choice.

What you probably wouldn't do if you were selling Rice Krispies Treats to a rapidly shrinking market is convince yourself that we're not in the snack food business, but instead on some kind of mission from God. You would not claim that eating marshmallows is a vital moral imperative. You would not attack your own consumers for preferring something else. You would not denounce them as morons or racists for eating less sugar.  You wouldn't try and ban the Atkins diet or make Keto illegal. It would be insane, you’d go bankrupt if you did that. 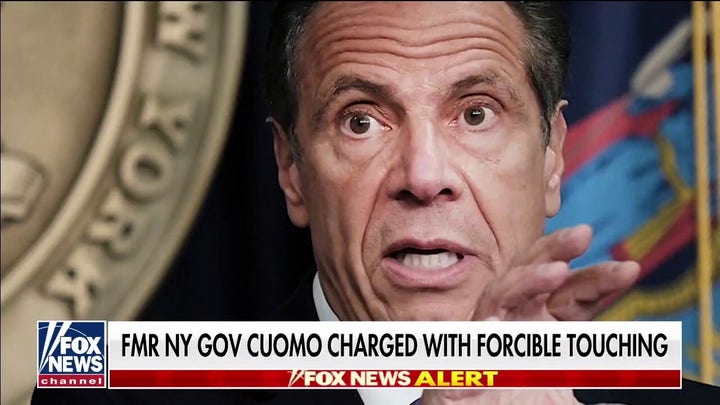 And yet that's exactly what the legacy media have decided to do as they face extinction. They've amped up the moral outrage, they've turned the self-righteousness all the way up to 11. And above all, they pretended that nothing has changed and that Donald J. Trump still strides the horizon like a great orange colossus who threatens the very existence of this fragile nation. We're not overstating it. Here's a recent sample of cable news coverage in this country, and keep in mind that every one of these clips was recorded this week.

POPPY HARLOW: President Trump continues to push lies about the election, about election results across the country.

DON LEMON: Where where would we be today if the Trump White House simply listened to the science?

WOLF BLITZER: As President Trump has found a surprising new platform to spread the Big Lie.

MOLLY JONG-FAST: I mean, the thing with Trump is Trump is always bad for democracy.

ERIN BURNETT: It has metastasized much far beyond President Trump, right from multiple sources. I hear you there. However, the original cancer was President Trump.

What a freak show. No wonder nobody watches who would watch that? but listen to what they're saying. Trump wants to overturn the next election, screams the pudgy midget. They all do. OK, got it.

But the fact is that Donald Trump is no longer the president of the United States. He's golfing right now in Florida. Good for him. How about covering what's happening in America right now trying to change? Maybe you could explain it to us or even tell us about it? Nope. They refuse. And they refuse because they are caught in an earlier age. They can’t adjust to a new reality. It's depressing when you think about it, that's going to be all of us someday. It's certainly very sad for them. 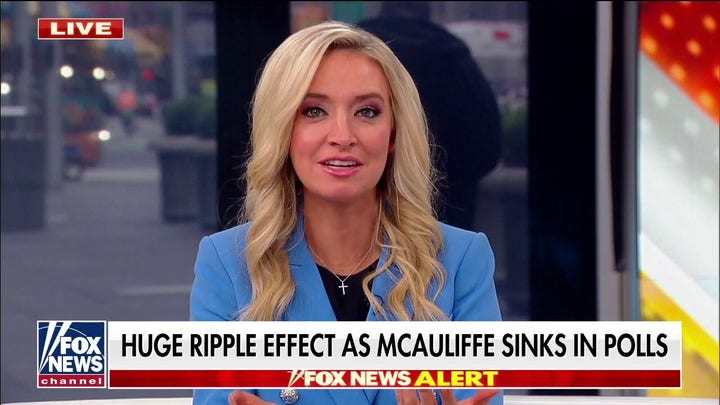 Just a few years ago, hosting a Sunday show on television was considered a very big deal, especially in Washington. Now nobody cares. It's irrelevant. Imagine if you're the host of one of those shows. Chuck Todd doesn't need to imagine he is the host of one of those shows. He spent his entire life trying to get this gig, only to discover once he got it, that it's not worth having. No wonder he seems so bitter and fragile. Here he is earlier this year:

SEN. RON JOHNSON: This was started when the mainstream media dropped any pretense of being unbiased and actually chose sides during this election. This fire was started when you completely ignored, for example, our investigation of Hunter Biden. No evidence of wrongdoing there and now we find out after the election, no there is a fair amount of evidence to the point that we have a real FBI investigation.

CHUCK TODD: Senator, All right, I’ve had enough of hearing this.

SEN. RON JOHNSON: Listen, I've had enough of this, too. It's the saddest thing in it is creating a situation where Republicans and conservatives do not trust the mainstream media. And that is what that is, what is destroying the credibility of the media and our institutions and really the destruction of confidence in the institutions.

Senator, I've had enough. Chuck Todd literally can't even bear to listen to someone criticize the American news media. Nobody has to now. Settle down, Chuck. No one is interested in what you think anymore, your moral authority is long gone along with your relevance, you’re shouting into the void. They all are. Deep down, Chuck Todd knows that. They all know that. But rather than accept the truth about themselves and their careers, rather than change their behavior or acquire brand new skills - that would be nice - or gracefully retire to Cabo, again, this is coming for all of us, They won't.

They have one final hope for keeping the scam alive and its censorship. So the dying media companies have convinced themselves that somehow they can get the government and their friends in the tech monopolies to shut down their competitors, Maybe they can keep it going. Maybe they'll be important and lucrative businesses again. Maybe we can return to 2003, a time when people delayed their golf games to watch Meet the Press. Wouldn't it be great? That's their goal. Deluded as it is.

And it explains why all of a sudden journalists, of all people, are leading the charge against the First Amendment that you thought made their jobs possible. This tells you exactly why they hate Fox News so obsessively and Substack, too. This is the key to their campaign against what they call misinformation. Now, if you're a literal-minded person - we certainly are - you laugh every time you hear them say that. Misinformation? Aren’t these the exact same people who told us that Putin got Trump elected? The ones you swore that some high school kid from Kentucky was in the Klan? Yeah, same people.

So of course, they're not against misinformation. Obviously, the point is they want to restore their monopoly on it, and that's what they're trying to do.

This article is adapted from Tucker Carlson's opening commentary on the October 29, 2021 edition of "Tucker Carlson Tonight."