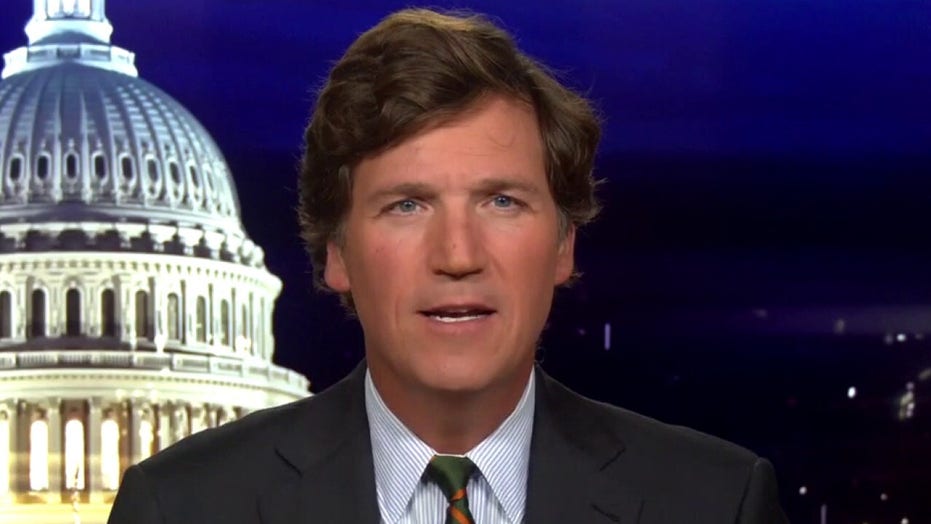 Any day now, Joe Biden will announce his pick for the actual Democratic nominee. That's the person who will run the government if Biden wins in November.

We've been telling you about this process for weeks now. We've taken a closer look at three potential candidates, all of them are said to be on Joe Biden's shortlist for the job. They are Stacey Abrams, Karen Bass and Kamala Harris.

Now in a normal year, no mainstream candidate would consider any of these people -- all of them would be disqualified without debate.

Karen Bass is a lunatic Fidel Castro acolyte, who praise Scientology and once belonged to an armed revolutionary group. She's out.

Kamala Harris, meanwhile, is so transparently transactional that even Democratic primary voters who have a strong stomach found her repulsive. Pretty much no one who knows Kamala Harris likes her.

So overall, it's not a Blue Ribbon group.

But according to Joe Biden, this isn't a normal year and the normal standards don't apply. For what could very well be the most important job on Earth, Biden has decided to hire exclusively on the basis of qualities that are both immutable and completely irrelevant -- race, and gender. And that's it.

But wait a second, you ask, isn't that insulting? Isn't it wrong? Isn't it probably illegal? Yes, it is all three of those things. But no one is pushing back against it, so Biden is doing it.

The problem is that all three of the people we just told you about might wind up in the end hurting the Biden campaign. They're just too unimpressive to run.

Biden's handlers seem to have figured this out. Above all, the Democratic Party wants to win this year. They're not in it for sentimental reasons or for love of Joe Biden. They're in it for the power and they want it -- badly.

So on Monday, the odds seemed to shift dramatically in another direction, away from Karen Bass and Kamala Harris and Stacey Abrams, and towards someone you have seen before. That would be former National Security Adviser, Susan Rice.

As of right now, Susan Rice appears to be in the lead for the VP slot. That's an interesting development.

Say what you will about Susan Rice and we're about to, but she is not a buffoon.

Susan Rice is smart. She is hard-eyed. She is experienced.

Susan Rice knows exactly what she wants and she understands the system well enough to get it.

She is a threat.

So to our political class, Rice is the opposite of an outsider. She's the home team. Like almost everyone in Washington, she is above all, a fervent neocon.

As a member of Obama's cabinet, she pushed for the counterproductive killing of Muammar Qaddafi in Libya.

She has never apologized for that. She should.

Then in the Clinton administration, she supported the bombing of a pharmaceutical factory in Sudan. And needless to say, it goes without saying, really, Rice led the chorus of liars who claimed that Donald Trump was secretly a Russian agent. Here's what she said:

SUSAN RICE, FORMER U.S. NATIONAL SECURITY ADVISER: He has taken a series of steps that had Vladimir Putin dictated them, he couldn't have mirrored more effectively. What his motivations are, I think is a legitimate question. One that I trust that the Special Counsel is investigating, but the policies that this President has pursued globally have served Vladimir Putin's interests in dividing the West, undermining democracy.

GEORGE STEPHANOPOULOS, ABC HOST: Does that mean you think it's an open question whether or not he is compromised by Russia?

RICE: George, I don't know what his motivations are. I think that's a legitimate question.

Now, to be perfectly clear, this is not someone who is just throwing words out. This is someone who is highly sophisticated in the nuances of foreign policy.

In other words, Susan Rice knew perfectly well when she said what you just heard that it was false. She knew that much of this administration's actual agenda from arming Ukraine to expanding domestic energy production here in the U.S., hurt Russian interests badly.

And yet, Rice didn't acknowledge that. Instead, she smeared the president as a Kremlin pawn.

In fact, what Rice objected to were Trump's foreign policy views -- views which not incidentally, the majority of Americans say they support.

But Rice doesn't care either way.

Here's her reaction to the administration's plan to remove troops from Syria.

RICE: I woke up this morning to hear that news, and as I do, it seems like six days a week, I just put my head in my hands. This is [bleep] crazy.

It's crazy to bring troops home from a country that we have no strategic interest in, who are there to fulfill a mission we can't articulate. That's crazy. But that's a consensus view in Washington.

When the U.S. consulate in Benghazi was destroyed in 2012, Rice herself said something that was actually crazy.

She blamed that attack on an online video. Once again, Rice knew when she said it, it wasn't true, but she said it anyway. Here is what she said in a series of interviews:

RICE: What sparked the recent violence was the airing on the Internet of a very hateful, very offensive video. …

It began spontaneously in Benghazi as a reaction to what had transpired some hours earlier in Cairo, where of course as you know, there was a violent protest outside of our embassy sparked by this hateful video. …

What happened in Benghazi was in fact, initially a spontaneous reaction to what had just transpired hours before in Cairo. …

What happened this week in Cairo, in Benghazi, and in many other parts of the region --

RICE: Was as a result, a direct result of a heinous and offensive video.

It was heinous. It was offensive. It was hateful.

This video which dared criticize radical Islam. People saw this, they were so offended that they justifiably rose up and started shooting Americans. That was the implication of what she said.

But Rice knew that was a lie when she said it. She knew the attack in Benghazi was not spontaneous. It wasn't based in outrage and it was not staged in response to that or any other video.

She knew that because her own intelligence reports made it perfectly clear. But it was an election year, and Rice said what she had to say.

By the way, the man who actually made the video, the heinous offensive, hateful video was a Coptic Christian. He was arrested after Rice's appearances on television. He was jailed without bail.

It was a purely political prosecution of the kind the rest of us reassure ourselves doesn't happen in this country, but unfortunately sometimes does. Whatever happened to that man? No one checked. We did today.

Four years later, he was living in a homeless shelter. His life was completely destroyed.

Susan Rice has never apologized to him. She doesn't appear to have even looked back.

Has Rice committed legal crimes? U.S. Attorney John Durham is looking into that right now and of course, we'll bring you the results of that investigation when they finally appear. We're still waiting.

We do know, though, that Rice monitored conversations that Trump advisers were having with foreign officials, and then requested the unmasking of those advisers. Rice was asked about this in a television interview, and here's how she responded.

JUDY WOODRUFF, PBS NEWS HOUR: During the transition after President Trump had been elected, that he and the people around him may have been caught up in surveillance of foreign individuals and that their identities may have been disclosed.

Do you know anything about this?

RICE: I know nothing about this. I was surprised to see reports from Chairman Nunes on that count today.

Here's just a pro tip in case you're watching his interviews at home. When a political figure laughs in a way that suggests not real mirth, but nervousness in the middle of an answer. That's a tell. That they’re lying. And in fact, she was lying in that interview. We know that for certain.

The other thing we know for certain is that Susan Rice will say whatever she thinks it takes. So, it's not surprising that Joe Biden is considering her and he definitely is.