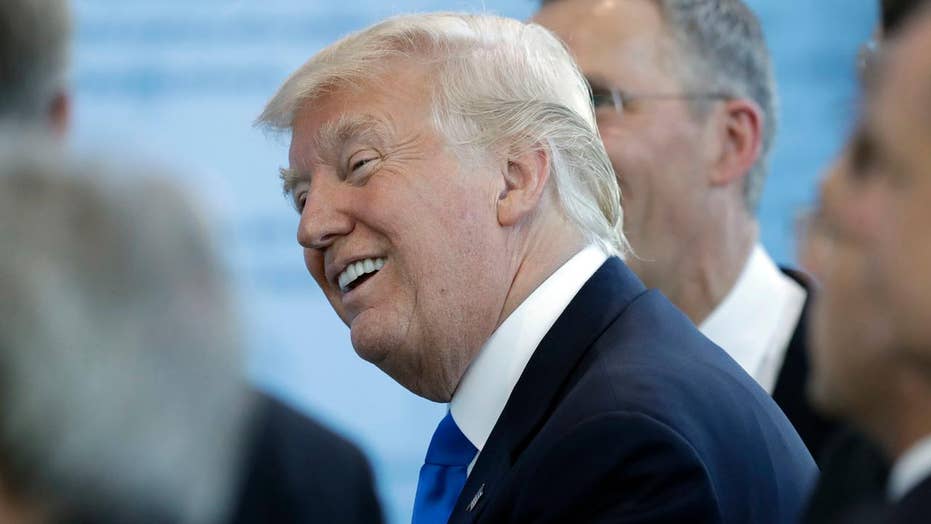 Will Trump return from Europe a changed president?

Weeks ago, I wrote the first installment of TRUMPING YOUR LIFE, delivering three ways you can change your life by following the example of President Trump.

This is the second of five installments I plan to share. If you take this Trump-inspired self-help advice seriously, I believe it will significantly improve your existence.

As a reminder, these were the first three ways to begin TRUMPING YOUR LIFE:

1) Don’t let anyone tell you you’re not good enough to work toward any goal. Just don’t forget the work.

2) Don’t mimic your competitors. Have the courage to be authentic.

3) Let yourself be righteously angry when people take you for a weakling, a fool or a fraud.

4. Assume you will encounter increasing resistance as you pursue big and worthy goals.

Small minds, intent on stalling or frustrating real change, become increasingly obstructive in the face of bold momentum. Unfortunately, people who don’t know how to achieve great things often derive feelings of power by standing in the way of them. Rather than being disheartened by this opposition, you should do what I believe Donald Trump does: Interpret resistance to your loftiest goals as a sign that you are truly on a road to something genuine and important. Turn the friction you feel from small minds into fuel for your intentions. Double down.

5. Don’t be afraid to speak about things like friendship and love. Among strong people, connections of the heart are very powerful.

President Trump is known for pointing out friends in big crowds. He talks openly about loving places and people and projects. He is clearly pained by cruelty to children. After receiving a long round of applause during a recent speech in Israel, he paused to say, “I like you, too.” Being powerful doesn’t mean you need to be austere. Creativity is enhanced by a willingness not to be so intent on appearing courageous that you can’t be very powerfully moved by emotion. Sure, Trump is tough and can be moved to anger. But he also seems able to laugh and to love.

You should feel free to speak from your heart, not just your head. People will hear you even better.

6. After hard-fought battles, whether you win or lose, don’t assume your competitors can’t become your partners.

President Trump reached out to candidates he fiercely debated during the Republican primaries and turned more than one into an ally. Secretary of Housing and Urban Development Dr. Ben Carson comes to mind. So does Gov. Chris Christie. Burning bridges may feel satisfying when you do it, but you can easily find yourself alone, on an island. The truth is that most people are pretty forgiving and can set aside some hurt feelings or even very bruised egos to pursue worthy goals with former adversaries.

You have to ask to mend fences, of course. You have to be willing to extend an olive branch — or two or three — even after wielding a bat. And that takes some kindness and courage and faith. But you will be repaid through synergies that might never have developed had you let your ego interfere with the greater good.

So, there you have it: A total of 6 ways to start TRUMPING YOUR LIFE. Stay tuned for the next three . . .