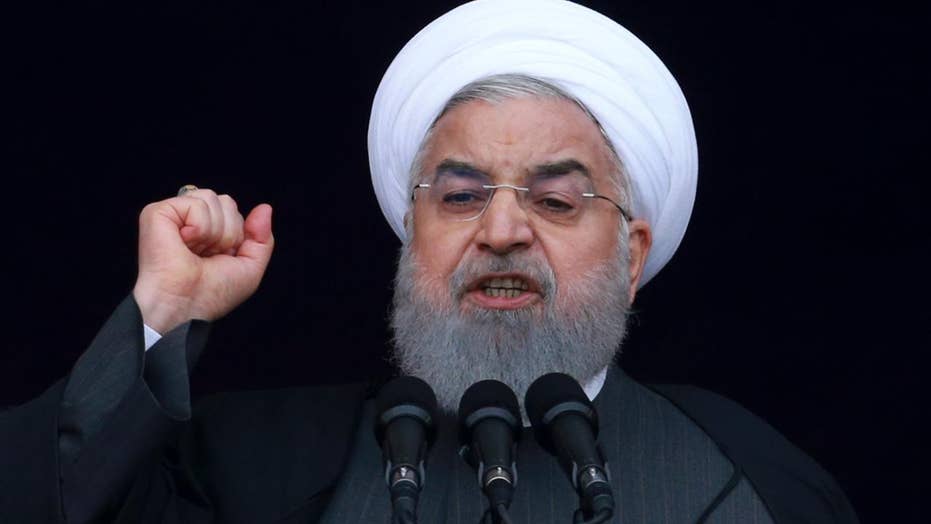 President Trump understands that Iran is the root cause of terrorism in the Middle East and beyond and poses a danger to America and our allies.

This is why the president is so concerned by the Islamic Republic’s support for terrorist groups, its intervention in foreign wars, its creation of unrest in sovereign countries, and its determination to possess nuclear weapons and long-range missiles.

On the 40th anniversary of the revolution that brought Islamist tyrannical rule to Iran, President Trump tweeted last week: “40 years of corruption. 40 years of repression. 40 years of terror. The regime in Iran has produced only #40YearsofFailure. The long-suffering Iranian people deserve a much brighter future.”

There is no doubt that Iran’s ultimate goal is to possess nuclear weapons. The question is not if Iran will have a nuclear weapon, but when – unless the radical regime is stopped.

Because he understands this, President Trump wisely withdrew in May from the deeply flawed and ineffective nuclear deal with Iran signed by the Obama administration and other nations.

And this is why the president sent Secretary of State Mike Pompeo to a conference in Poland last week to put pressure on our European allies to keep Iran and its missile program contained.

Unfortunately, the Obama Iran nuclear deal gave new life to Iran’s nuclear ambitions as well as its export of terror in the Middle East and beyond.

Israel is particularly threatened by Iran, because Iranian leaders have repeatedly stated that their goal is to wipe Israel off the map. And this is not just rhetoric. If Iranian leaders thought they had it within their power to utterly obliterate the Jewish state they might actually be foolish enough to try it.

Already, Iran’s latest provocations in Syria have led to direct military confrontation with Israel there. A nuclear-armed Iran could escalate the conflict to horrific proportions.

If Israel on its own cannot stop Iran’s advancement to become a nuclear power, then it is up to the U.S., Israel and our allies to do it together.

This is not only about the survival of the Israel. This is about the preservation of sacred and valued places in Israel and controlled by Israel.

Israel is the protector of not only the most holy sites of Judaism, but of Christianity as well. Israel protects these sites because it has a respect and belief in the freedom of religion. In fact, Israel protects Islam’s sacred Al-Aqsa Mosque and Dome of the Rock shrine in Jerusalem.

The most sacred sites in Israel and in areas controlled by Israel include the four holy cities of Jerusalem, Hebron, Tiberius and Safed.

Israel’s capital of Jerusalem is the holiest city for Jews and is considered the “soul” of the Jewish state. The most sacred site in Judaism is here – the Western Wall of the Second Temple in the Old City.

According to tradition, Hebron, on the West Bank, is the burial site of Adam and Eve and the Jewish Patriarchs. The Bible states that Hebron was the capital of King David.

Tiberius, on the shore of the Sea of Galilee in northern Israel, is the place where the Jerusalem Talmud was written and was the center of rabbinical study in the 18th and19th centuries.

Safed in northern Israel became a holy city when Jews came there in large numbers after being expelled from Spain in 1492.

There are a whole host of other biblical places, too numerous to set forth here, located throughout Israel and the West Bank.

Christianity’s most holy sites in Israel and the West Bank include: Bethlehem, the birthplace if Jesus; Nazareth, where Jesus grew up and began his ministry; Jerusalem, the home of the Church of the Holy Sepulcher and the Stations of the Cross; and Golgotha, the place outside the walls of Jerusalem where Christian tradition says Jesus was crucified.

The holiest site of Islam is not located in Israel or any area controlled by Israel. The site is Mecca in Saudi Arabia, the birthplace of the prophet Muhammad where the Kaaba, a building considered holy, is located.

Radical Islamists know that if they destroy Israel they can destroy the holiest sites of Judaism and Christianity as well. They know that our civility would prevent us from attacking their most holy site of Mecca since the Saudis would stay neutral in any attack to prevent them from being destroyed.

Once the holiest sites of the Western World are wiped off the face of the Earth they could never be replaced.

We must not allow Iran to get its hands on the world’s deadliest weapons. Now is the time to stop Iran. We cannot let the nation make good on its threats. Not just for our own interests but for the very survival of critically important sites of Western religion, culture and civilization.

Now is also the time for Arab nations to choose their side and unite in a common cause with America and Israel against the Iranian menace. Israel is not a detour to peace in the region – it points the way to achieve peace.