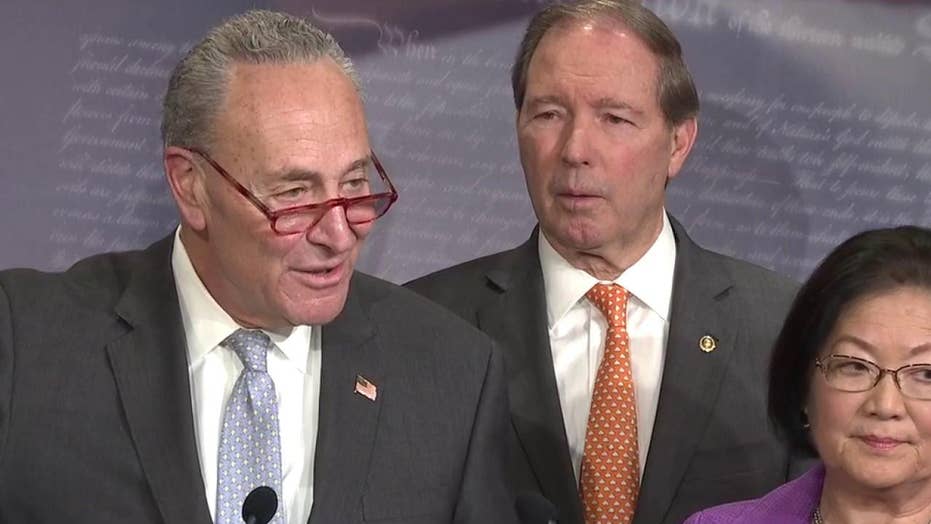 The American public has now heard two full days in the Senate’s impeachment trial of President Donald Trump. Democrats are boring Senators and countless Americans around the country with their monotonous drabble, but their dangerous rhetoric to delegitimize President Trump’s administration and legacy has spiked.

During Wednesday’s proceedings – the first of three in the Democrats’ arguments – Democrat House managers continued to spin the tale that they had concocted in the House to impeach the president. Rep. Adam Schiff called it a “narrative,” and Rep. Jerry Nadler called it a “story.” They weren’t wrong.

If you listen closely, Democrats are sowing seeds of doubt in the legitimacy of President Trump’s 2016 election – and also in the 2020 election. They continue to harp on the Russian collusion hoax, proof that the Mueller investigation was always meant to be used for this moment. And they state, under no uncertain terms and with no direct evidence, that President Trump was using his office to cheat in the 2020 election.

During Tuesday’s impeachment trial opener in the Senate, Schiff provided the prototypical moment of misdirection, misapplication of theory to facts, and quite frankly, a moment of irony, when he asserted that, “If you tell a misstatement over and over again, it does not make the statement true.” Yet, in Tuesday’s opening salvo, Democrats repeatedly argued things that were simply not true with hopes of convincing the Senators and American public that their concocted stories were fact.

The facts are clear: Democrats failed to complete their investigation in the House because they were in a hurry to move the issue to the Senate, telling the public that President Trump was a threat to national security.

The Democrats’ presentation was slick and clumsy at the same time as both sides argued over the amendments setting up the structure of the trial. The Democrats’ prevarications, presumptions, and padding of the evidence were aspirational and flowed from their lips smoothly but unartfully. While claiming that the evidence was not contested, they were demanding additional documents and witnesses that they could have pursued when conducting the impeachment proceedings in the House. Presumably, because they did not send articles of impeachment to the Senate with enough evidence to make the case beyond a shadow of a doubt, they are hoping for the Senate to complete their dirty work.

The facts are clear: Democrats failed to complete their investigation in the House because they were in a hurry to move the issue to the Senate, telling the public that President Trump was a threat to national security. And even then, after the passage of the articles, Speaker Pelosi undermined the Democrats’ argument for urgency by withholding transmittal of the impeachment documents to the Senate for almost a month.

The Democrats claimed that it was necessary to remove President Trump immediately and thus they did not have time to pursue legal remedies for what they now term “Obstruction of Congress.”

Jerry Nadler is “Exhibit A” of how the Democrats are abusing the impeachment process. Wednesday night, he argued that former National Security Adviser John Bolton should be compelled to come to the Senate and testify.

Nadler took 20 minutes to tell a fairytale of what he thinks Bolton would say. Nadler’s assertion of the anticipated Bolton testimony was aspirational, yet baseless. Indeed, his fable followed the pattern of his fellow attack dog Schiff who is famous for making up his own set of facts. 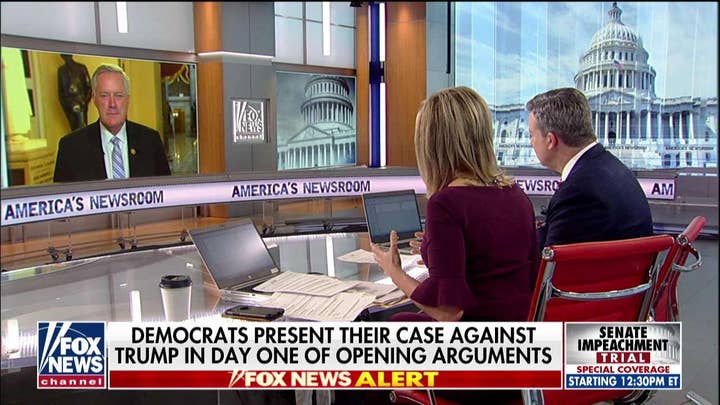 Democrats failed to follow House protocols during the impeachment process, which require a committee vote to issue a subpoena to a recalcitrant witness. If a congressional subpoena is issued and served, and the witness fails to come before the committee, the appropriate remedy is for the House to take the matter to court. In that judicial proceeding, a judge will then determine whether there is an appropriate reason, such as executive privilege, to protect the witness from testifying. The judge can narrow or widen the protection or deem it inapplicable all together.

Nadler would have the world believe that House Democrats acted with fairness, comprehensiveness, temperance, and benign aggressiveness. Nothing could be further from the truth.

Democrats never issued a subpoena to Bolton. Democrats never sought a remedy for what they now claim to be abuses, in the courts, or even in Congress.

Quite simply, Democrats are best at insinuating their purity while hypocritically failing to follow the rules and the precedents that previous generations of Democrats and Republicans have established. And while they conveniently forget their injustices, they whine that they are oppressed.

And all throughout the proceedings, the Democrat's impeachment managers hectored the Senators from their tower of self-righteousness, leaving one to wonder if there is an honest, self-reflective member of the team of Democrats who have pursued the president for three years.

The Democrats’ persistent failure to appreciate reality suggests why they dissemble. On the other hand, perhaps they find the truth so hard to relay to the Senate and the American public because they know they have no case for impeachment.