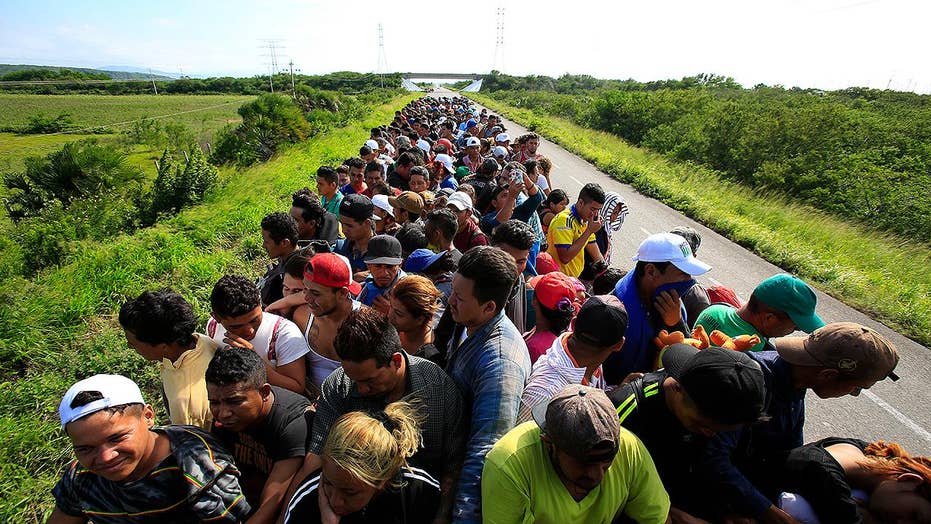 Is birthright citizenship in the Constitution?

“It was always told to me that you needed a constitutional amendment,” to end birthright citizenship, the president said. “Guess what? You don’t.”

Conservatives should reject this nativist siren song and reaffirm the law and policy of one of the Republican Party’s greatest achievements: The 14th Amendment to the Constitution.

According to the best reading of the amendment’s text, structure and history, anyone born on American territory – no matter what his or her national origin, ethnicity or station in life – is an American citizen.

The original Constitution never defined American citizenship. In the notorious Dred Scott case before the Supreme Court in 1857, Democratic defenders of slavery ultimately persuaded Chief Justice Roger Taney and a majority of the court that African-Americans could never become citizens – even though they had been born in the United States.

Republicans, victorious in the Civil War, enacted the 14th Amendment to directly overrule the Dred Scott decision by declaring that all people born in the U.S., irrespective of race, were citizens. The amendment further removed from the political process the ability to abridge the citizenship of children born to members of disfavored ethnic, religious or political minorities.

Thus, the 14th Amendment declares: “All persons born or naturalized in the United States, and subject to the jurisdiction thereof, are citizens of the United States and of the State wherein they reside.”

According to the best reading of the amendment’s text, structure and history, anyone born on American territory – no matter what his or her national origin, ethnicity or station in life – is an American citizen.

Birthright citizenship is one of those rules that indeed makes America different from Europe – not, as President Trump believes, to the bad – but all to the good.

America’s character as a nation of immigrants, where citizenship does not come from the blood of your parents, makes it exceptional and different from Europe.

The only way to avoid this straightforward understanding is to misread the 14th Amendment’s text, “subject to the jurisdiction thereof,” as an exception that swallows the rule.

The 14th Amendment’s reference to “all persons born or naturalized in the United States, and subject to the jurisdiction thereof” refers to children who are born in U.S. territory and are subject to American law at birth.

Almost everyone present in the United States, even immigrants who are not citizens, comes within the jurisdiction of the United States. If the rule were otherwise, aliens present on our territory could violate the law with impunity.

Critics, however, argue that “subject to the jurisdiction thereof” must refer to those who bear allegiance to the United States – that is, those whose parents are already citizens.

Otherwise, the argument, goes, the jurisdiction language is redundant with being born on U.S. territory. But at the time of the framing of the Constitution and of the 14th Amendment, there were discrete categories of people who could be on U.S. territory but not subject to our laws, such as diplomats and enemy soldiers occupying U.S. territory during war.

The 14th Amendment’s drafting history supports this reading. The Civil Rights Act of 1866, which inspired the amendment, extended birthright citizenship to those born in the U.S. except those “subject to any foreign power” and “Indians not taxed.”

If the 14th Amendment’s drafters had wanted “jurisdiction” to exclude children of aliens, they easily could have required citizenship only for those with no “allegiance to a foreign power.”

Congressional critics of the 14tth Amendment recognized the broad sweep of the birthright citizenship language.

Sen. Edgar Cowan, R-Pa., a leading opponent of the 14th Amendment when it was being debated in Congress asked: “… is the child of the Chinese immigrant in California a citizen? Is the child born of a Gypsy born in Pennsylvania a citizen?”

Sen. John Conness, R-Calif., responded yes, those children were citizens. He later lost his seat due to anti-Chinese sentiment in his state.

The original public meaning of the 14th Amendment – which conservatives properly believe to be the lodestar of constitutional interpretation – affirms birthright citizenship.

President Trump and other critics of birthright citizenship are not only war with the constitutional text and history, but with precedent and tradition.

In the Wong Kim Ark case (1898), the Supreme Court upheld the American citizenship of a child born in San Francisco to Chinese parents, who themselves could not become citizens.

The high court held that “the Fourteenth Amendment affirms the ancient and fundamental rule of citizenship by birth within the territory, in the allegiance and protection of the country, including all children here born of resident aliens.”

The Supreme Court also explicitly rejected the argument that aliens, because they owed allegiance to a foreign nation, were not within “the jurisdiction” of the United States.

Critics of birthright citizenship respond that the Ark case did not involve illegal aliens and therefore doesn’t apply to children of undocumented migrants. But in 1898, federal law did not define legal or illegal aliens, and so the court’s opinion could not turn on the legal status of Ark’s parents.

In Plyler v. Doe (1982), moreover, the Supreme Court held that the 14th Amendment required Texas to provide public schooling to children of illegal immigrants. All nine justices agreed that “no plausible distinction with respect to the 14th Amendment ‘jurisdiction’ can be drawn between resident aliens whose entry into the United States was lawful and resident aliens whose entry was unlawful.”

Proponents of “allegiance” citizenship also do not appreciate the consequences of opening this Pandora’s Box. The notion of national loyalty is open-ended, requires person-specific determinations, and would put the government in the business of reviewing the ancestry of its citizens.

The federal government and the states would have to pour even more resources into an already dysfunctional bureaucracy that cannot even control the borders. Reading allegiance into the 14th Amendment would largely defeat the intent of its drafters, who wanted to prevent politicians from denying citizenship to those they considered insufficiently American.

The 14th Amendment settled the question of birthright citizenship. Conservatives should not be the ones seeking a new law or even a constitutional amendment to reverse centuries of American tradition.