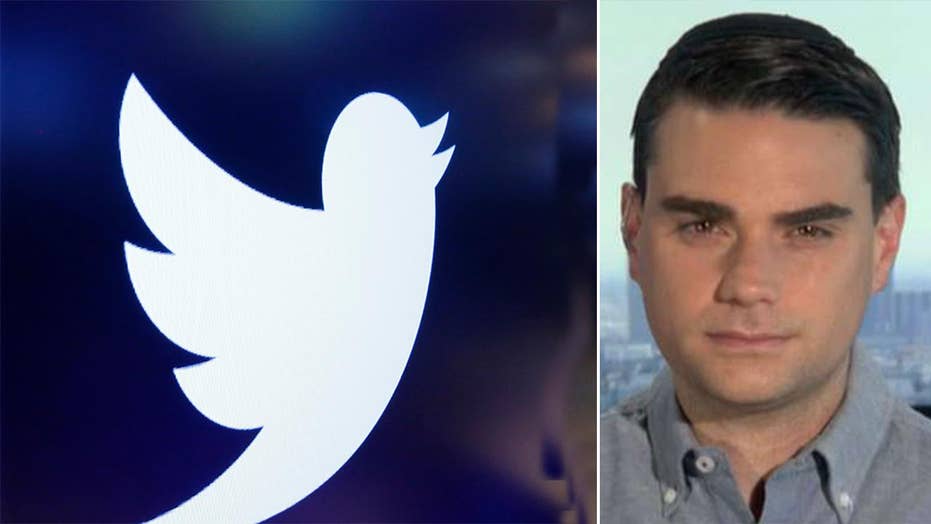 President Trump, whose brilliant mastery of Twitter helped propel him into the White House and allows him to communicate directly with the American people, made the right move Thursday when he sharply criticized Twitter for “shadow banning” some prominent Republicans – a troubling practice that restricts the visibility of their tweets in search results.

The president tweeted: “Twitter ‘SHADOW BANNING’ prominent Republicans. Not good. We will look into this discriminatory and illegal practice at once! Many complaints.”

Twitter told Fox News that an algorithmic glitch in the search function on its site is causing the problem and said the problem is being fixed.

Kayvon Beykpour of Twitter tweeted Wednesday that “our behavioral ranking doesn’t make judgements based on political views or the substance of tweets.” He also tweeted: “We’re making a change today that will improve this.”

Let’s hope Twitter follows through and really solves this serious problem. You can bet that millions of us will be watching to see if the move bring about fairer treatment for conservatives on the popular social media platform.

The problem of shadow banning arose out of Twitter’s announced claim that is trying to make itself a nicer place, which on the surface seems like a great idea.

But in the process, Twitter actually institutionalized the heckler’s veto, allowing its most angry and active users to influence what content is suppressed. In doing this, the company created viewpoint discrimination – whether intentionally or not – because people on the left are more likely to block content they don’t like than those on the right.

As a result, many conservatives found their accounts limited, while equally strident liberals did not have the same problem. The effect of this is blatant discrimination against those on the right.

Twitter is a rowdy and even fractious platform. Many enjoy it for exactly that reason, but many others do not. The question becomes how to balance the free flow of ideas and arguments with the desire for an environment that doesn’t feel toxic.

For me, one of the most enjoyable features of Twitter is the ability to directly tweet to many public figures and either support or oppose them on major issues. This democratizes the public square in an appealing way.

Because I have a verified account, I gain some advantages in visibility of my messages and who I can interact with. My personal style is to be a provocateur and generate interest in a topic by presenting ideas in a way designed to trigger a response. This is done both with positive – but sometimes hyperbolic – support of ideas I agree with, and mockery or disdain for those I don’t.

This leads to many lively scraps in my timeline. Which is exactly what I want. I think the ideas I support can either win or lose in the court of public opinion, and I’ve had my mind changed or admitted mistakes on many occasions.

But this also means many people who disagree get angry and launch a withering assault. I’m fine with that. Not everyone is, but I enjoy it. And right now with almost 50,000 followers, 8,000 people I follow and millions of impressions monthly, I only block 11 people.

But many people block me and other conservatives, and they block early and often. That blocking and reporting of accounts leads to more conservatives being sidelined by Twitter – and that’s just not right.

For example, I regularly encounter tweets that are missing when quoted by people I follow. This either means the tweet was deleted or the user has blocked me.

When I check I often find that a user who has blocked me is someone I have never interacted with. So why the block? Often, it’s due to being on a block list created by a liberal activist group. Twitter supports block lists and makes it easy for users to mass-block entire universes of people they don’t even know.

But Twitter now uses factors such as the number of people who have blocked an account to determine whether to classify it as “low quality” content. The company also uses the number of complaints or reports on the account. If the number of these exceeds certain thresholds, an account can be deemed low quality and access to tweets from that user are severely diminished.

Given the propensity for people on the left to block content more than those on the right, Twitter ends up with an inordinate number of conservative accounts being affected.

This collection of block lists, combined with the excessive number of complaints lodged, has resulted in folks on the left being given a veto over content they dislike. Twitter says its goal is to be agnostic on viewpoints. But while the tools the company has employed may not implicitly disadvantage conservative content and users, their implementation and use by the left certainly has done so.

Twitter has provided many ways for users to tailor their own content flow and either block, mute or ignore things they don’t like. But now that the company has deployed these automated tools, it has created an unbalanced universe and needs to take action. Hopefully, the social media platform’s newly stated claim to do this will achieve this goal, and is not just a meaningless PR claim to quiet critics.

No one has a right to use Twitter for abusive purposes. But Twitter should not conclude that anything someone dislikes or disagrees with is automatically abusive. If I want to tweet in support of President Trump and someone else wants to tweet in opposition to him, we should be allowed to do so in a spirited way, as long as we don’t cross the line into making threats, spouting obscenities, or other behavior that is clearly abusive.

Many people on the left are on a shunning and banning crusade – they would rather shut conservatives up than debate our ideas. They condemn our legitimate political opinions as hateful, discriminatory and evil – so awful that we should not be able to even express them.

What about the First Amendment, guaranteeing freedom of speech? Like it or not, it protects us all – from the far right to the far left and everyone in between. Whether because of an inadvertent computer glitch or by design, shadow banning is wrong and, frankly, un-American. If Twitter means what it says, I look forward to the quick end to this dangerous and abhorrent practice.