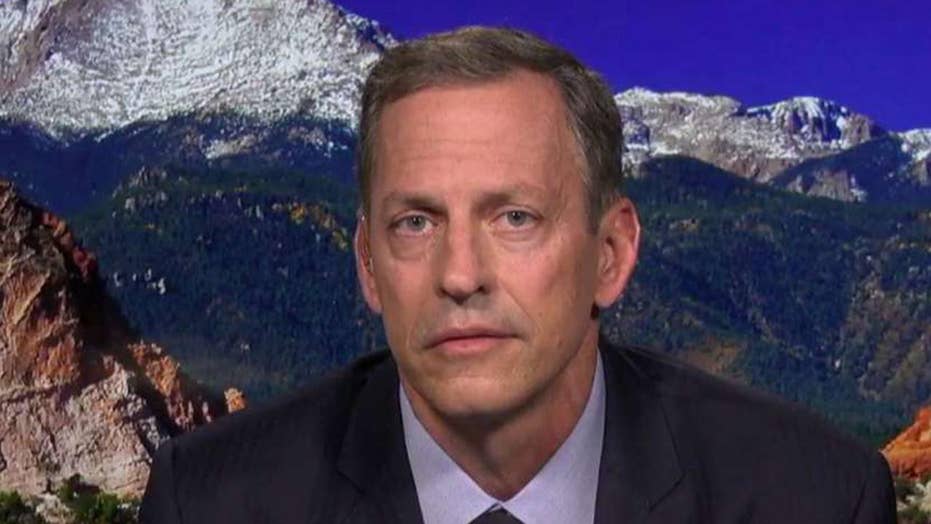 Hampton: I support the president’s decision to pull US troops out of Syria, we should have never gotten involved.

President Trump was right to announce this week that he will withdraw all of the approximately 2,000 U.S. troops now in Syria. But rather than ending our on-the-ground involvement entirely in anti-ISIS operations in that country, the president should replace the U.S. troops with a comparably sized group of private military contractors.

The private contractors would be an economy of force that assists our allies in the region in post- conflict operations, such as providing security for private investment that will allow the region to stabilize.

Further, this force could assuage the fears that the Kurds will be left unprotected and that Iran and Russia will be free to roam the country. Likewise, it could be a pilot project of sorts that allows us to determine the effectiveness of privatizing post-conflict operations.

As a businessman, President Trump understands the efficiency of privatizing government services. A move like this would also help relieve our combat-stressed armed forces, which need to prepare for major combat operations against peer competitors such as China and Russia.

President Trump’s delegation of authority in the rules of engagement in our fight against ISIS has allowed us and our allies to make made great progress against the terrorists.

On Dec. 14, the Syrian Democratic Forces – in conjunction with U.S. forces and air power – defeated ISIS in the town of Hajin near the Iraq border and along the Euphrates River. This significant defeat of a remnant of ISIS forces was most likely a trigger for President Trump to declare that the original purpose of U.S. troops in Syria is nearly accomplished.

There has always been a balance between our troops staying too long and not staying long enough in their engagements abroad. Small pockets of ISIS fighters remain and there exists the potential threats of Russian, Iranian and Turkish hegemonic interests.

Instead of U.S. involvement in Syria looking like the long wars in Iraq and Afghanistan, we have the potential for a clearer decisive victory in Syria, such as we saw in the First Gulf War.

Replacing our troops with private military contractors in Syria could give the president, our nation, and our allies in eastern Syria a win-win opportunity.

For example, ground combat in the First Gulf War against Iraq in 1990-91 lasted just four days and involved little to no nation-building. The U.S. and our coalition allies built up a force, executed the mission, and redeployed the force while keeping our over-the-horizon capabilities and engaging in post-conflict operations that included the economic revitalization of Kuwait.

Operation Desert Storm was an anomaly, though. What has been missing from most recent U.S. military interventions are credible post-conflict operations where the U.S. is able to capitalize on its hard-fought victories to provide return on our investment and create the conditions for enduring stability, as happened in Kuwait.

There is no benefit to the U.S. to keep our military forces on the ground in Syria among the roving patrols of dictator Bashar Assad’s troops, Russian outposts, Iranian special forces and Turkish probing attacks against our Kurdish allies. To do so would invite the potential of mission creep toward nation-building.

However, 2,000 private military contractors working for the U.S. could provide the same security with a small cadre of coalition command and control forces, now that ISIS is on the ropes.

Sustained security would lure private investment into the oil-rich parts of eastern Syria, potentially revitalizing eastern Syria’s economy, while hardening its separation from the Assad regime and Assad’s Russian and Iranian allies.

The resultant oil productivity could also ease tensions with Turkey by opening a cheap oil bridge into the country.

Meanwhile, the Trump administration could do what is has done very well over the past two years, which is to leverage the elements of national power – diplomatic, information, military, and economic – to engage Turkey, Russia, Syria and Iran. In this fashion, our planned departure from Syria could have the positive consequence of stabilizing the war-torn nation.

Down the road, stabilization in eastern Syria could spark a return of some of the approximately 6 million Syrians who fled their country as refugees. Creating an economic zone with private security in eastern Syria would be a step toward normalization, while planting the seeds of democracy and capitalism in the center of the Middle East.

Let’s review how we got to where we are today in Syria. The foreign policy and national security geniuses who are criticizing President Trump today for his withdrawal announcement are the same individuals who stuck their collective heads in the sand as President Obama had then-Director of National Intelligence James Clapper and his minions cook the books on intelligence about ISIS to minimize the threat it posed.

From 2011-2013, in the face of the Arab Spring and Syrian Civil War, President Obama and his team dismissed ISIS as a serious threat. In fact, as late as January 2014 Obama called ISIS “a JV team” of second-string terrorists.

Ignoring the ISIS threat for two years, Obama’s Office of the Director of National Intelligence told military intelligence officers to not produce any intelligence products on the record that showed an ISIS threat inconsistent with President Obama’s narrative minimizing the strength of the terrorists.

It took photos in the media of pilots burning in cages for Obama to finally confront the monster that he helped create. He responded tepidly by deploying commanders tethered to the Pentagon for mission approvals to fight ISIS.

By then, the Iraqi city of Mosul had fallen to ISIS, along with Iraq’s Anbar province – including the cities of Ramadi and Fallujah. U.S. and coalition forces waged hard-fought battles during Operation Iraqi Freedom to liberate those cities.

President Obama’s negligence caused Iraqi and coalition forces to suffer many casualties as they were forced to fight to regain territory from ISIS.

There is no similarity between Obama’s passive negligence with respect to ISIS and Trump’s active decision-making.

President Trump gave U.S. military commanders the authority and responsibility to defeat ISIS, ending the Obama administration’s micromanagement of their actions from Washington and excessive restraints on their ability to fight.

President Trump is not an interventionist. The Trump doctrine has evolved during his first two years in office. Returning U.S. troops from Syria helps America fulfill the president’s three-part national security strategy:

Privatizing the next phase of the Syrian conflict would provide necessary security to our allies in the region and allow for economic development of oil pipelines and infrastructure. Likewise, it would keep at bay the Russian, Iranian and Turkish wolves ready to scavenge.

And if the National Command authority needs a brigade combat team in Syria to augment the 2,000-person private military force, the 82nd Airborne Division is always on a two-hour recall and can be wheels up within 18 hours.

President Trump prides himself on taking unconventional approaches and solving problems where others have failed. Replacing our troops with private military contractors in Syria could give the president, our nation, and our allies in eastern Syria a win-win opportunity.