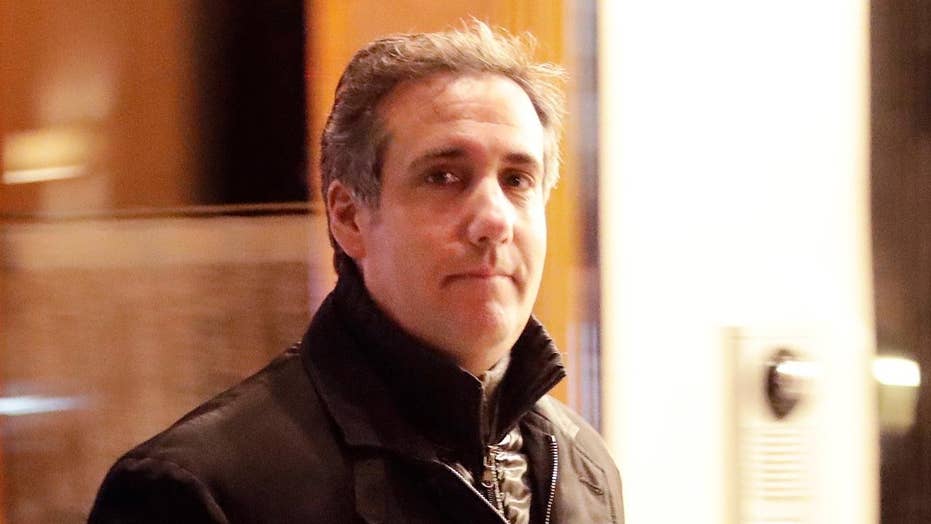 Why did the FBI raid Michael Cohen's office?

FBI got warrant for the raid based on Mueller's referral. Former deputy independent counsel gives his take.

President Trump tweeted Wednesday to complain about the Monday FBI raids on the office, home and hotel room of his personal attorney, Michael Cohen. The president said of the FBI: “… they do the Unthinkable and RAID a lawyer’s office for information! BAD!” Bad indeed.

These were raids not just against Michael Cohen. They were raids against the U.S. Constitution and the rights of all Americans to be able to communicate with their lawyers without fear of government seizure of such attorney-client communications, which have until now been protected from government snooping.

With stunning speed and shocking impunity, the Fourth Amendment to the Constitution – part of the Bill of Rights that safeguards our basic freedoms as Americans – is now at risk. Every American should sit up and pay attention. This is getting serious.

The FBI raids against Cohen, based on a search warrant, allowed FBI agents to apparently seize his documents, computers and cell phone. Cohen’s communications with the president were undoubtedly among the material seized.

The Fourth Amendment is crystal clear in its protections of our rights. It states: “The right of the people to be secure in their persons, houses, papers and effects, against unreasonable searches and seizures, shall not be violated, and no Warrants shall issue, but upon probable cause, supported by Oath or affirmation, and particularly describing the place to be searched, and the persons or things to be seized.”

The well-established meaning of this constitutional right, built on more than two centuries of precedent and sober caution against politically inspired home or office raids, makes the raids against Cohen uniquely chilling.

While a narrow ambit of facts might, under extreme circumstances, justify such an overt, egregious, untamed and seemingly political invasion of a person’s living quarters and office, known facts do not support such a bold invasion here.

To speak plainly, while no citizen is above the law, no citizen in America can be summarily stripped of his or her constitutional protections, even by a zealous prosecutor chasing the devil himself.

That is not the way constitutional protections work – for anyone. Boldly reverting to extra-judicial methods for chasing, securing or finding something a prosecutor wants to know does not authorize any prosecutor to leap the constitution’s fence.

The outrage here is layers deep. Cohen was by every public account responding thoughtfully to requests for documents and his deposition under oath, by the Special Counsel Robert Mueller’s office.

Cohen complied with these requests and appears to have continued complying, even while his possible links to putative “Russian collusion” in the 2016 presidential campaign were a mystery.

Cohen is a practicing lawyer, which triggers an inviolable attorney-client privilege surrounding communications with his clients. This is a matter of law, with scant exceptions.

If a lawyer owes clients protection of their communications to him or her, the lawyer also owes them protection of his or her advice to them. In one fell swoop, gone is this lawyer’s entire profession and stock in trade – the ability to keep client confidences.

But it is worse. The chilling effect of these raids on a long-established presumption of attorney-client privilege ricochets widely. If that privilege can be tossed by a zealous special counsel, whether or not politically motivated, it effectively no longer exists.

The next prosecutor will be feared all the more; truthful dialogue between attorney and client will be impaired. The attorney-client privilege is derailed, since it only exists if all prosecutors honor it.

The offense is deeper, again. Not only is the raided person a cooperating party and lawyer, he is the lawyer for a prominent political figure – President Trump.

Surely, that sensitivity – raiding the home and office of a lawyer representing a politician from the party opposite many of his prosecutors – cannot have escaped the raiding party.

The obvious inference as to the motivation of this raid would be political, which should be profoundly disturbing for every American.

These raids did not need to happen. They show the extraordinary lengths to which an aggressive team of gotta-get-him prosecutors is apparently willing to go.

The problem is, while prosecutors are expected to be zealous, they are not expected to trash the U.S. Constitution for any purpose – even one they believe to be justified legally or politically.

We do not, in America, trash someone’s home and office lightly, ruin a career, upend a life, and walk away – hoping the next invasion warrants the last one.

That is not how special counsels are meant to operate, and certainly not what the Founders had in mind – Russian meddling or not.

Ironically, we appear to be swiftly slipping toward the very society – with brash disrespect for individual rights and a willingness to distort law for politics – that the investigation by Special Counsel Robert Mueller was intended to protect our society against.

Thirty-five years ago, as a student, I spent time talking with dissidents behind the Iron Curtain, in places like the Soviet Union, Poland, East Germany and Czechoslovakia.

That experience educated me as no law book could, to love America and our constitutionally guaranteed freedoms.

More than once, I sat in a private home that had been previously raided, or was after I left. The idea of political power so brutally used, under pretense of law, was chilling. My heart sank.

Today, as I reflect on what seems an increasingly open-ended, disturbingly unaccountable investigative process, I sense that somehow we are at an inflection point as a society.

I do not believe that President Trump should remove the Special Counsel Mueller, since that would only create more political tumult. I think the answer lies elsewhere.

What’s needed is a directive from the Justice Department that Mueller return to the limited scope of his investigation and finish his job at long last. Or a Supreme Court ruling on the metastasizing controversy to say what the law is.

Or maybe we just need a team of investigators who see the value of returning to the limited scope of the investigation of Russian interference in the 2016 presidential election – instead of what seems like a never-ending fishing expedition going off in all sorts of directions having nothing to do with that topic.  Reading about this week’s raid, my heart again sank.