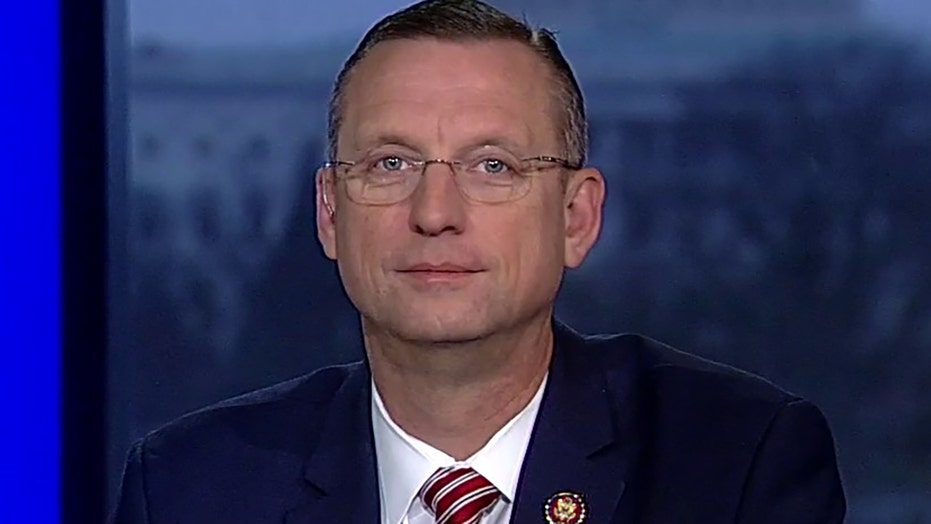 Collins on impeachment 'nightmare' coming to an end, Pelosi's State of the Union hostility

Republican Rep. Doug Collins, member of President Trump's impeachment defense team, weighs in on the final impeachment vote, State of the Union and his Senate race in Georgia on 'Fox &amp; Friends.'

As the impeachment effort against President Donald Trump inevitably burns out on the ash heap of history, Democrats are being left to argue that if this president is left unchecked, if he's not removed from office, he'll "do it again." He'll pressure foreign governments to investigate the business dealings of the Bidens, which is a "threat to national security."

A typical outburst came from CNN's appointed presidential historian, Douglas Brinkley, who warned that acquittal would mean "the country has a president who operates as an outlaw ... acting in a demagogic way and as acting in a dictatorial way, trying to smash the foreign policy establishment, diss our intelligence gatherers, operating in a whole new way of an imperial president that we couldn't have imagined."

DAN GAINOR: TRUMP DELIVERS STATE OF THE UNION ADDRESS -- MEDIA JOIN PELOSI IN RIPPING IT UP

All this rhetoric ignores the notion that the House impeachment itself proves he's not "unchecked." A Democratic-majority House has been aggressively "checking" him with oversight investigations, in effect trying to do what the Mueller report failed to do: establish that Trump is some sort of autocrat who's emptying American democracy of all meaning. House impeachment manager Adam Schiff will insert the word "cheat" into every paragraph going forward.

This is really going to sound amusing after the Iowa caucuses fiasco. Who looks like they can protect the integrity of our elections now? Who looks competent after the Democratic National Committee touted the "reforms" it has done "to make this the most transparent primary in our history"? Who will trust the outcome, especially after WikiLeaks exposed the DNC's Bernie-blocking antics in 2016?

But that isn't half as shocking as the really unglued portions of Schiff's closing argument before the Senate. Desperation overtook reason. If Trump isn't removed, the congressman from Hollywood feverishly imagined, Trump "could offer Alaska to the Russians in exchange for support in the next election, or decide to move to Mar-a-Lago permanently and let Jared Kushner run the country, delegating to him the decision whether to go to war." 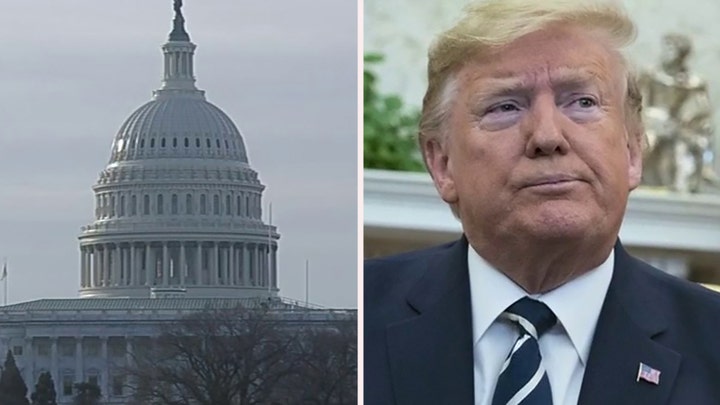 The networks sidestepped this loopy sound bite. CNN did not convene a large panel discussion on whether Schiff is mentally unstable. The "nonpartisan fact-checkers" didn't look into Schiff's paranoid screenplay.

This "unchecked" president has been subjected to almost 1,100 hypernegative minutes -- just about impeachment -- on the evening news from late September through January, while in the same time frame, the gangbusters economy drew a mere 14 minutes.

It doesn't count PBS' broadcasting the impeachment process live and then rerunning it in prime time. It doesn't hold a candle to cable news' 24/7 obsession with impeachment.

The left somehow feels Trump is unaccountable because this tsunami of scandal coverage isn't damaging his public standing. In fact, Gallup just found that "Trump's job approval rating has risen to 49 percent, his highest in Gallup polling since he took office in 2017." Since the start of the year, Trump's approval is up 6 points among Republicans and 5 points among independents.

This leaves the overall impression that Trump has a very good chance of becoming the first president to be impeached and then reelected. That's because this impeachment exercise was so transparently one-sided and partisan. And so was the press.