It's time for us to get mad.

This is what I came to conclude after spending the last several days puzzling over what we are seeing in the 2020 election. When Callista and I left the White House at 3 a.m. Wednesday I was confused by the various things that were going on and I couldn't quite figure out how to emotionally or intellectually deal with it.

After a few days of digesting, it has become clear to me that there has been breathtaking systemic corruption during this election. It runs through the whole process. You have the Biden family corruption dealing with China, Russia, and Ukraine — which the national media have almost entirely refused to even consider investigating.

TUCKER CARLSON: MEDIA MUST TAKE A STEP BACK FROM THE ELECTION AND LET OUR SYSTEM WORK

It goes to the big technology companies that have been censoring people. Rush Limbaugh had four out of six tweets censored just Thursday. I have been censored. The president of the United States has been censored. Facebook has apparently hired about a half-dozen Chinese algorithms specialists who have been helping the company perfect censorship in the style of the Chinese Communist dictatorship. 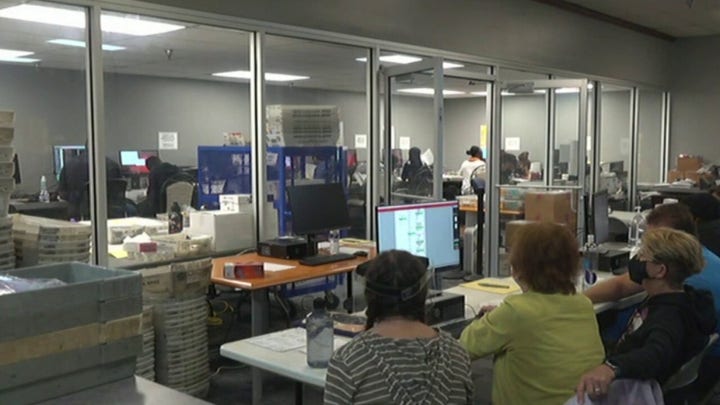 You go through the corruption of the liberal news media, which for five years have been waging war on President Trump and did everything they could to convince us that there was a giant blue wave coming. Then the wave didn't show up because they'd all been lying to themselves and to us.

So this was a framework in which I started looking at all this. I talked about it on a short podcast episode I released Thursday.

Now we are seeing states where President Trump had been leading suddenly finding tranches of votes for former Vice President Joe Biden in Democratic-controlled urban centers, which have been just enough to push him into the lead. We’ve seen it in Atlanta, Savannah, Philadelphia and elsewhere.

This is about whether or not we as Americans are willing to look the other way while a system of elite leftwing corruption undermines our democracy.

So I believe we're at a key decision point in American history. And make no mistake: This is about America – not the president or any elected leaders.

This is about whether or not we as Americans are willing to look the other way while a system of elite leftwing corruption undermines our democracy.

In addition to constantly attacking the president, major elements of the political and left-wing media establishment have tried to suppress millions of Americans who share the president's core values. Those who salute the flag, stand up for the pledge of allegiance, believe deeply in America, want jobs and opportunity for all Americans, and want the United States to be concerned first for American interests have been silenced or canceled for the last five years.

If we are going to continue to be America, every legal vote must be counted and certified, illegal votes must be tossed out, and the American people must be allowed to make their choice for president of the United States.