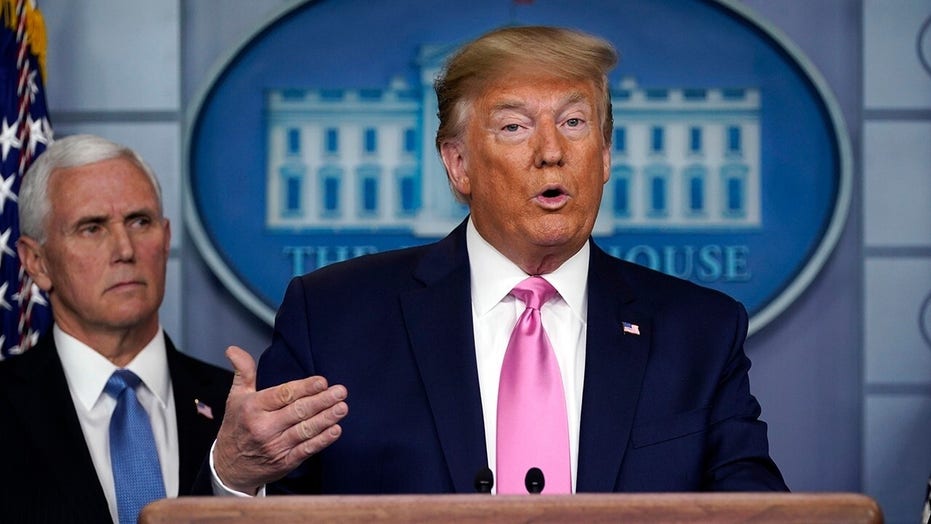 Former HHS Secretary Mike Leavitt tells 'America's Newsroom' that he believes the Trump administration is doing its best to prepare the American people.

Black History Month is usually a time to remember the sacrifices that blacks have made here since 1619 (when the first slaves were dragged to these shores) and rejoice in the enormous contributions of the millions of black men and women who have made America all that it has become since 1776. This year is the perfect opportunity to celebrate the many ways that President Donald J. Trump and his policies are helping blacks Americans make history anew.

Here are a dozen examples of how this is happening.

ALVEDA KING: DURING BLACK HISTORY MONTH WE REFLECT ON OUR PROGRESS AND LOOK AHEAD TO THE FUTURE

Americans, black and otherwise, need to hear this good news — over and over again.

He should deliver commencement addresses at Howard, Morehouse, or other HBCUs this graduation season.

This effort is both the right thing to do and a winning strategy.

Senator Tim Scott, R- S.C., predicts 12 to 15 percent of black voters will back Trump. Especially in tight races, the black votes that shift from Democrat to GOP could spell victory. If Trump scores 20 percent of the black vote, the Democrats will be cooked as thoroughly as Thanksgiving turkeys. Democrats cannot surrender that large a slice of its corpus and survive.

And Trump’s overtures to blacks will soothe nervous whites. They will see what a filthy lie Democrats perpetrate every time they call him a kloset Klansman. If Trump can persuade 80 percent of blacks to keep hating him, 20 percent to vote for him and a sliver of becalmed whites to relax and pull their elephant levers on November 3, he will win a landslide. His coattails also might keep the Senate Republican and rescue the House from Nervous Nancy and her cabal of radical social-justice warriors.

Together, President Trump and black Americans can make 2020 one of the most pivotal years in history.