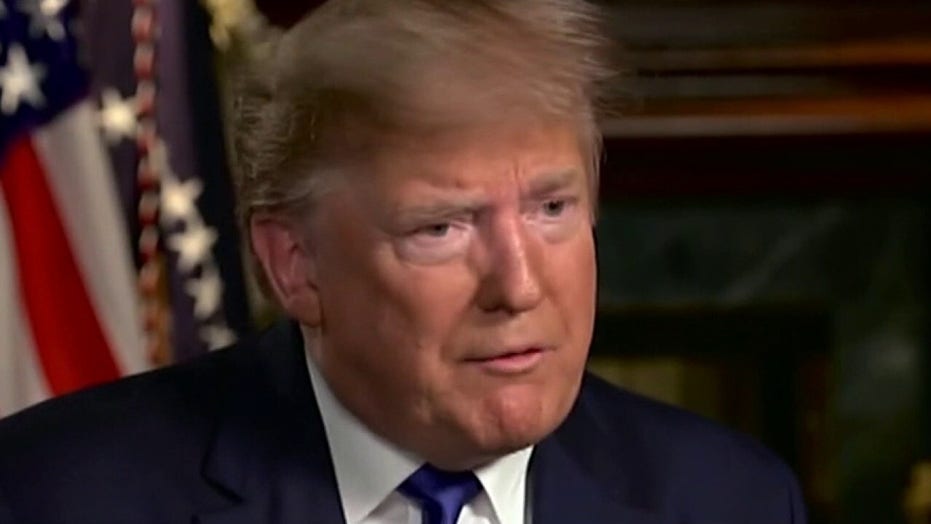 Trump has Bloomberg on his mind ahead of Iowa caucuses

President Trump accuses 2020 hopeful Michael Bloomberg of getting the DNC to 'rig' the election against Sen. Bernie Sanders; John Roberts reports from the White House.

A recap of the past month presents a snapshot of President Trump’s first term. We are stronger and safer, and the ripple effects of renewed prosperity are being felt nationwide. Within a few short weeks, this administration went after notorious terrorists, signed two major trade initiatives, unveiled a Middle East peace plan and gave Americans reassurance that the next century will be ours.

As the president prepares to deliver the State of the Union, the split image in Washington, D.C. could not be starker. While the president is delivering on promises made, congressional Democrats continue to do everything possible to stop American progress.

Even if our Democratic colleagues want to overlook reality, the truth is we are living through the best economy in modern history. The historically low unemployment rate is holding steady at 3.5 percent and millions of jobs have been added to U.S. payrolls since January 2017.

The impact is reflected across demographics and wage earners. Data indicates that wage growth for low-wage workers has accelerated nearly twice as fast as for high-wage workers. That has been identified as the widest margin in the past two decades, a noteworthy shift we should all be celebrating.

The Republican-led tax reform and pro-growth policies have also helped empower Americans, most notably our low-to-middle class families, by allowing them to keep more of their hard-earned money. Estimates show real median household income has increased by more than $4,000.

Consumer confidence is only going to strengthen thanks to Trump's major economic achievements. The president signed two far-reaching trade deals: the United States-Mexico-Canada Agreement (USMCA) and the Phase One trade deal with China. Critics long held a position that neither could get done but Trump proved those critics wrong.

America is also safer now than we were under the previous administration. We have reestablished a policy of deterrence, a prominent shift that our allies have welcomed and our adversaries have heeded.

In just a few months, U.S. forces have taken out several dangerous terrorists who posed significant threats to security and stability, not only in the Middle East but around the world. The strike on Iran's Gen. Qassem Soleimani, in particular, sent a resounding message around the world that when you kill Americans, there will be consequences. Red lines should mean something, and in this administration, they do.

Democrats, whether on the campaign trail or in Congress, have the same goal: they believe they know how to make decisions for your family and spend your money better than you do. It is not just the taxes they want to raise, but they want to chip away at your liberties. They want bureaucrats in Washington to dictate how you travel, how you receive your health care, what your family eats and even how you spend your own money.

The president and Republicans have a different take: We want to empower individuals, families and communities to thrive without taking away their freedoms.

At this year's State of the Union, the country and Congress will hear directly from the president on how he has delivered on promises made and how he will continue to pave the path to the best years our country has ever experienced.