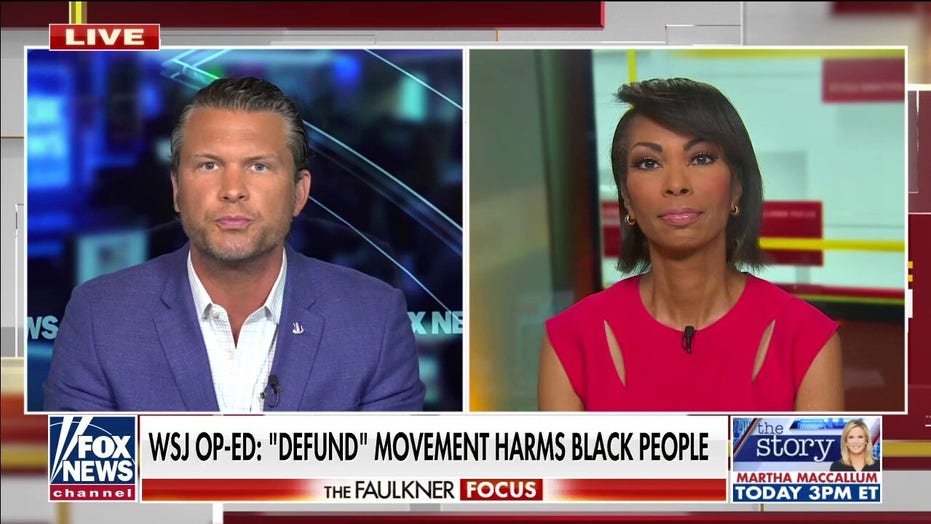 'So-called journalists' had no interest in truth with Lafayette Park protest: Hegseth

Another one bites the dust. Another media lie, that is.

The latest lie to die is the false claim the feds cleared Lafayette Park of protesters last year so then-President Donald Trump could hold a photo op. The Interior Department’s inspector general says police planned to clear the park so a contractor could install a fence, a decision unrelated to Trump’s walk to a nearby historic church burned in a riot.

If the debunking feels familiar, it’s not your imagination. Only the details differ from earlier cases where the media mob got it all wrong. Sadly, the truth usually emerges not because of the press, but despite it.

Take growing acceptance of the idea the COVID-19 pandemic started with a leak from a virology lab in Wuhan, China. The idea was always plausible, but the press and big tech declared it a "conspiracy theory" and snuffed it out of circulation.

But after China couldn’t prove the virus jumped from bats to humans, the lab-leak theory gained credence. Suddenly, it became acceptable to share it on Facebook, which appointed itself guardian of all that is proper in American discourse.

The pattern is so pronounced that it’s easy to assemble your own list of Top Ten Media Lies. On mine, the recent cases involving Lafayette Park and the lab-leak theory are Nos. 8 and 9.

No. 1 is the oldest and biggest: Trump colluded with Russia to win in 2016 and might be a Russian agent. That scam involved crooked FBI agents and led to the appointment of special counsel Robert Mueller, who took two years to conclude there was no evidence to back the charge.

Yet the probe had enormous impact, with the drumbeat of anonymous leaks hampering the Trump agenda and helping Democrats take the House in 2018.

Even before it was gone, other distortions appeared.

Remember Lie No. 2, the "Muslim ban" that wasn’t? Or No. 3, the mantra that the 2017 tax cuts were only for the "rich" despite studies showing 80% of the population benefitted?

How about the "kids in cages" firestorm, complete with gripping photographs of migrant children in metal containers?

That was Lie No. 4 and the hottest story going, with Democrats such as Rep. Alexandria Ocasio-Cortez, D-N.Y., rushing to the border with photogenic outrage. They vanished when it was revealed the Obama-Biden administration built the cages and the heart-wrenching photos were from 2014.

Apologies, corrections and retractions came in bunches, right? You must be kidding. Big media and big tech are too big to admit error.

Apologies, corrections and retractions came in bunches, right? You must be kidding. Big media and big tech are too big to admit error.

Even now, with historic surges of young people at the border, the press doesn’t complain about Biden banning their cameras. That’s not journalism – it’s complicity.

Lie No. 5 was the Ukraine impeachment of Trump, a creative fiction based on a complaint from an anonymous member of the swamp who never testified. But others did to say the president, in trying to get information on Biden family corruption in Ukraine, was guilty of high crimes and misdemeanors. 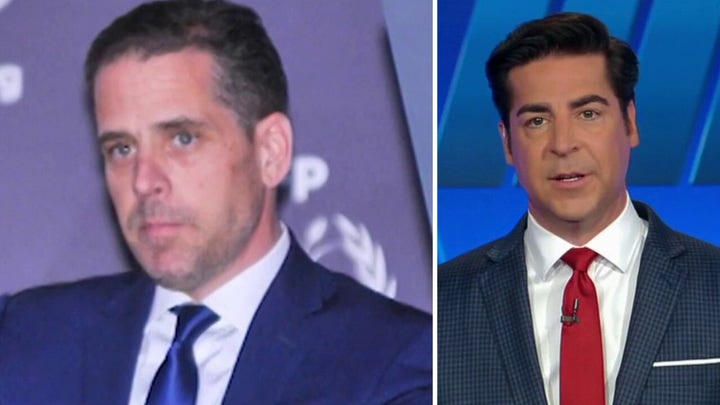 What Trump actually did was threaten the scam Joe Biden and son Hunter created that involved selling the suggestion that Joe’s influence could be had by hiring Hunter.

That’s the sort of thing reporters are supposed to expose, not protect.

Not so long ago, I saw such conduct as an outgrowth of bias. Because much of the press is an echo chamber of the far left, my assumption was that slanted coverage resulted from political prejudice.

That is true in many cases, but too benign to fully explain our new era. Five years after the New York Times and others abandoned standards of fairness to become anti-Trump activists, press misconduct is repeatedly exposed as willful malpractice. In a word, lies.

Over and over again, they are the boy who cried wolf. It’s getting so where it’s safer to assume what the media insists is absolutely true probably isn’t.

Just as liberals have become illiberal, media have become more focused on suppressing the truth than revealing it.

Take Hunter Biden’s laptop, which is No. 6 on my Top Ten, although it rivals Russia, Russia, Russia in importance. When The Post first showed how the contents revealed his shady foreign business deals and how his father helped him, it was not unreasonable for the Times, Washington Post and others to hold off until they could confirm the explosive information late in the campaign. 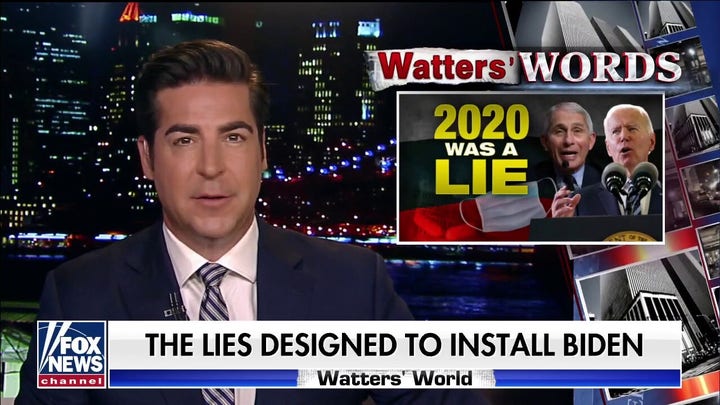 The role Rudy Giuliani played in getting the material to The Post, which the paper disclosed, created additional concern because Giuliani was Trump’s lawyer.

So there were legitimate reasons for caution – up to a point. But the real motivation in avoiding the story soon became apparent.

The outlets that held their noses over the laptop had no trouble embracing the claim from Joe Biden’s campaign that the e-mails on it were "Russian disinformation."

In what felt like a coordinated move, big tech instantly blocked The Post and other users from sharing them.

The final proof that media caution had morphed into coverup came when Tony Bobulinski emerged. A former partner of Hunter and Jim Biden, Joe’s brother, in a joint venture with a Chinese energy conglomerate, Bobulinski authenticated the critical e-mails because he had received them as CEO of the venture.

He also solved a riddle by saying the "big guy" slated to get a secret 10% stake was Joe Biden. Bobulinski told me he met with him in early 2017 and said Joe knew everything about the plan to introduce American mayors and governors to Chinese officials so the Chinese could buy U.S. infrastructure.

All this was public information because of The Post, Fox News and a few others, yet most media cast doubts on the revelations. They were especially loathe to report anything supporting Joe Biden’s role, even though Bobulinski gave all his evidence to the FBI.

That cone of silence goes well beyond bias. That is Lie No. 7. 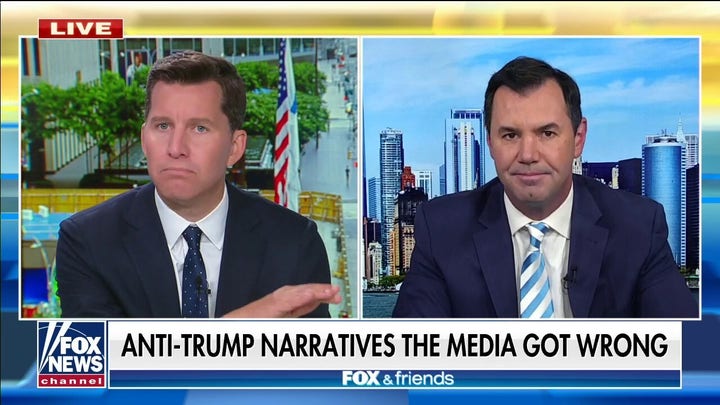 Finally, the 10th lie remains active, so the truth has not fully emerged.

The subject is ballot integrity, which the left demonizes as improper voter suppression. Joe Biden made the astonishing claim that demands for photo identification are the new Jim Crow.

Naturally, his claim was magnified by the media, with CNN creating a logo declaring "Voting Rights Under Attack." Even the normally sober Pew Trusts said, "Republican Wave of Voting Restrictions Swells."

One count had 361 bills introduced in 47 states, and Wikipedia labels all of them attempts to restrict voting access. Craven corporate leaders piled on.

Never mind that polls show overwhelming support for voter ID laws, with a March survey finding 69% of Black voters and 75% of all respondents favor such measures.

The finding provides hope and reminds us there are antidotes to a corrupt press: Facts, facts and more facts. Or, as the late economist Herb Stein put it, "If something cannot go on forever, it will stop."

Media lies are no exception.