California leadership is on the brink of signing a new piece of legislation that will put taxpayer dollars toward something Tomi has warned us about time and again: health care for illegal immigrants.

Well I warned you and here it is – California will become the first state to offer health care to illegal immigrants.

A lot of stupid legislation has come out of Sacramento, California in the last 10 years but this, THIS is a giant slap in the face to all hardworking Californians and LEGAL immigrants busting our butts to live and work in this state.

Meanwhile, our lawmakers are more concerned with doling out perks, brownie points, and benefits to people who have NO legal right to be here. 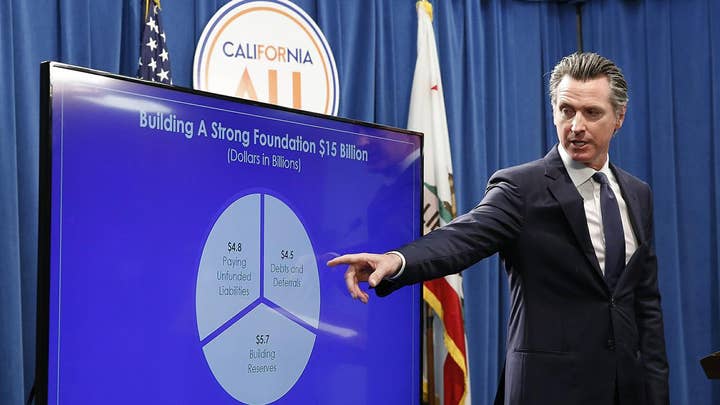 This is absolutely stomach-churning and yeah, I have some "First Thoughts."

Almost $100 million a year. That’s how much California lawmakers have set aside for illegal immigrant health care. If all goes as they planned, which it will, this will be set in stone come midnight on June 15th, and it will start January 1st of next year.

Do you want to know how we – the Golden State taxpayers – are going to pay for it? Partly through additional taxes on individuals who choose not to have health care.

Gov. Gavin Newsom is pushing for a state mandate to revive it.

We have over 130,000 homeless people in this state and yet, our lawmakers, our DEMOCRATIC lawmakers, have agreed on a plan to cover health insurance benefits for some 90,000 plus illegal immigrants.

Thanks to the Democrats in this state, illegal immigrants between the ages of 19-25 will now be eligible for the state’s Medicaid program.

California ALREADY covers illegals under age 19 and all pregnant women under Medical-Cal!

And you know what’s worse, some Democrats in the state legislature are unhappy this plan doesn’t cover ALL illegal immigrants in the state. That would cost us an estimated $3.4 billion but just you wait, that is where we are headed.

What is happening in California is just a prototype and pipe dream for the rest of the nation and if a Democrat wins in 2020, this is coming to you, to all of us, nationwide. Mark my words.

So if you don’t want your hard-earned tax dollars going to illegal immigrants, if you think incentivizing illegal immigration is downright un-American, if you believe Americans come first in our own country, get ready to fight to keep President Trump in office in 2020.

The truth is, he is our only hope. The Democratic Party along with the Democratic primary race has become little more than a try-out for the illegal immigrant cheerleading squad.

In recent months, we’ve averaged a little over 100,000 illegals flooding into our nation through our southwest border.

Sadly, The Republicans in Name Only or "RINOs" sitting in Congress don’t seem to care, either. If they did they wouldn’t have sat back for two years when we controlled Congress and did nothing.

No one in the swamp is bold enough to tackle this issue. No one except the Mr. Rooter of the Swamp, President Donald Trump.

Our elected representatives won't fix the immigration system and meanwhile, we have governors like Newsom and their respective Democratic legislatures dangling benefit carrots to entice even more people across our southern border.

This next election is bigger than 2016. It’s bigger than four years in the White House. The future of our country is at stake. Get ready to dig in and fight like you’ve never fought before.

Those are my "First Thoughts." From Los Angeles, God bless and take care.