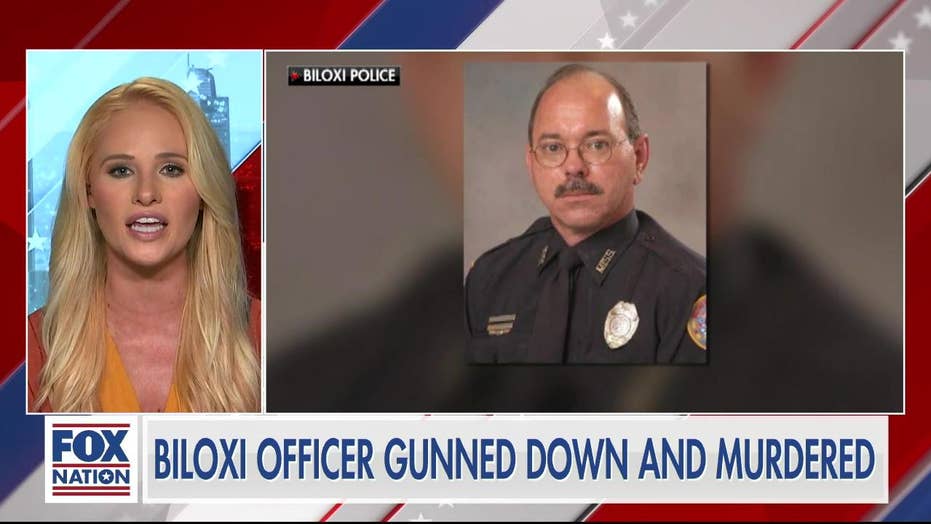 Tomi Lahren: The war on cops

Officer in Biloxi, Miss. is murdered in cold blood

An officer murdered in cold blood in a parking lot. The war on cops is real, and it’s sick and it’s underreported.

Not on my watch. It’s time for my "Final Thoughts."

Law enforcement is the only profession that puts on a badge every single day knowing there is a chance they won’t return home to their families that night.

And guess what folks, it’s happening at an alarming rate.

You all probably saw hundreds of photos of indulgent celebrities prancing around in next-to-nothing for the Met Gala this week, or you watched the stupid "Bachelorette" special, but I’d be willing to bet few of you saw this story. 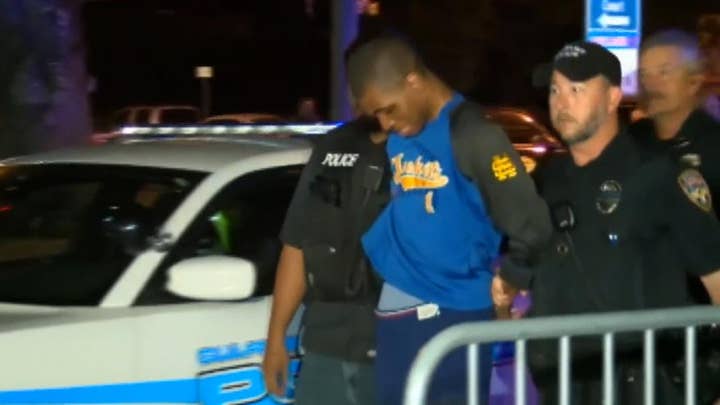 Officer Robert McKeithen, a 24-year veteran of Mississippi's Biloxi Police Department, was ambushed and shot to death in the department’s parking lot just after 10:00 p.m. on Sunday.

The suspect, identified as 19-year-old Darian Tawan Atkinson shot the officer multiple times before he fled.

"He did a great job. The animal who did this is still on the run and we are going to do everything in our power to bring him to justice for Robert and his family, for the men and women of the Biloxi Police Department and for the city of Biloxi," said Biloxi Police Chief John Miller.

Today we are one step closer to justice.

As the suspect was captured late in the evening, he was seen smiling as police escorted him into headquarters. He will be charged with capital murder.

But enough about that monster. He doesn’t deserve our time.

Instead let’s talk about a real man, Officer Robert McKeithen. A truly great human being.

He, along with four other officers, received the Medal of Valor for saving four children with special needs.

Not one riot, one march, or one protest has taken place in support of our officers. Not one trendy social media hashtag. And few, if any, celebrity mentions or thank yous to the men and women who died serving their communities.

He was also an Air Force vet and planned to retire from the department at the end of the year.

He leaves behind a wife, daughter, two stepsons, and a stepdaughter.

Officer McKeithen treated everyone with respect and dignity -- unlike the animal that murdered him in cold blood for no freakin’ reason.

Yet, you likely won’t see Darian Tawan Atkinson’s face plastered all over the agenda-driven mainstream media, smirking after he murdered an officer.

Sadly, you’ll even have those who proudly applaud his cop-killing actions.

This Biloxi officer was targeted in the parking lot outside of police headquarters — at his workplace — and murdered. Think the war on cops isn’t real? It is.

In just the first 18 weeks of this year, 16 officers have been shot to death in the line of duty.

But not one riot, one march, or one protest has taken place in support of our officers. Not one trendy social media hashtag. And few, if any, celebrity mentions or thank yous to the men and women who died serving their communities.

That needs to change.

And to that monster Darian who took this officer’s life, justice will be served. To those who helped him, justice will find you too.

You tried to run but you couldn’t hide.

Those are my Final Thoughts. From L.A., God bless and take care.