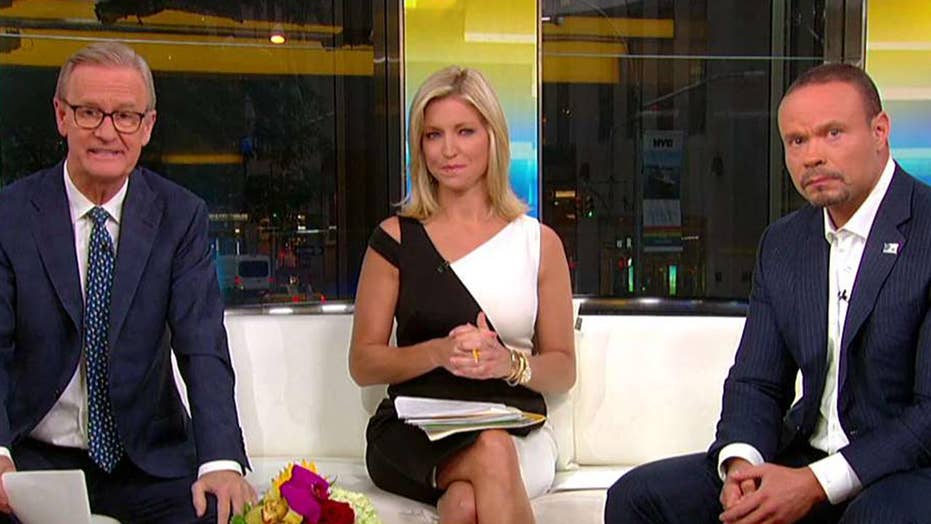 The White House is escalating efforts to stem the number of migrants entering the U.S. at the southern border.

I was glad when President Trump tweeted Monday that the Immigration and Customs Enforcement agency would begin “removing the millions of illegal aliens who have illicitly found their way into the U.S.”

I’ve been pushing for months for ICE to conduct a nationwide deportation operation like the one the president has announced, to include family units that have been given their due process rights at great taxpayer expense and have been ordered removed by a federal judge.

If those final orders are not carried out and if they are to be considered meaningless, then there will be no integrity in the entire immigration law enforcement and judicial process.

ICE TO REMOVE ‘MILLIONS OF ILLEGAL ALIENS’ IN US, TRUMP SAYS, SCANT ON DETAILS

You might as well just open the border and let everyone who wants to enter the U.S. come in if deportation orders handed down by judge are ignored not only by those ordered deported but by our law enforcement agencies. What do you think the border would look like then? And what dangers would we face?

Laws are meaningless if there are no consequences or deterrence for violating them.

Democratic lawmakers will claim foul and will undoubtedly continue to criticize immigration law enforcement under President Trump – even though they were silent back in 2015 when the Obama administration did the same thing.

The Democrats are wrong to attack President Trump and the American patriots who work for ICE for simply doing their jobs and upholding the oath of office that they took.

The job of ICE employees, we should all remember, is to enforce the laws enacted by Congress. Congress has the power to change the immigration laws – ICE law enforcement officers do not. These dedicated officers do not deserve the criticism they are drawing for doing their jobs.

When I was the director of ICE Enforcement and Removal Operations under then-Secretary of Homeland Security Jeh Johnson during the Obama administration, we conducted an operation like the one President Trump is supporting now.

When I retired from ICE as acting director in June 2018, there were about 150 fugitive operation teams spread out through the nation. These teams of six to seven officers were highly trained in the execution of their mission. Their job was to locate, arrest, detain and remove illegal immigrants who had been ordered removed by a federal immigration judge.

This is why nearly half of the 14,000 law enforcement officers at ICE are called deportation officers. These dedicated men and women are trained regularly on the Fourth Amendment requirements for arrest. They are also highly trained in creating target folders, surveillance, creating of operational plans, and the smooth execution of those plans that are approved at a high level by senior officials.

These officers know exactly who they are looking for and where they need to look, based on their extensive investigation and target planning. The remaining ICE officers are special agents who are also highly trained but are not currently assigned to the fugitive operation teams. However, more teams could be easily activated by the acting director of ICE.

We need to expand these operations in the face of the national emergency and a crisis at our southern border. Hundreds of thousands of people have entered our country illegally in the past year. Many of them knowingly made a false claim to asylum, but because of the current laws or loopholes in those laws these immigrants are released quickly.

Most of these immigrants do not show up in court as promised. The immigration courts just released data that show nearly 90 percent of all removal orders were issued in absentia. This means the judge ordered illegal immigrants removed from the U.S. without their presence in court, because they chose to not show up.

We also know that based on current data approximately 90 percent of all Central Americans claiming asylum at our southern border never get relief from immigration judges, because they do not qualify under the terms of asylum law.

When I was the director of ICE Enforcement and Removal Operations under then-Secretary of Homeland Security Jeh Johnson during the Obama administration, we conducted an operation like the one President Trump is supporting now. ICE deportation officers arrested immigration fugitives – including families that had been ordered removed by a federal immigration judge, but who had ignored the orders.

ICE located and removed many of the illegal immigrants who were targeted. That operation resulted in an almost immediate decline in illegal border crossings, because we sent a strong message that we were a nation of laws and our legal system must have integrity.

The operation was successful and well-executed. Secretary Johnson, whom I have deep respect for, joined me when I met with numerous nongovernmental organizations that were angry about the operation. He assisted me in justifying why it was necessary and that it was well-planned and executed. The results spoke for themselves on the border, with the decline in illegal crossings.

This is why I have been calling for a nationwide operation. It worked under the Obama administration and it will work now to help stem the flow of illegal immigration.

The same lawmakers who are quick to criticize ICE officers now have done nothing to address the humanitarian and national security crisis on our border. They have not offered up one idea, one fix, or one dollar of the supplemental budget request that President Trump has made for border security.

And I don’t want to hear from those members of Congress who say that ICE should be doing nothing more but targeting dangerous criminal illegal immigrants – but who support sanctuary policies that don’t allow ICE access to jails, and prevent local law enforcement agencies from working with ICE. You can’t have it both ways. Save it for the campaign.

If Congress will not close the loopholes that are causing this illegal immigration crisis or change the asylum process so 90 percent of claims are no longer fraudulent, then we must use every legal means in our toolbox to address the national emergency on our southern border.

The laws that will be enforced – based on the president’s tweet – are valid and have been enforced for decades. President Trump is right to direct that more be done. Once again, the president is showing leadership in the face of those who no longer believe in the rule of law.