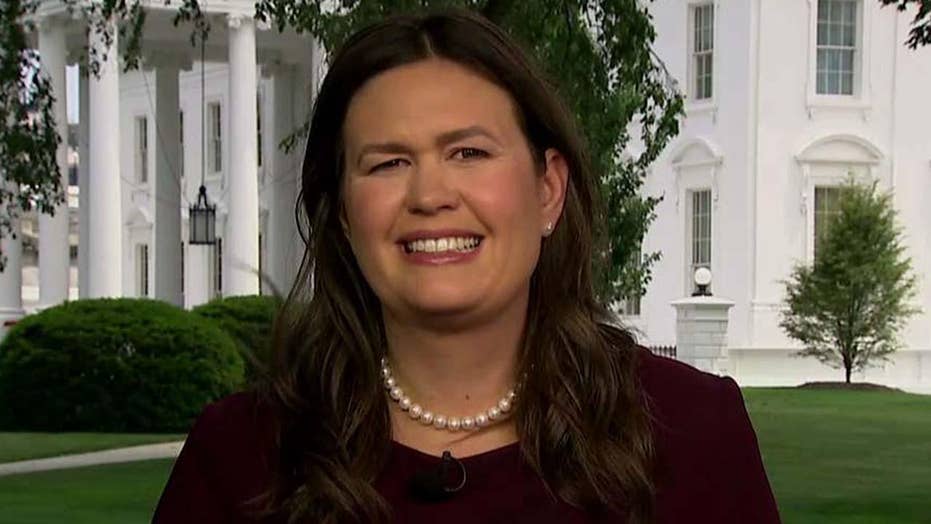 Sarah Sanders: At no point did Robert Mueller have trouble conducting his investigation

If special counsel Robert Mueller thought there was wrongdoing and was sure of it, he would have had a moral obligation to say that, says White House press secretary Sarah Sanders.

There was no reason for outgoing Special Counsel Robert Mueller to speak to the media Wednesday. Once again, he has abused the legal system.

Mueller has always known there was never a case against President Trump involving collusion with Russia to win the 2016 presidential election. When Mueller became special counsel there was no such evidence or insufficient evidence, as Mueller now says. To this day, there is no such evidence.

However, that has not stopped Mueller from abusing the American legal system.

In America, prosecutors do not exonerate people. They charge people or they do not. If they do not, in America that means you are innocent. Innocent until proven guilty is a core principle of our legal system, as opposed to Russia’s.

Mueller’s statement Wednesday that he did not exonerate Trump, and Mueller’s use of that standard, are profound abuses of our legal system – especially given the context of his actions. If it was up to Mueller, the entire American criminal justice system would be upended.

How is that not an abuse of the legal system?

There has never been a reason for Mueller to write a report or to speak. No law requires it. No one asked him to do it.

This is Mueller’s James Comey moment. Since January 2017, I have said Mueller would “pull a Comey.”  By that, I meant, like fired FBI Director Comey did with Hillary Clinton, Mueller would make allegations against President Trump but not actually recommend charging him with anything.

So, Mueller produced a report over 400 pages long. But that was not enough.

Mueller’s statement Wednesday was his second Comey moment. That conduct is an abuse of the legal system.

Mueller’s use of those tactics is an abuse of our legal system.

Of course, Mueller is no stranger to abuse of our legal system.

According to Alan Dershowitz: “I think Mueller is a zealot ….  He’s the guy who kept four innocent people in prison for many years in order to protect the cover of Whitey Bulger as an FBI informer . . . and that’s regarded in Boston as one of the greatest scandals of modern judicial history. And Mueller was right at the center of it.”

Sounds like an abuse of the American legal system – doesn’t it?