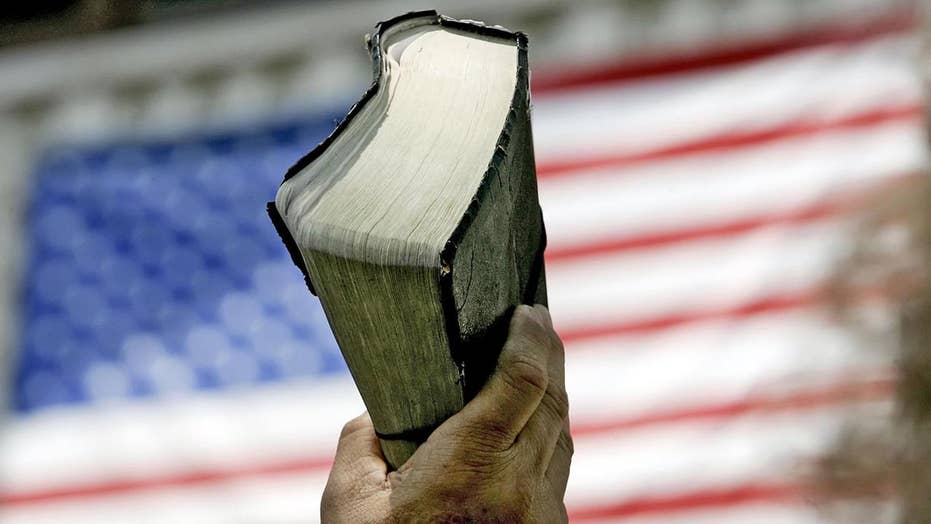 GQ says the Bible is one of the most overrated books

GQ names the Bible as one of the most overrated books of all time; Father Jonathan Morris reacts on 'Fox & Friends.'

The editors of GQ Magazine have named the Holy Bible as one of the most overrated books in history. It’s ironic considering that a good many folks probably find GQ magazine to be overrated – if they’ve even bothered to read the magazine.

The Good Book is ranked No. 12 on the magazine’s list of 21 books you don't have to read before you die. Among the other books on the list are “Huckleberry Finn,” “Lonesome Dove” and “The Catcher in the Rye.”

“Some are racist and some are sexist, but most are just really, really boring,” the editors wrote. “We’ve been told all our lives that we can only call ourselves well-read once we’ve read the Great Books. We tried.”

“The Holy Bible is rated very highly by all the people who supposedly live by it but who in actuality have not read it. Those who have read it know there are some good parts, but overall it is certainly not the finest thing that man has ever produced. It is repetitive, self-contradictory, sententious, foolish, and even at times ill-intentioned.”

As a longtime Southern Baptist, I’ve grown accustomed to such foolish declarations from the “enlightened” crowd. I suspect the highbrow editors at GQ Magazine would not know the difference between John the Baptist and Balaam’s Ass.

The truth is the Bible documents the greatest story ever told – a story about agape love and sacrifice and redemption – everlasting life.

“The Holy Bible is God-breathed, it is living and active, and it is sharper than a double-edged sword,” the Rev. Franklin Graham wrote on Facebook. “There is nothing more powerful, and there’s nothing more needed by mankind than the Word of God.”

Graham, the president of the Billy Graham Evangelistic Association, explained that the subject of the Bible from Genesis to Revelation is Jesus Christ.

“And one day soon, every knee will bow and every tongue confess that He is Lord,” he declared.

Now far be it from me to tell the pompous, erudite, literary crowd at GQ Magazine what books they should and should not read, but they might want to glance at John 3:16 before they kick the bucket. It states “For God so loved the world that he gave his one and only Son, that whoever believes in him shall not perish but have eternal life.”