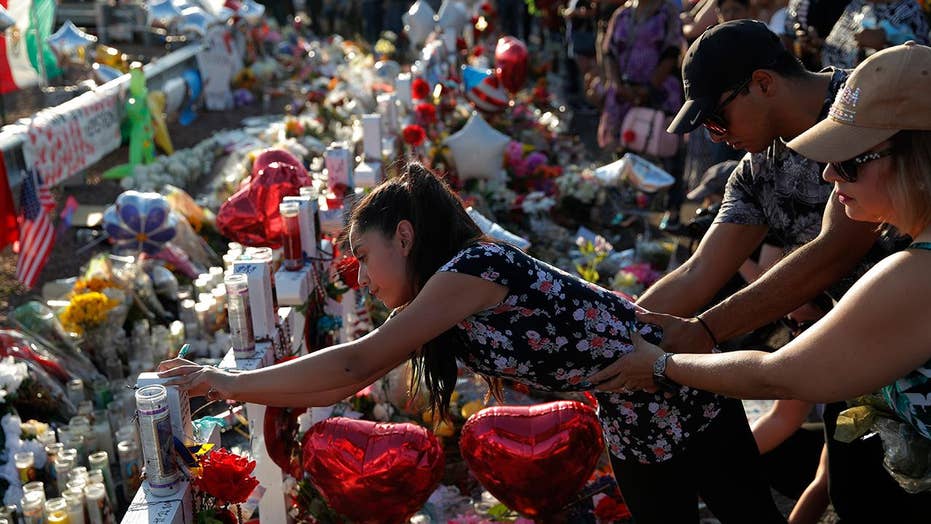 Country music singer Kacey Musgraves urged fans in Chicago to chant 'somebody f—king do something' following the mass shootings in Dayton, Ohio, and El Paso, Texas.

I recently received a rather urgent telephone call from my beloved Aunt Lynn, the church pianist down at the Methodist church in Mississippi.

“Todd, what in the name of Minnie Pearl is going on with country music,” she demanded to know. “The girls in our Bible study class think they’re going liberal.”

It seems Aunt Lynn had read a Fox News story about Kacey Musgraves, the country music star who delivered a rather profane rant to music fans about the right to bear arms.

“Somebody f-ing do something about the s-t that’s happening in the last 24 hours – much less everything that’s happened in the last 200-and-f-ing days in America,” she told a crowd at the Lollapalooza music festival in Chicago. “So, I don’t know what the answer is, but obviously something has to be f-ing done. Maybe somebody will hear us if we all yell together and say, ‘Somebody f-ing do something.;”

I’ll say this about Ms. Musgraves, she’s got a mouth that would make Hank Williams, Jr. blush.

“For a man who clearly loves being well-liked, it’s indescribably mind-numbing to see him blatantly and murderously ignore doing ONE THING that would not only make people happy but would SAVE PEOPLE’S LIVES,” she wrote on Twitter. “True leaders don’t stand back and watch the world burn.”

That poor lady sounds like she’s been Dixie-Chick-a-fied. Bless her heart.

It’s sad to say, but Ms. Musgraves is part of a new wave of liberal artists who are determined to change the culture and twang of country music.

Now, I don’t want to unduly alarm folks. So long as we have Hank and Charlie and Big & Rich, I think country music will be able to weather the leftist onslaught. But liberal culture creep is a tricky thing.

It’s sad to say, but Ms. Musgraves is part of a new wave of liberal artists who are determined to change the culture and twang of country music. Now, I don’t want to unduly alarm folks. So long as we have Hank and Charlie and Big & Rich, I think country music will be able to weather the leftist onslaught. But liberal culture creep is a tricky thing.

I address the leftist assault on Music City USA in my forthcoming book, “Culture Jihad: How to Stop the Left From Killing a Nation.”

Billboard magazine blew the lid off the butter beans in 2018 by reporting that the country music industry was more liberal than it let on. Not long after the Dixie Chicks were excommunicated in 2003 for their on-stage attacks against President Bush, a group of liberal music executives formed a coalition.

“Fifteen years later, this contrast has never been more apparent,” Billboard reported. “The past year in Nashville -- a city that consistently votes blue -- has transformed the town from comfortably silent to one vociferously at odds with the conservative political agenda.”

“Liberal used to be a dirty word in country music,” the Tampa Bay Times declared. “But today, more artists are speaking out on gun control, LGBTQ rights and immigration. And some are stumping for a Democratic wave on Election Day.”

In other words, the denim and diamond crowd on Lower Broadway just got woke. The Times went so far as to say a blue hue had settled over Music Row. The question is whether country music fans will follow their favorite musicians to the left side of the stage.

In 2018 former Arkansas Gov. Mike Huckabee resigned from a charitable foundation run by the Country Music Association after he faced the wrath of leftist country music executives. They were grossly offended because the governor was a gun owner and a Baptist.

And I’d also be willing to bet a gallon of sweet tea and a bucket of chicken that a good many country music fans go to church, own a gun and share the same beliefs as Gov. Huckabee. That’s why there are more country music songs about God and pickup trucks and honky-tonks instead of Chevy Volts and juice bars.

And they also own guns – lots of guns. So why in the world would Ms. Musgraves insult so many law-abiding, gun-toting fans?

Her profane diatribe was about as popular as somebody bringing a bucket of store-bought chicken to Wednesday night church supper.

Aunt Lynn and the Methodist church ladies seemed to take the news about Ms. Musgraves in good stride.\

“Maybe Reba and Dolly could stage an intervention,” she wondered.

“Well, we’ll be sure to put her on the church prayer list,” she said. “As an unspoken.”

No doubt the power of prayer can save country music. But there’s another secret weapon. To borrow a phrase from the great Charlie Daniels – what country music needs is a few more rednecks.