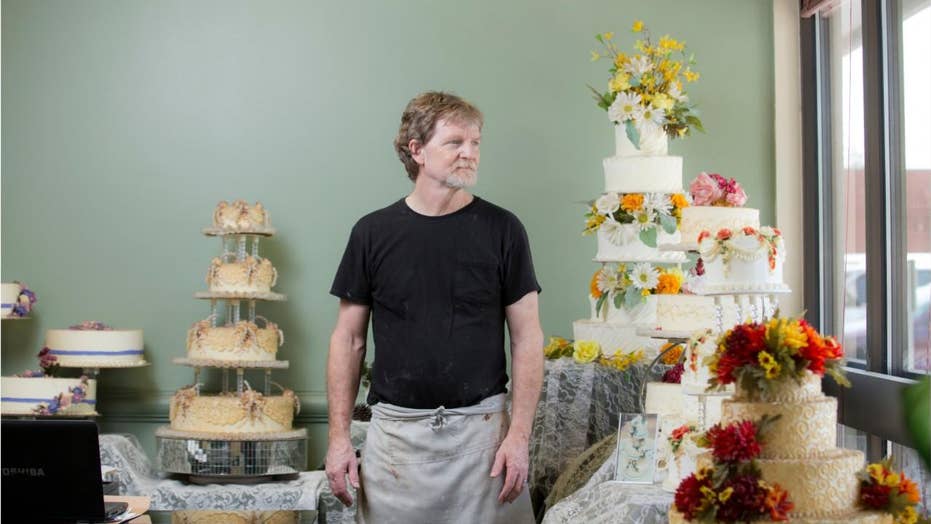 In a 7-2 decision, the Supreme Court has ruled in favor of the Colorado baker who refused to bake a cake for a gay couple.

Jack Phillip’s state government compared him to a Nazi and a slave owner. He was subjected to death threats and boycotts. He was called a homophobe, a bigot. His staff was ordered to undergo re-education training – all because of his devout Christian beliefs.

But after six years of relentless attacks from the Colorado Civil Rights Commission and a well-organized militant group of sex and gender revolutionaries, Masterpiece Cakeshop owner Jack Phillips has finally been vindicated.

The Supreme Court ruled 7-2 in favor of the Colorado baker who declined to bake a cake celebrating a same-sex marriage ceremony.

It was a high-profile case that considered a compelling question: does the government have the right to coerce a creative professional to create expression that conflicts with his or her faith and conscience?

It was a high-profile case that considered a compelling question: does the government have the right to coerce a creative professional to create expression that conflicts with his or her faith and conscience?

The justices were especially critical of the Colorado Civil Rights Commission and their outright hostility towards Mr. Phillips’ religious beliefs.

In 2015 one commissioner compared the soft-spoken baker to a Nazi.

“Freedom of religion and religion has been used to justify all kinds of discrimination throughout history, whether it be slavery, whether it be the Holocaust…I mean we can list hundreds of situations where freedom of religion has been used to justify discrimination,” Commissioner Diann Rice said. “And to me it is one of the most despicable pieces of rhetoric that people can use – to use their religion to hurt others.”

Justice Anthony Kennedy found that the Commission’s consideration of the case was “neither tolerant nor respectful of (Phillips’) religious beliefs” and accused the commissioners of having expressed “hostility to religion.”

“The comments thus cast doubt on the fairness and impartiality of the Commission’s adjudication of Phillip’s case,” Kennedy wrote in the Court’s opinion.

Alliance Defending Freedom attorney Kristen Waggoner represented Mr. Phillips and she was glad the justices called out the Commission.

“Government hostility toward people of faith has no place in our society, yet the state of Colorado was openly antagonistic toward Jack’s religious beliefs about marriage,” she said. “The court was right to condemn that. Tolerance and respect for good-faith differences of opinion are essential in a society like ours. This decision makes clear that the government must respect Jack’s beliefs about marriage.”

Monday’s ruling should give some comfort to Christian business owners who primarily service the wedding industry – gay rights do not necessarily trump everyone else’s rights.

In the aftermath of the Supreme Court’s decision to redefine marriage, Justice Clarence Thomas issued a dire warning. He predicted the decision would inevitably come into conflict with religious liberty.

Justice Thomas reminded us of that warning in his opinion on Masterpiece Cakeshop v. Colorado Civil Rights Commission.

“This case proves that the conflict has already emerged,” he wrote. “Because the Court’s decision vindicates Phillips’ right to free exercise, it seems that religious liberty has lived to fight another day.”

But the storm clouds are gathering as militant LGBT activists conspire to punish those who hold to a traditional definition of marriage. The fight is far from over.

“In future cases, the freedom of speech could be essential to preventing (Obergefell v. Hodges) from being used to ‘stamp out every vestige of dissent’ and ‘vilify Americans who are unwilling to assent to the new orthodoxy,’” Thomas wrote.

Still, it was a good day for religious liberty, but the fight goes on and we must be watchmen on the wall, forever diligent in the battle to protect and defend our nation’s first freedom.