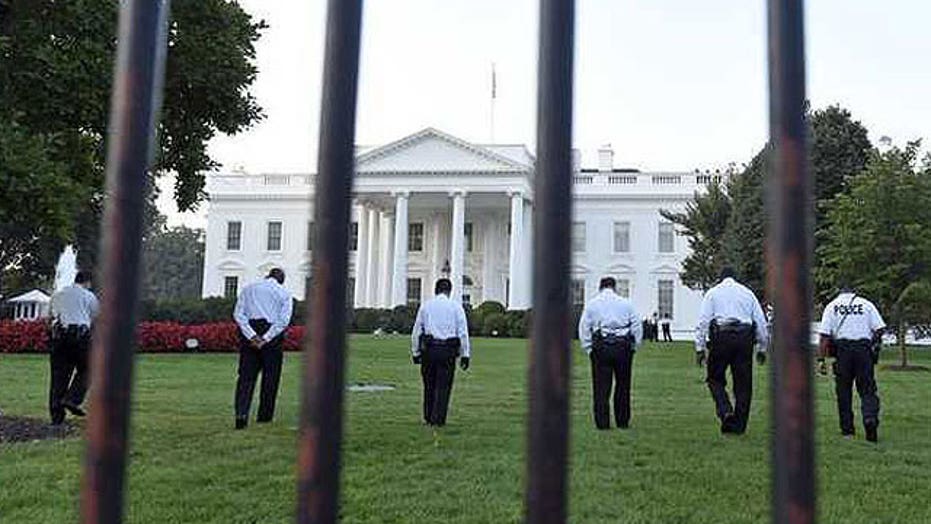 For those of you who bristle at this, go see Hebrews 13:17; 1 Timothy 2:1-15; Romans 13:1; and 1 Peter 2:17. Keep in mind Paul and Peter were both about to suffer and die and were still exhorting fellow Christians, many of whom were also about to suffer and die, to “honor the Emperor” and “[l]et every person be subject to the governing authorities.”

We now know the Occupy DC activist who fired shots at the White House fired more shots than first known and it was a more dangerous situation. Seven bullets were fired into the upstairs residential portion of the White House. Agents thought it was gang fire or a truck backfiring.

We also now know the fence jumper last week made it deep into the White House armed with a knife. He could have had a bomb or a gun.

Neither Mrs. Obama nor the Obama children are in the White House for any reason other than their husband and father was chosen by the majority of this country to lead it. They did not ask to put their lives on the line and now there are threats on their lives. When those seven bullets sailed into the White House, both of the Obama children were home.

And it is their home. It may be the people’s house, but it is the Obama’s home for another two years. This is unacceptable. The Secret Service has suffered scandal after scandal. Some conservatives say this is part and parcel derived from the lax and unprofessional attitudes of the Obama administration’s overall operation.

That should not be it and if that is it, there needs to be a wake up call.

This is wholly unacceptable. Heads should roll and Congress should investigate. For anyone who still bristles at the thought of President Obama, just mutter the words “President Biden” and come to your senses. The behavior of the Secret Service is unacceptable.