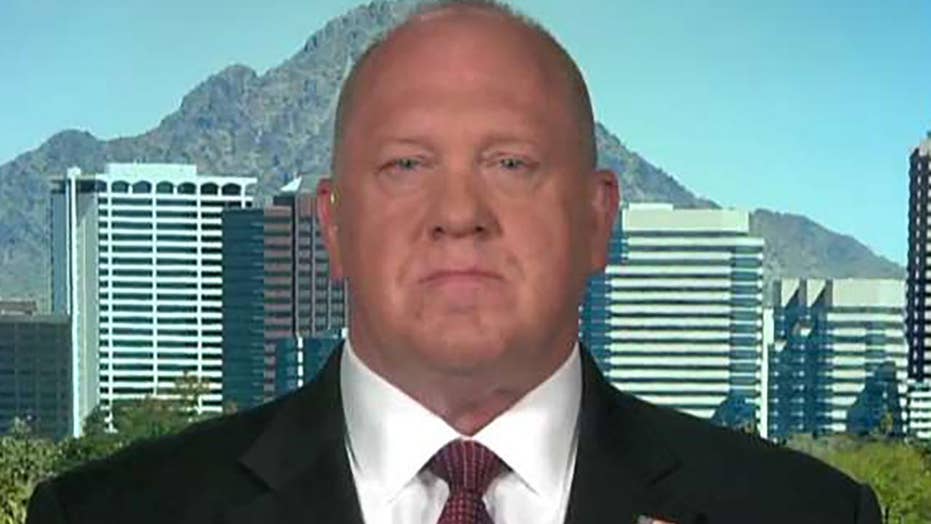 When I was the director of U.S. Immigration and Customs Enforcement, I often talked about sanctuary cities and how politicians who push them were dishonest with their communities. I often talked about how these jurisdictions are un-American, undermine public safety, put the public in harm’s way and make life harder and more dangerous for law enforcement.

Let’s examine the false claim about protecting victims and witnesses. First of all, this doesn't make sense. ICE is not interested in identifying any victim or witnesses to crime. A sanctuary policy prevents ICE from accessing jails, and it prevents ICE from being notified when an illegal alien is released from a jail.

Unless the police arrest and book a victim or a witness, ICE would never know of their existence. If victims and witnesses are afraid to report a crime, it is because of the false stories pushed out to the public by pro-immigrant groups, NGOs and politicians who want to vilify and mischaracterize ICE.

If, by chance, a victim of a crime talks to ICE, they could actually become eligible to obtain legal authorization to remain in the U.S. as a victim. That is a fact you never hear anti-ICE groups acknowledge.

ICE's ability to access jail to speak with an illegal immigrant in the country in violation of federal law and who has been locked up for a crime, presents no danger at all to a victim or witness. The fact is that if you look up recidivism rates, 50 percent of those criminals will re-offend within the first year and as many as 75 percent will re-offend within five years.

Why would the local criminal justice system refuse to let the federal ICE officers enforce their law and prevent further people to become victims?

A clear example is that MS-13 gang members almost always conduct their criminal activity within the immigrant community. How does releasing a child predator, a convicted drunk driver, a convicted robber or someone convicted of assault back into the community help those who are part of it?

The fact is that releasing criminals back into those communities puts victims at greater risk. It doesn’t protect communities. It only protects the criminal illegal immigrant.

It also forces ICE agents to go into communities to seek out criminals. Instead of arresting the bad guy in the safety and security of a jail, they must go into a community or someone's place of business to arrest the criminal. That is much more dangerous for the local law enforcement officers who will most likely have to deal with them again.

When ICE is forced into a community to arrest a criminal, chances are they will find others who are illegally in the country. People who were not even on the radar have been found during operations to seek out at-large criminals.

We call these "collateral arrests." Where do most collateral arrests happen? Sanctuary jurisdictions, because we are forced into neighborhoods rather than operating within jails. So not only is the community at greater risk of repeat crimes by the offender, they are at increased risk of ICE arrest.

ICE is not asking local law enforcement to act as immigration officers. We are simply asking that they give us access to taxpayer-funded jails to talk to those who we have probable cause to believe are in the country illegally. We ask them to honor our detainers, which have been found to be constitutional by the Fifth District Court of the United States.

If they are afraid of lawsuits from groups like the American Civil Liberties Union for holding someone longer than they should have, they can simply call ICE before releasing them. They don’t have to hold an alien one minute longer than they want to hold them. The local jurisdiction has already made the decision to lock them up because they are either a public danger or a flight risk. Now, simply let a federal law enforcement officer enforce federal law. Let us do our job.

Law enforcement should always work with other law enforcement to keep our communities safer. That’s the oath we all took. Stop bowing down to the pro-illegal immigrant activists. Let’s do our job to protect our neighborhoods. There should be no sanctuary for those who intentionally violate our laws.

Sanctuary policies are bad and protect no one other than those who have disrespected our country and already intentionally violated our laws.

I am grateful that we have a president who understands the danger sanctuary cities pose. I am also grateful that we have a Department of Justice that is litigating against these dangerous policies. President Trump has been right on this issue from the start, and we need to support him in his drive to protect America and its people.

Thomas Homan formerly served as acting director of Immigration and Customs Enforcement (ICE) during the Trump administration. He has devoted nearly 34 years of his life to immigration and law enforcement positions.