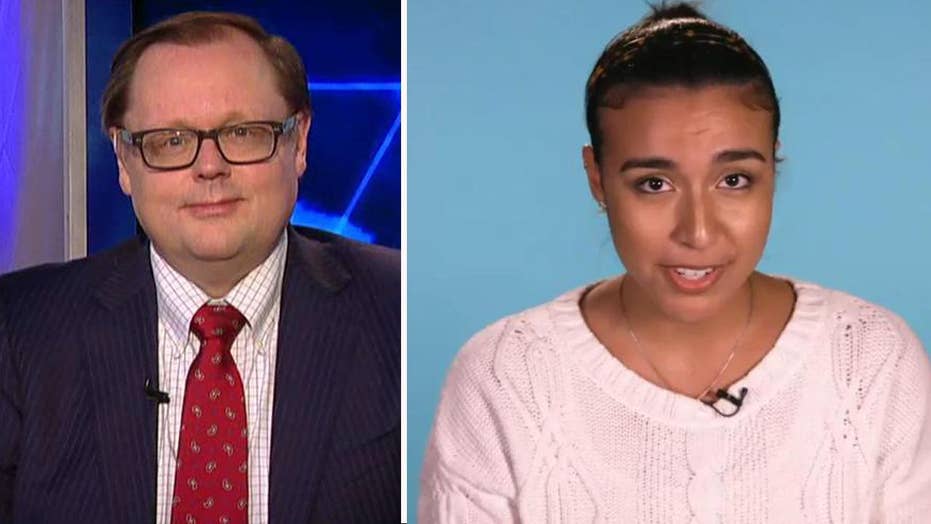 Starnes: This may shock MTV, but I'm a white guy

This may come as a shock to some of you -- but I am a white man. It's true. They tell me I'm pretty fly -- but that's a conversation for another day.

I'm also Southern, drive a pickup truck, eat barbecue, go to church on Sunday and get a little misty whenever I hear Elvis Presley's "American Trilogy."

Now, if you listen closely you might be able to hear the sound of MTV's audience weeping and moaning as they stampede to a safe space. It appears white guys are prone to trigger microaggressions among the network's delicate viewership.

Case in point -- MTV's "2017 Resolutions for White Guys" video – which has now been removed from the network’s website.

The video starts off with a non-white person instructing pale faces to listen up because "there's a few things we think you could do a little bit better in 2017."

From there, we learn that "America was never great for anyone who wasn't a white guy" and that "Black lives just matter." A white female tells us to "learn what mansplaining is and then stop doing it."

What's wrong with having a thoughtful and well-reasoned conversation about an issue instead of getting all worked up? (Stand down, feminists – it’s a joke)

Newsbusters says the list of complaints was compiled by professional grievance artists. Now to be fair -- I've never met anyone employed by MTV. So I have no idea who came up with the list. It could've been Black Panthers with a beef or maybe angry white women with man issues or a gender neutral ze ir zir who self identifies as non-white.

Or maybe, just maybe MTV’s “Blame the White Guy” video was the brainchild of a bunch of dimwitted, perpetually-offended racist pinheads.

My new book addresses this very issue: "The Deplorables Guide to Making America Great Again." It's a homage to all of us folks stuffed in Hillary's big basket of irredeemable deplorables. You can pre-order a copy by clicking here.

And be forewarned. This book will cause microaggressions -- because it was written by a white guy.