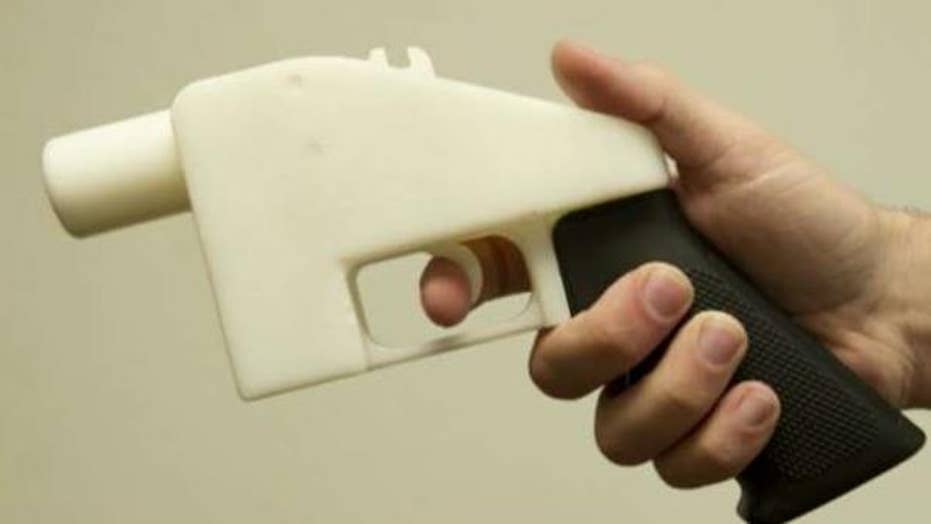 The federal government has finally recognized the obvious – that sharing instructions on how to make guns with 3D printers counts as constitutionally protected speech. Despite little fanfare, this is an important victory for First Amendment rights. It also represents a real blow to the increasingly futile cause of gun control.

The U.S. Justice Department announced a legal settlement and its surrender to the First Amendment arguments July 10 made in a case brought by Cody Wilson, founder of Defense Distributed. Wilson, 25, created a ruckus in May 2013 when he announced his successful design of a plastic gun. In just two days, 100,000 copies of the handgun blueprint were downloaded from Wilson’s website.

People are going to download these files whether they're legal or not. As we've seen with movies, file sharing is unstoppable. The most pirated TV program in 2017 was the seventh season of “Game of Thrones,” with well over 10 million illegal downloads in most weeks.

Within days of the gun file being uploaded, the Obama State Department served Wilson with a letter threatening criminal prosecution for violating federal export controls. Wilson immediately complied with the order, but there was no way to stop further downloading.

Within a week of the initial uploading, the file could be downloaded on the Internet from over 4,000 different computers around the world.

The Justice Department’s recent settlement with Wilson is very favorable to him, allowing Wilson to provide the printing instructions “for public release (meaning unlimited distribution) in any form.” The government also compensated $40,000 of Wilson’s legal costs.

Someone has just as much right to release the instructions in a computer file as in a book or newspaper article. The groups that submitted arguments on Wilson's behalf were ideologically diverse, ranging from conservative self-defense advocacy groups to the Reporters’ Committee for Freedom of the Press and Electronic Frontier Foundation.

Anyone with access to a metal 3D printer can make guns functionally and aesthetically indistinguishable from any gun that can be bought in a store. Such metal printers are available for less than $2,000.

How the government will stop people from obtaining these printers isn’t exactly obvious. Proposals to require background checks, mandatory serial numbers and even a registration process for printers are easily defeated. Even if printers are registered with the government, what is going to stop gangs from stealing them? And the designs for making your own printer have been available on the Internet for years.

3D printers make the already extremely difficult job of controlling access to guns practically impossible. The government is not going to be able to ban guns, and limits on the size of bullet magazines will be even more laughable than before. Many parts of a gun can be made on very inexpensive, plastic 3D printers or even from simple machine tools.

It will be even more difficult to impose background checks, which have proven quite useless anyway. The government has been no more effective at stopping criminals from getting guns than at stopping them from obtaining drugs. That isn’t too surprising, as drug gangs are the source of both illegal drugs and guns.

The goal of eliminating guns is ultimately a fool’s errand. Every place in the world that we have crime data for that has banned all guns or all handguns has seen a subsequent increase in murder rates. Even island nations such as Ireland and Jamaica – with coastlines that are more easily monitored and defended than land borders would be – have faced five- or six-fold increases in murder rates after guns were banned.

It is understandable that governments want to regulate 3D printing, but gutting the First Amendment is too high a cost. This settlement may bring some awareness to the futility of gun control regulations that only disarm the law-abiding.