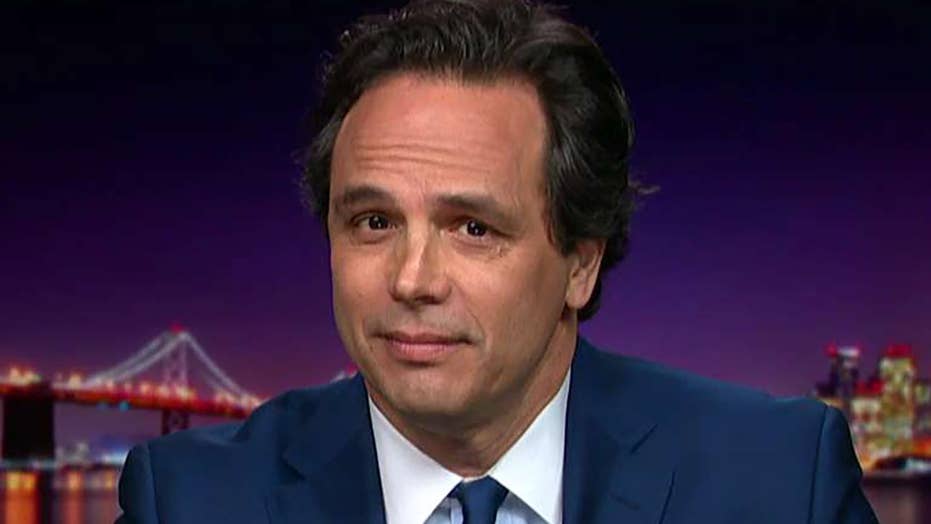 Op-ed: There are just nine steps from freedom to socialism to societal breakdown

Talk of socialism is suddenly everywhere. The journey from a free society to socialism, however, does not occur overnight.  It’s a stepped process that begins slowly and ends with a rush.

Here are those steps:

Step 1. Massive Government Spending. Socialist states have government at the center of their economies and feature enormous spending programs.

Obama once said you can create a governing majority of those dependent on government. Elizabeth Warren is now promoting “universal child care,” which would extend that dependence.

By the end of Rome’s socialism under Diocletian, according to the historian Will Durant, taxation “rose to such heights that men lost the incentive to work or earn, and an erosive context began between lawyers finding devices to evade taxes and lawyers formulating laws to prevent evasion,” which led Romans to flee, seeking “refuge among the barbarians.”

We have a tax code so complicated and long that few can do their own taxes. Not satisfied, politicians threaten massive income tax hikes, wealth tax confiscation and penalties for those who want to leave the country.

Step 3.  Reduced Growth Leading to Economic Stagnation. Over the last 20 years, the European Union, which featured socialist and semi-socialist states, had almost zero economic growth.  Over the last 60 years, while our governments grew to 36 percent of the economy and imposed trillions in regulation, our growth slipped from an average of 4 percent to 2 percent.

Step 4. Deficits. In semi-socialist Greece, once on the brink of being a failed state, government debt, as a percentage of the economy, is nearly 180 percent. That would be like you having credit card debt nearly double your income.  In the U.S., that debt ratio has exploded in the last decade, rising to nearly 106 percent.

Step 5. Governments Print Money. Undeterred by deficits or debt, governments print money to pay for programs. Inflation is the result of governments increasing the money supply beyond the needs of economic growth. In socialist Venezuela, inflation is expected to be at least one million percent in 2019. In other words, its money isn’t worth the paper on which it’s printed.

Step 6. Government Fixes Prices and Declares When Goods Can be Sold. Diocletian set wage and price controls for socialist Rome.  In Venezuela, people can only shop on certain days and shopping malls can only be open two days a week. Free of that today, in the 1970s, we had gas rationing and double-digit inflation.

Step 8. Class Warfare Begins Tearing the Fabric of Society.  Historically, class warfare (the fight between classes of haves and have-nots) begins in earnest as economies stagnate. That reaches a dangerous apex during prolonged economic stagnation if accompanied by significant wealth inequality.

Of ancient Greece, Plato described “two cities . . . one the city of the poor, the other of the rich, the one at war with the other.”  According to Durant, the “poor schemed to despoil the rich by legislation and revolution [and] the rich organized for protection against the poor.” Ancient Greece’s bitter class warfare included not only government redistribution, but a distrust of “democracy as empowered envy” – a certain outcome, in the U.S., if we abandon the Electoral College.

Step 9. Total Societal Discord. Also in ancient Greece, debtors, when the legislative ransoming of the rich’s wealth was not enough, murdered creditors as in Mytilene. Today, Venezuela is in near total societal breakdown as tens of thousands seek to flee the country amidst a socialist dictatorship, a growing police state, empty store shelves, little medicine, and even less order.

Those are the steps. They don’t necessarily occur in order, often occur in tandem and don’t have a timetable. While they take time to develop, the rush at the end can be quite rapid as we have seen in Venezuela.

All along the way, the power of government grows and rights correspondingly diminish. Often initiated by a seduced vote of the people, in time, socialism is maintained by force.

The United States is not, currently, a socialist nation. Our economic vitality remains greatly decentralized – a necessity for a stable republic.  However, we have massive government programs.  If spending increases, at the rate it has in the last 20 years, socialism will come into view.  The adoption of “Medicare-for-all,” estimated to yearly cost $3.2 trillion, would push our spending as a percent of GDP well above 50 percent and explode our debt even more.

History, of course, is not a pre-determined straight line. Wise leaders have steered civilizations away from bad decisions – as they have in Sweden today.

On the other hand, the fall of the Roman Republic and Greek democracy still serve as harsh warnings to large governments like our own.

Altogether, only a fool would rush into more government spending and irretrievable government dependence. The wise should rather seek to reduce government in the hopes of avoiding the socialist mistakes of the past.