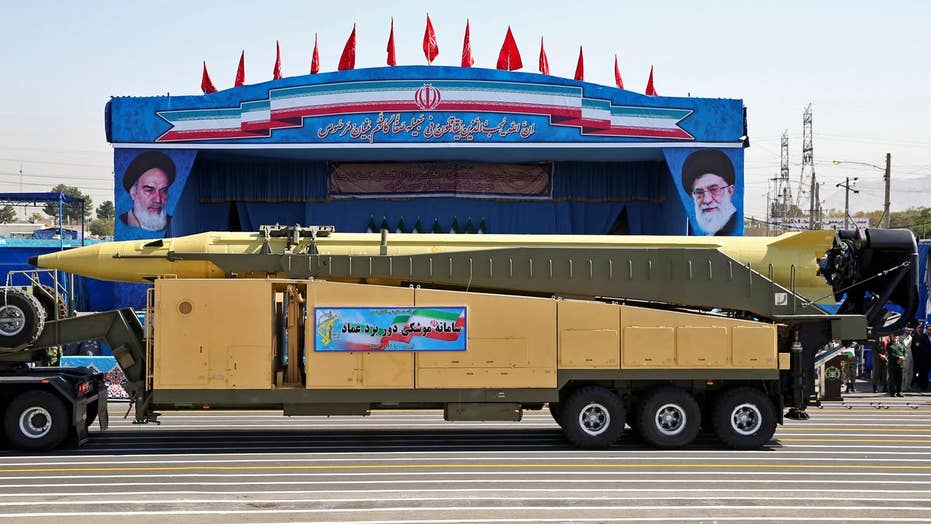 In an recent article in Foreign Policy magazine, author Trita Parsi wants us to believe that “Iran’s proxy wars [are] a figment of America’s imagination.” He brushes off the statements of newly minted Secretary of Defense James Mattis—a career Marine, four star general and universally lauded military expert—as hyperbole.

Interestingly, Parsi neglects to mention Iran’s long-held position as the leading state sponsor of terrorism. At a time when facts are at a premium, let's assess the stark realities of the Iranian regime and the severe threat it poses to global security.

Iran is responsible for the death of more than 1,000 U.S. service members, and the catastrophic injuries of countless more through its financial support, provision of weapons and training of terrorists in Iraq, Lebanon and across the Gulf states.

A July 2012 U.S. court case confirmed Iran’s integral role in the 1983 Hezbollah bombing of the Marine barracks in Beirut; the deadliest attack against Americans before 9/11, this truck bombing killed 241 Americans. This support has continued for decades.

And in sworn testimony before the Senate Armed Services Committee in 2008, General David Petraeus said, “Iran’s activities have been particularly harmful in Iraq, Lebanon, the Palestinian territories and Afghanistan. In each location, Tehran has, to varying degrees, fueled proxy wars in an effort to increase its influence and pursue its regional ambitions.”

And just last year President Barack Obama echoed that sentiment saying, “We remain steadfast in opposing Iran’s destabilizing behavior elsewhere, including its threats against Israel and our Gulf partners, and its support for violent proxies in places like Syria and Yemen.”

In the wake of the nuclear deal, the Iranian economy has benefitted greatly from lifted sanctions. Unfortunately, recent reporting confirms that the biggest benefactor has not been the Iranian people but instead is the Iranian government, which is still controlled by the Ayatollah and the Islamic Revolutionary Guard Corps (IRGC), a terrorist organization sanctioned by the U.S. and international community.

This infusion of cash, since the lifting of sanctions, has only further enabled and emboldened Iran in its hegemonic efforts.

Recent evidence shows that Iran is exploiting this opportunity to establish a “Shi'ite crescent… stretching from the Afghan border to the Mediterranean Sea.”

Reuters reports that “for the first time, Tehran could exert authority over a vast sweep of the Middle East” and gain the upper hand over its Sunni rivals.

Further proof comes in the form of reports that in recent months Iran has increased the pace of weapons transfers to the Houthis in Yemen.

In October alone, the U.S. seized five weapons shipments at sea bound for Yemen from Iran. The U.S. military believes Iran supplied the cruise missiles the Houthis fired at U.S. naval vessels off the coast of Yemen that month in an unprecedented escalation of the conflict.

Perhaps the most glaring example of all, however, is Iranian support for Hezbollah. Hezbollah’s founding manifesto openly pledges loyalty to Iran’s Ayatollah and just this past June, Hezbollah chief Hassan Nasrallah defiantly declared: “We are open about the fact that Hezbollah's budget, its income, its expenses, everything it eats and drinks, its weapons and rockets, are from the Islamic Republic of Iran.”

There is no shortage of examples or evidence, no lack of statements from leading government officials. Iran is unabashedly encouraging proxy wars throughout the Middle East. And the current nuclear deal provides a terrorism slush fund to increase those actions.

Rather than attempt to deny the Iranian regime’s transparent role in waging destructive proxy wars across the Middle East, or cast blame on other Gulf states, we must accept the facts and recommit ourselves to fight all terrorists and those who would support them.