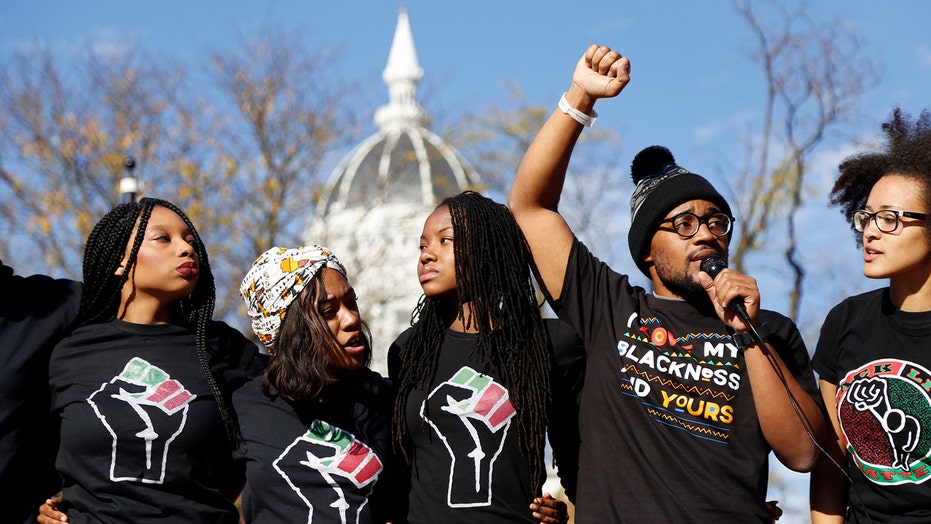 Imagine being devoted to a university, only to walk outside of your dorm to see a feces-smeared swastika on the side of the place that you temporarily call home.  Then, for the university which you’ve devoted your time and talents, only to go silent, as if the indirect messages of hatred and prejudice are just a figment of your imagination?

When the news broke of an entire Division One football team banning together against the silence that often resonates around issues of race in America,

I braced myself for the commentary I knew I’d experience surrounding racial issues that many are often out of touch with when their own reality is simply different.

I overheard a random conversation debating the validity of the claim that a swastika represents hatred towards blacks.

Some believe that racial tensions in America only exist when a teenager is murdered while wearing a hoodie in Florida or when a police van transporting a suspect results in his death in Baltimore. But for many, those tensions, biases and misperceptions exist on a day-to-day basis and have never gone away.

The speaker suggested it was all about interpretation -- subjective even.

It was being construed that this symbol of global hatred was not applicable to blacks attending school at the University of Missouri.

At the same time, someone sang a line from one of the most profound civil rights anthems “we shall overcome” — in a sarcastic tone.

To prevent myself from engaging in a senseless debate over someone’s perception of reality, I thought to myself, “Well what does hate look like to you?”

As an African-American woman in corporate America, I often read about the plight of minorities in commentaries written by individuals who don’t understand the complexities of what it means to black in America.

I also have the unique experience, more often than not, of being the only African-American woman in the room.

Many times I am asked questions that on the surface are genuine inquiries; however, it’s the underlying connotation that often times pierces the soul.

“Well, how did you get here?” or the unflattering, “you’re polished and you speak quite well”; all common ‘accolades’ that some educated African-Americans hear on their quest to pierce the glass ceiling.

These are compliments that my friends and I chuckle about as we prove to be enigmas of what society perceives us to be.

However, behind our smiles and laughter are images of pain that aren’t as overt as strange fruit hanging from trees or crosses being burned on your front lawn.

It is the subtle prejudices and insensitivities that sting just as bad.

Some believe that racial tensions in America only exist when a teenager is murdered while wearing a hoodie in Florida or when a police van transporting a suspect results in his death in Baltimore.

But for many, those tensions, biases and misperceptions exist on a day-to-day basis and have never gone away.

It’s not that anyone desires special treatment or sympathy, it’s simply the hope that we will all be treated equally and with dignity.

I often wonder if protesting and legislating can change the content of a man’s character or the reality of what lives in his heart.

It is my hope that, as Americans, we no longer spend time debating the validity of someone’s plight.

Instead, I hope that we will band together, like the student-athletes at the University of Missouri, acknowledge what’s unjust and simply stand up for what’s right.