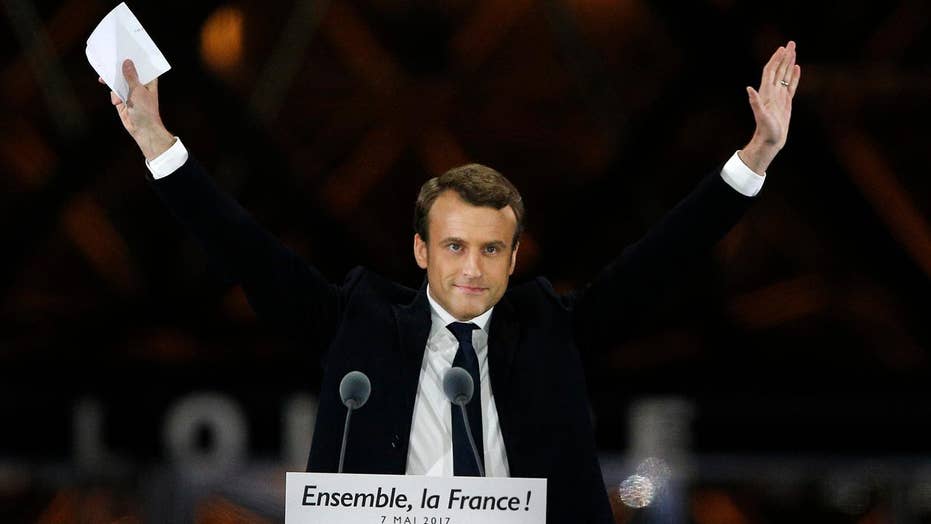 Macron won with 66 percent of the vote

Within the past year, the United States and France both elected new presidents.  In each election, many of the same issues were at the forefront, such as national security, immigration, climate change, and the economy.

To deal with these pressing policy challenges, the American people elected the ultimate political outsider to reform a broken federal government.  The French elected a former socialist and product of government as their new head of state.  Like so many elections before, the choice in both countries centered on the size and scope of government and its role in people’s lives.

As President Trump prepares to visit France later this week for Bastille Day and his meeting with French President Emmanuel Macron, there will be many policy differences to discuss.  Both new leaders are in the process of trying to enact their agendas with President Trump facing Democrat obstruction at every turn.

I expect among the topics to be discussed will be President Trump’s recent decision to pull the United States out of the Paris Climate Accord.  President Macron will explain why his position on climate change is correct and that the United States should accept this conclusion for the good of the world.  Macron will say that 194 countries can’t possibly be wrong.  President Trump will assuredly say he made his decision because he thinks the Paris treaty is bad for the U.S. economy and American workers and that is his paramount concern.

President Macron has plans to push a big government “economic stimulus” spending package that will invest in training, energy and the environment. President Trump might share with him that a similar idea was attempted in the United States under President Obama in 2009 and it failed miserably.

While the two world leaders discuss climate change, those talks will inevitably lead to a discussion of their views for economic recovery in their respective nations.  France’s 10 percent unemployment rate and high minimum wage are issues that Mr. Macron needs to deal with.  President Trump can share evidence that big minimum wage increases actually hurt workers instead of help them.  You need to look no further than liberal Seattle.

President Trump will have an opportunity to discuss his plans to further aid America’s economy and 15-year low unemployment rate by cutting taxes and regulations across the board to spur economic growth in the mold of Ronald Reagan.  History will attest that Reagan’s formula worked extraordinarily well.

President Macron, on the other hand, has plans to push a big government “economic stimulus” spending package that will invest in training, energy and the environment.  President Trump might share with Mr. Macron that a similar idea was attempted in the United States under President Obama in 2009 and it failed miserably.

Any discussion concerning immigration and refugees must turn to the overall strategy of defeating radical Islamic terrorism and ISIS at home and abroad.  President Trump believes that a successful strategy must begin with strong leadership and a commitment to call radical Islam exactly what it is: evil.   President Macron believes, as he has said before, that “this threat will be a fact of daily life in the coming years.”  President Trump should reject this defeatist mindset and articulate that we must take steps now to save future generations from the scourge of terrorism.

Time will tell which leader’s ideas for economic growth, national security, immigration, and climate change will work best for their proud citizenries.  These stark differences in philosophies will play themselves out as policies are enacted. Will President Trump’s “America First” agenda of less government, low taxes, and peace through strength be the recipe for success?  If history is any indication, the answer is yes.