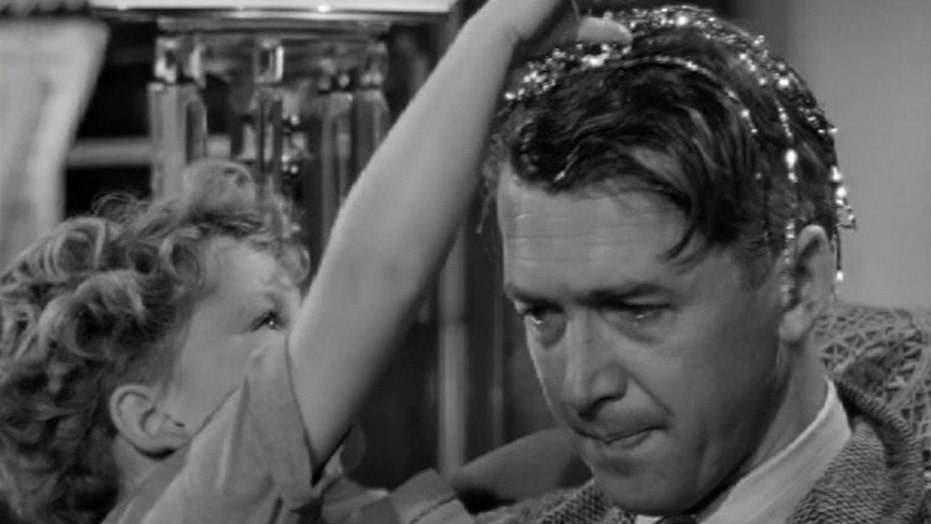 'It's a Wonderful Life' marks a milestone

As we approach the 71st anniversary of Frank Capra’s perennial Christmas classic “It’s A Wonderful Life,” I think it’s time to reexamine the film’s heroes. The result might surprise you.

As a child, I assumed the hero was Jimmy Stewart’s wholesome hometown character, George Bailey. The American Film Institute agreed, listing George as the ninth greatest screen hero of all time. After all, the whole point of the movie is to show us what life in Bedford Falls would be like without George.

We quickly discover it would be pretty grim – a dark and foreboding shantytown owned by an evil millionaire named Henry F. Potter, a miserly character played perfectly by Lionel Barrymore. The film revolves around George, the congenial and affable everyman who bravely stands up to Mr. Potter’s greed. The hero had to be George, or so I thought.

In my teens and twenties, when my faith became my own and I began studying more closely the mysterious and spiritual side of life, I thought the hero had to be Henry Travers’ character, Clarence Odbody, Angel Second Class.

When George, stressed over the missing $8,000 now owed to Mr. Potter, rages red-hot and hurls insults in every direction on Christmas Eve, it’s Mary who keeps her cool.

It’s Clarence who saves George – so that George can continue to help save everybody else. Though theologically questionable, the thought of a guardian angel is comforting. Plus, it’s Christmas and angels play a significant part in the Yuletide story. For years, Clarence had my vote.

But now that I’m in my forties, and as a husband and father, I’ve come to realize that the biggest hero of the movie isn’t George or Clarence.

The biggest hero is actually a heroine, Mary Hatch Bailey, played by Donna Reed. She’s George’s poised and unflappable wife and the mother of their four children, Janie, Pete, Tommy and Zuzu.

Mary is patient:  George and Mary are about to head off on their honeymoon just as there’s a run on the Bailey Building and Loan. George abruptly cancels the romantic trip to New York City and Bermuda, instead spending their savings to keep the business solvent. His bride doesn’t complain. She pledged to be his wife for “richer or poorer” – and Mary quickly keeps her sacred vow.

Mary is long-suffering: The newlywed couple moves into a dilapidated and drafty old house. Does Mary want more? She never lets on but instead gets to work making the rickety house a home. Later, when George foregoes a big payout by declining an offer to sell the business to Mr. Potter, Mary doesn’t criticize her husband’s idealism. Instead, Mary throws herself into the care and nurturing of the children. She’s content.

Mary is responsible:   With World War II raging and her husband deferred from military service due to his poor hearing, Mary eagerly volunteers to do her part for the country. Despite being a busy mother of four, we see Mary running a local branch of the USO.

Mary is a woman of prayer: When George, stressed over the missing $8,000 now owed to Mr. Potter, rages red-hot and hurls insults in every direction on Christmas Eve, it’s Mary who keeps her cool. After George storms out of the house, Mary urges the children to pray for their father. She prays, too, and she also gets to work.

Mary is a woman of quiet action: It would be easy to sulk and sour in the midst of the family’s traumatic day, but after urging the children to pray, Mary immediately picks up the phone and rallies the help of their family and friends. When George returns with a new and improved outlook, Mary doesn’t lace into him or even question where he’s been. “You have no idea what happened to me!” George cries. To which a smiling Mary, about to welcome in an adoring and jubilant crowd of friends, responds, “You have no idea what’s happened.”

At a time in history when popular culture is being reminded again about the importance of respecting women, the many positive attributes of Donna Reed’s seven-decades-old character affirm anew what William Ross Wallace first wrote in 1865: “The hand that rocks the cradle is the hand that rules the world.”

Heroism manifests itself in many forms in the overlooked or understated people of this world, most especially spouses who sit outside the spotlight and mothers who sacrifice on a daily basis for their children.

Christmas is a wonderful time to remember that greatness often comes quietly, as it did in the form of a helpless baby to another quiet woman named Mary.