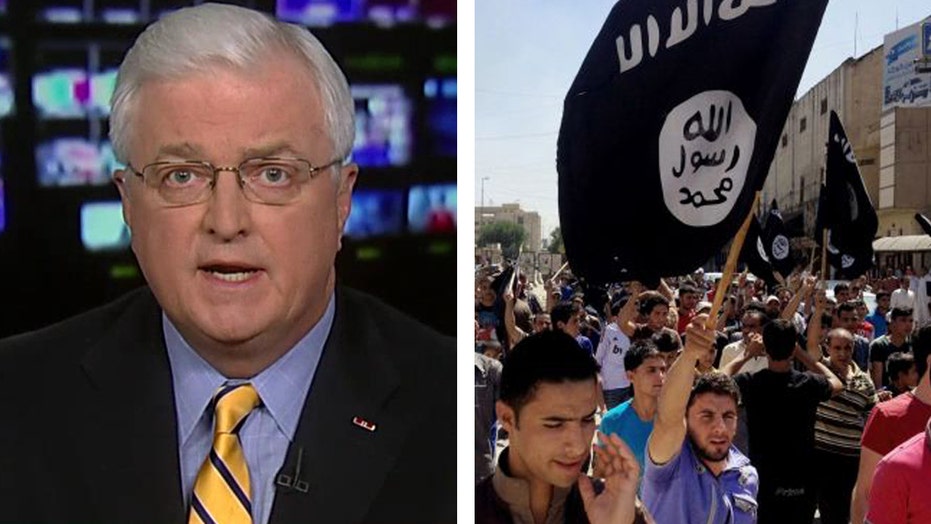 Van Hipp: Fighting radical Islam is 'challenge of our time'

The fight against radical Islam and the global jihadist movement is the challenge of our time.   Threats to our homeland are constantly increasing and our lack of real border security has only compounded the problem.

Technology is rapidly changing and increasing.  However, our government remains stovepiped, and often times, lacks the ability to analyze, adapt and respond quick enough.

It’s time for us once again to have the same level of commitment for keeping America safe as we did following 9/11.

The 9/11 Commission said that “9/11 was a failure of imagination.”  It’s important that we quit preparing for the last threat, but be imaginative so that we can prevent the next terrorist attack on America.

It’s time for us once again to have the same level of commitment for keeping America safe as we did following 9/11.

Today we live in a world on fire and it’s important from a historical perspective to understand how and when the world caught fire.  We need to understand radical Islam, the history behind it and what motivates ISIS, Al Qaeda and others who want to kills us and destroy Western civilization.

Since the 15th century, radical Islamic scholars have wanted a return to their version of a so-called perfect society at the time of the Prophet Mohammed and the first 4 Caliphs.  Their belief was that the Islamic nation, the “umma,” would spread its influence until the entire world had come under its sway.  Infidels would convert and live as 2nd class persons (“dhimmitude”) or be eliminated.  ISIS has now declared itself a caliphate consisting of roughly 1/3 of Syria and 1/3 of Iraq.

Presently, the United States faces a number of very real terrorist threats which we must be better prepared for.

At the top of this list is cyber war.  In short, cyber war is the most complicated national security threat America has ever faced. The equivalent of a 9/11 in the cyber realm, with “too big to fail banks” that have only gotten bigger, has the potential to be even more devastating on our economy.  Here, there are many measures we need to employ including fighting a preventive war, planting cyber booby traps, and provide national security scholarships to our top computer science majors.

To better secure our skies, we need laser jammers on our civilian aircraft.  Our own State Department says that there are several thousand MANPADS (man portable air defense systems) not in the control of governments.  Since a terrorist can buy a MANPAD for as little as $5K, we need to outfit our civilian aircraft with countermeasures.

And we’ve got to do a much better job of securing our borders, harbors and ports.  The Pentagon needs to share its latest sensor research with Customs & Border Patrol to better detect those who are illegally coming across our border as well as dangerous radiological, biological and chemical substances.

Don’t forget that the radical Imam Said Jaziri was caught trying to come across our southern border.  Further, some 59,000 people from countries other than Mexico were apprehended illegally trying to enter the United States in 2010.  These included people from countries such as  Somalia, Yemen, Pakistan, Syria, Iran, and Sudan.  Where are the ones we didn’t catch and what are they doing?

The threat of underwater mines and IEDs is very real.  Here, we need a real mine countermeasure capability on the Atlantic Coast and the Gulf of Mexico.  The use of autonomous underwater vehicles (AUVs) to periodically check the seabeds of all our ports will help address this threat.

There are many other threats that must be addressed with real solutions.  These include the biological and electromagnetic pulse threats.  And make no mistake, political correctness and bureaucratic red tape continue to imperil our national security efforts.

We also need to unleash Open Source Intelligence (OSINT) and make better use of it.  After all, that’s where up to 95% of our intelligence comes from, but historically we’ve made inadequate use of it.  And we must improve our missile defense capability.  The East Coast needs a land based interceptor capability just like the West Coast.

A true “Situational Awareness Hotline” could help greatly in addressing the soft target threat scenario.  This would be completely separate from 911 calls and would enable a person in real time to text photos of suspicious activity, etc. to a central database with the analytical tools to connect the dots and respond rapidly.

In order to keep America safe and implement new solutions to various threats, we need to improve efficiencies in the government and identify areas we can cut and reform.  I call it “Victory without Bankruptcy” and it can be done.

Following 9/11, there was a heightened sense of awareness and commitment by all of us.  Unfortunately, as ISIS has reminded us, the threats have not subsided.  The world is an even more dangerous place today than it was immediately after 9/11.  As a people, though, we’ve let our guard down and taken too much for granted.

It’s time for us once again to have the same level of commitment for keeping America safe as we did following 9/11.  This is the time to divert our attention away from typical everyday issues and, for now, give our full attention to the survival of Western civilization.