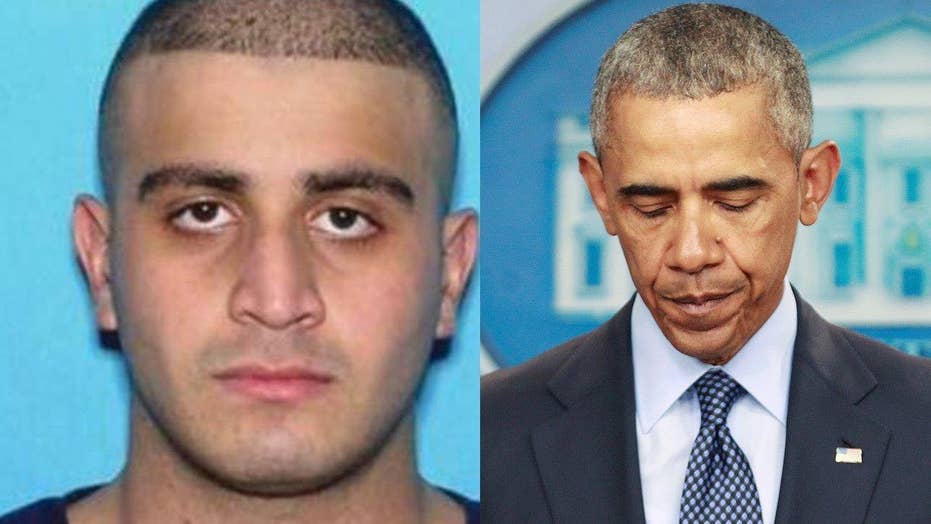 The Dispatch: Todd Starnes reacts to President Obama's choice for political correctness in the wake of the tragic Orlando terrorist attack

That is the war cry of the modern-day jihadist.

The Islamic Radicals want to exterminate all of us -- Gay and straight, Christian and Jew.

“They target each and every one of us,” Sen. Ted Cruz (R-Texas) wrote in a powerful call to action. “Their objective, which they broadcast worldwide, is to murder or forcibly convert every single American.”

And as we saw in Orlando, Florida -- this enemy shows no mercy.

The death toll is staggering – 49 dead, dozens wounded – mostly young people enjoying a night of dancing and music at a popular gay nightclub.

More bodies piled on the altar of political correctness. I say enough!

“What we need is for every American – Democrat and Republican – to come together, abandon political correctness, and unite in defeating radical Islamic terrorism,” Cruz wrote.

But America is at war with an enemy our president refuses to acknowledge.

President Obama went on national television and told us he has no "definitive judgment" on the motive of the Orlando jihadist.

Click here to get Todd’s latest book - your primer on how to restore traditional American values!

So let’s review the facts. The gunman had reportedly pledged allegiance to ISIS in a 911 telephone call. He reportedly referenced the Boston bombers in that conversation. And he reportedly and screamed “Allahu Akbar” -- as he massacred innocent Americans.

And still the president seemed baffled over the jihadist’s motivations..

It was similar to his behavior in the aftermath of Chattanooga and San Bernardino and Boston and Fort Hood.

“We need a commander-in-chief who will speak the truth, and who will unleash the full force and fury of the American military to utterly destroy ISIS and its affiliates,” said Cruz. “We need to pass the Expatriate Terrorist Act, so that known ISIS terrorists cannot use U.S. passports to return to America and wage jihad. We need a President who is serious – who will identify the enemy by name and do everything necessary to defeat it.”

But the White House does not seem all that serious about naming the enemy or admitting that Radical Islam inspired the carnage.

And that brings me to something that happened during the first post-shooting press conference.

They invited a Muslim religious leader to speak.

Now, why would they do that? Why invite the local imam if the shooting had nothing to do with radical Islam?

Instead of urging Muslims to wage war on the Islamists, he advanced the Mainstream Media’s narrative about getting our guns.

With all due respect -- Americans did not need a lecture from the Senior Imam of the Islamic Society of Central Florida -- especially after an Islamist had just slaughtered Americans on American soil.

But amid the carnage and devastation came acts of bravery and compassion.

Police officers and first responders ran into harm's way to save lives. Hundreds of citizens lined up to give blood. Churches hosted vigils and prayer services.

And not even a jihadist can destroy that.