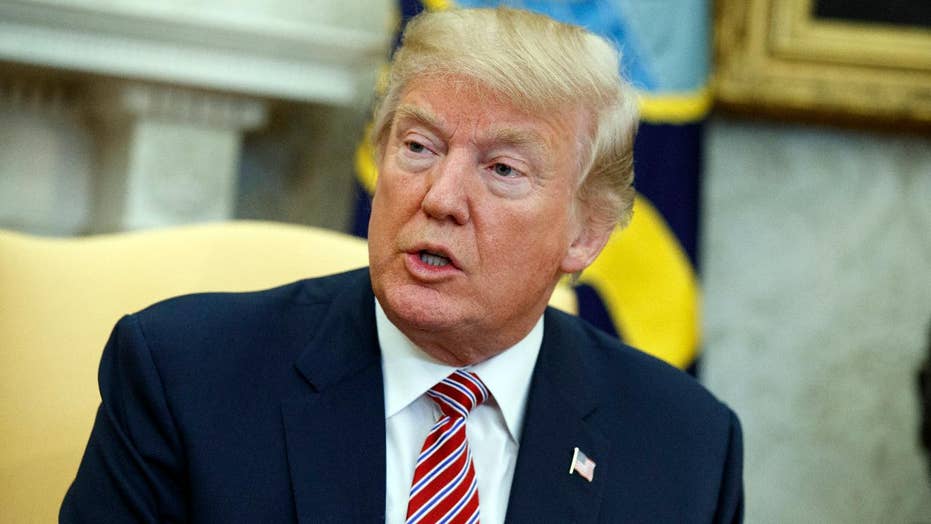 President Trump’s style has dismayed many on the right as well as the left. But when it comes to actions, conservatives find much to delight them.

While the 2016 presidential elections were underway, policy analysts at The Heritage Foundation (my employer and one of the nation’s leading think tanks) compiled a six-volume series of conservative, research-based policy recommendations for the next president.

The recommendations were calculated to help the incoming president and Congress jumpstart the economy, strengthen national security and halt the increasing centralization of power in the federal government.

At the end of 2017, we reviewed all 334 recommendations presented in our “Mandate for Leadership” series and found that the Trump administration had embraced fully 64 percent of them. That’s nearly two out of three – and that’s very good indeed.

From pulling America out of the unaffordable and unworkable Paris Protocol on Climate Change to ending the damaging Obama era regulations on net neutrality, the Trump administration has advanced a broad conservative agenda on dozens more fronts in 2017.

Most Americans are already familiar with some of the conservative agenda items adopted in the last year.

The once-in-a-generation tax reform passed in December, for example, reflected the fundamental changes we recommended to transform the tax code from one that penalized economic growth to one that promotes it. Already, the American people have begun to reap the benefits: higher take-home pay, tax cut-fueled bonuses and a burgeoning job market.

And many are aware of how Congress acted on another key recommendations to exercise its authority under the long-ignored Congressional Review Act (CRA) to overturn ill-considered rules implemented by regulatory agencies. During the first few months of its session, Congress used CRA resolutions to eliminate 14 major rules finalized by the Obama administration in its waning days.

But relatively few Americans are aware that the president has waged his own war on over-regulation. For example, President Trump has lifted the Obama-era moratorium on coal leases on federal lands. And he has instructed executive branch agencies to review and reconsider pending rules, with a goal of eliminating two regulations for every new one implemented.

By year’s end, the Trump administration had withdrawn or delayed 1,500 proposed regulations. It has made a difference. On Dec. 14, the administration reported that the regulatory rollback had saved the American economy $8.1 billion, and would save another $9.8 billion in fiscal 2019.

Conservatives cheered the nomination and confirmation of Neil Gorsuch, a strong constitutionalist, to the U.S. Supreme Court. And President Trump followed this up with many other outstanding judicial appointments.

By the end of 2017, the Senate had confirmed 12 circuit court of appeals judges – the largest number of appellate judges confirmed during the first year of any president in history. Why does that matter? Because most federal cases stop at the appellate level. Only one of every 700 cases heard by these courts goes on to the Supreme Court.

President Trump has eschewed President Obama’s practice of filling these slots with activist judges who interpret the laws as what they think the laws should say, rather than as they are actually written. It’s a huge change – and a tremendous boost for the rule of law.

From pulling America out of the unaffordable and unworkable Paris Protocol on Climate Change to ending the damaging Obama era regulations on net neutrality, the Trump administration has advanced a broad conservative agenda on dozens more fronts in 2017.

Yes, there is much more work to do. The Senate badly fumbled ObamaCare repeal last year, leaving millions of Americans saddled with increasingly unaffordable health coverage. Welfare reform remains a major challenge, and restoring some sense of fiscal responsibility to Washington seems as elusive as ever.

But make no mistake, 2017 was a banner year for conservative policy victories. On that score, President Trump can confidently stack his record right up there next to President Reagan’s first year.

The politicians and pundits of the left would lead you to believe that the administration has been just as distracted and discombobulated by the president’s tweets as they have been. But the scores of principled conservatives President Trump has brought into the executive branch have very much kept their eye on the ball. The conservative agenda is marching forward.

Thomas Binion is the director of congressional and executive branch relations for The Heritage Foundation.