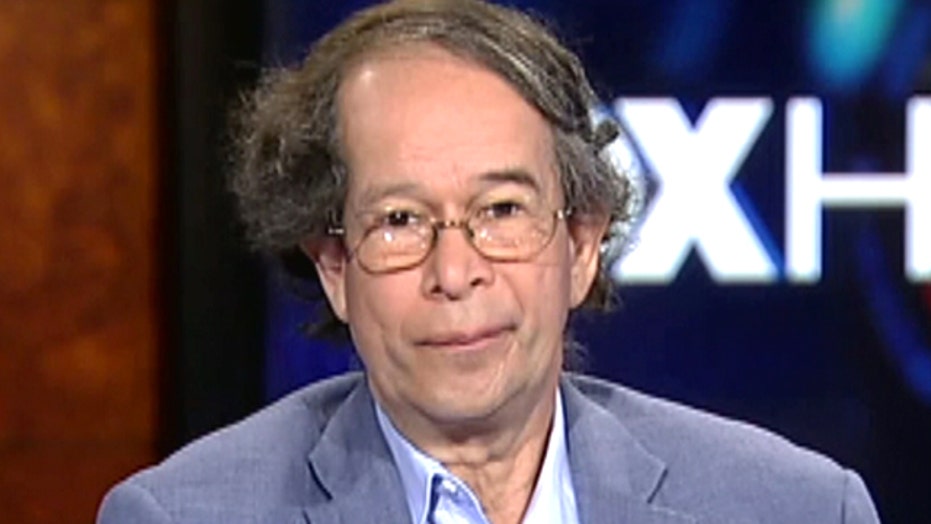 Richard Breitman on the origins of the Final Solution

It was just after noon on a Saturday – April 8, 1933, to be exact – when James G. McDonald, tall and lanky with his thick grey hair shoved over to the side, the very picture of a pinstriped American diplomat of the era, arrived at the German  Chancellery building in Berlin to keep his appointment with Adolf Hitler.

The new German chancellor had been in office less than three months. A week earlier, Hitler's Nazi Party, newly entrusted with power, had staged a nationwide boycott of Jewish stores. Photographs taken that day show Jewish merchants standing in front of their stores, with armed Brownshirt thugs menacing them, forced to wear signs around their necks emblazoned with anti-Semitic slogans like: GERMANS! DEFEND YOURSELVES! DON'T BUY FROM JEWS!

The last person McDonald had met with before heading over to the Chancellery building was an American expatriate named Henry Goldman, a Goldman Sachs executive sympathetic to Hitler's regime. The two men had last seen each other in New York, two months earlier, when Hitler had been in office all of two weeks. At that time, Goldman had told McDonald that anti-Semitism in Germany was no worse than anywhere else in the world.

Now, in Berlin on April 8, Goldman was a changed person – "a broken old man…different from the vibrant, confident person I had talked to in New York two months before," McDonald recorded in his diary. The brutality of the Nazis' first weeks in power, marked by mass arrests and the opening of the first concentration camps, had changed Goldman's mind about Hitler and his entourage. "Mr. McDonald," Goldman said, "I never would have believed that the worst of the fifteenth and sixteenth century would return in this, the twentieth century, and of all places in Germany."

The doors to Hitler's office opened and McDonald was escorted inside. As they were introduced, Hitler "sized me up from head to foot with glances obviously half suspicious," McDonald remembered. He was surprised to find Der Fuhrer taller than imagined, "five feet nine or ten, rather stocky, though by no means stout." They were joined by Ernst "Putzi" Hanfstaengl, a friend and supporter of Hitler's who had been born in America and educated at Harvard. Also present was Hans Thomsen, a holdover official in the Chancellery who predated Hitler's rise to power.

McDonald had recently been passed over for the nomination to be America's ambassador to Nazi Germany, but he was well regarded at the State Department and his overseas dispatches carried weight both at Foggy Bottom and in Franklin D. Roosevelt's White House. The session with Hitler offered McDonald an excellent insight into the worldview and intentions of the new dictator.

McDonald suggested they discuss various aspects of the Nazi foreign policy but Hanfstaengl steered them immediately to the fate of the Jews. "We are not primarily attacking the Jews," Hitler told his American visitor, but "rather the Socialists and Communists." Still, the session ended with Hitler issuing an exceedingly ominous warning – and one scholars have largely never seen because the diaries and papers of McDonald, who later served as America's first ambassador to Israel (1948-1951), have only recently been collected, edited and published.

Professor Richard Breitman of American University, a pre-eminent historian of the Holocaust and one of the co-editors of the series of volumes in which the McDonald papers are at last coming to light, carried the story forward during a recent visit to "The Foxhole."

ROSEN: And what did [McDonald] observe about the new chancellor of Germany, Adolf Hitler?

BREITMAN: He saw that he was a fanatic. And he saw that Germany was likely, if Hitler stayed in power, to lead the world into war. And he also saw that Hitler was a fanatic on the Jewish question. McDonald was using a stenographer when he was in Germany, and he didn't want to say too much. He suspected his room might be bugged. But when he came back to the United States, he told some trusted friends that Hitler had said to him, "The world does not know how to get rid of the Jews. I will show them."

ROSEN: That's incredible. A lot of debate over the Holocaust centers on the question of whether or not it – there was a "straight line" to Auschwitz or a crooked line to – or a "twisted path" to Auschwitz, as the literature records. And one wonders if James McDonald didn't have a very early insight into the straight line to Auschwitz.

BREITMAN: Well, he did have a view on that question, because in 1944, he wrote a letter to the New York Times in which he said, you know, "Now we can see what the Holocaust is, and I had some insight into this in 1933, when Hitler said this to me."

Breitman's co-editors on the project include McDonald's accomplished daughter, Barbara McDonald Stewart, a history professor who helped retrieve segments of her father's papers that had scattered into private hands; Norman J.W. Goda, a Holocaust historian from the University of Florida; and Severin Hochberg, also a scholar of the Holocaust, from the University of Maryland, Baltimore County.

After World War II, when the U.S. and Britain intervened to address longstanding claims to Mideast territory and the state of Israel was established, McDonald served a critical role as America's top diplomat in the Holy Land. Several years ago, Barbara McDonald Stewart visited Israel and received an audience with Shimon Peres, then the ceremonial president of the Jewish state and one of the last surviving members of the founding generation still active in Israeli politics. Peres reportedly turned to an aide, and said of his visitor's father: "McDonald is the origin of the relationship between the United States and Israel."

ROSEN: Present at the creation!

BREITMAN: Yes, present at the creation, and the one who managed to create not only friendly bonds but strong bonds – over the vehement opposition of the State Department.

Because Breitman is one of the world's most respected historians in the field of Holocaust studies – his acclaimed works include The Architect of Genocide: Himmler and the Final Solution (1991); Official Secrets: What the Nazis Planned, What the British and Americans Knew (1998), which I reviewed for the Washington, D.C. City Paper; and FDR and the Jews (2013), co-authored with Allan J. Lichtman – I couldn't resist asking this most distinguished visitor to "The Foxhole" what view he takes of the enduring debate between "the intentionalists," who argue that there was a straight line to Auschwitz, that the Nazis always intended to carry out the extermination of European Jewry; and "the functionalists," who argue for the "twisted path," the idea that the Final Solution was only ordered after the Nazis had fitfully experimented with other policies, ranging from resettlement of the Jews to deportation to mass sterilization. Breitman told me he is "kind of split" on the matter. "It's a question of whether you look at the German government as a whole or whether you look at Adolf Hitler."

BREITMAN: If you look at the German government as a whole, I think you can make an argument that there were fits and starts, and there was a period of escalation and a period of stabilization and then different people got involved and took control, and so you see an irregular pattern. With Hitler and his ideas, he's very consistent.

The fourth and final installment of The Diaries and Papers of James G. McDonald, covering the creation of Israel and up through the diplomat's death in 1964, is expected by 2017.