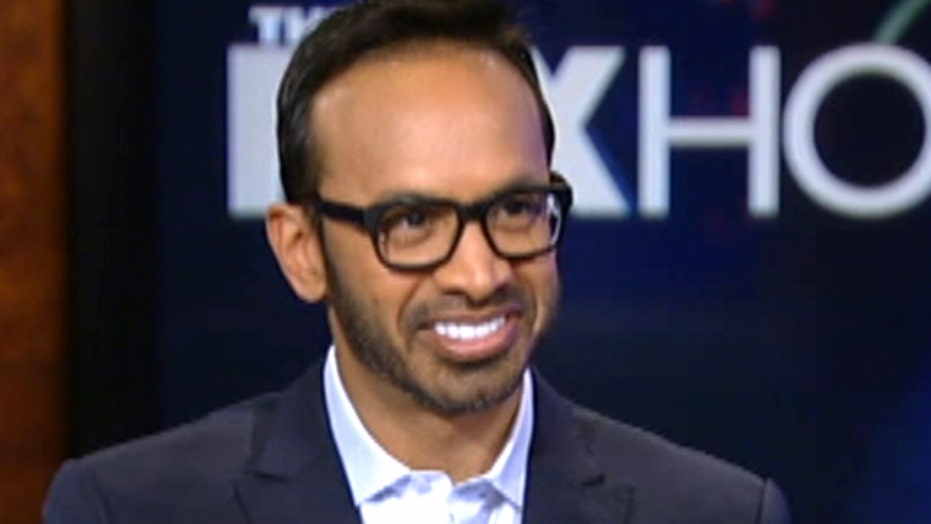 But after six years at Vulcan, Thukkaram had had enough of oil and gas and was looking to run a company of his own. He founded NT Capital Partners and briefly flirted with the idea of focusing his talents and capital on the health industry; but his eye, and heart, were drawn to tech instead. As a kid, Navin had eagerly programmed his Apple IIGS computer (released in September 1986). Yet Thukkaram’s ultimate success in this sector might even have surprised himself.

The writing was on the wall – or, more aptly, on the handheld mobile device screen – when a new startup called Qwiki won the TechCrunch Disrupt award in San Francisco in September 2010. Sure, the prize was only $50,000 – but as everyone denizen of the IT world knows, the TechCrunch competition is not so much about immediate reward as it is the potential rewards to come.

Qwiki was a software that could run online and as an app on mobile devices. It turned users’ pictures and videos into movies, with the video summaries sometimes encompassing up to 3 million items entered into search fields. Among its founders was Louis Monier, one of the minds behind that pre-Google hegemon of the online-search engine world, now long forgotten, called AltaVista. “Qwiki Just May Be The Future Of Information Consumption,” gushed the tech trade press (online, naturally). Qwiki CEO Doug Imbruce hoisted aloft the Disrupt Cup and uttered the obligatory techie war cry: “Let’s change the world!”

Four months later, in January 2011, Qwiki went into alpha-testing mode. By the summer of 2013, Yahoo! purchased Qwiki for $50 million. And by November 2014, the Qwiki app had quietly been retired by Yahoo! – not even a year-and-a-half after its sensational purchase. The “angel” investor who had provided a good chunk of the original seed money for Qwiki, and who had served as its COO, was Navin Thukkaram. He walked away from the affair rich, his own man, and eagerly moving on to new projects and startups.

The story illustrates the ever-shifting terrain of our times, where the invisible nexus between Silicon Valley and Wall Street, mapped only between the flickering ones and zeroes of our Digital Age, can launch and destroy fortunes and careers, upend lives and industries, seemingly in an instant. Navin Thukkaram – brilliant, savvy, self-deprecating and still youthful – is one of the big winners of this age; so when he tells you why 90 percent of startups fail, it pays to listen.

“A lot of startups,” Thukkaram said during a recent visit to “The Foxhole,” “try to do too many things. But in reality, you can only be great at about one thing as a startup.”

Thukkaram’s visit also touched on his newest ventures: a cloud-conversion software firm called SkyKick, which is helping to lead the Great Migration of our times, from network to cloud storage; and the (surprisingly low-tech) New York-based venture called Indie Fresh, now in Beta mode and the maker of low-calorie, high-protein organic soups (among the flavors available: Cod Chowder and Bison Meatballs with Cremini Mushroom Sauce and Red Quinoa) that can be delivered straight to your door. This correspondent has independently confirmed that the soups are yummy.

Along the way, Navin also discussed why, despite the challenges facing our education system and the dislocating effects of the Digital Revolution on our labor force, he remains optimistic about America’s future – and what he expects other successful businessmen to be doing to help assure it.