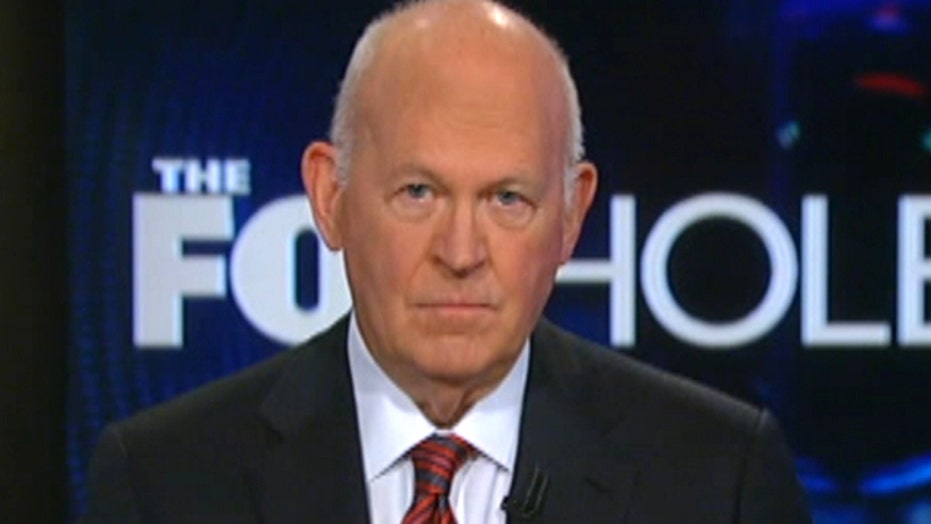 In autumn 1969, President Nixon and his White House national security adviser, Henry Kissinger, worried that one of the president's main foreign policy objectives – the opening to China – conflicted with another: détente, the diplomatic overture to the Soviet Union, including arms control accords, that Nixon hoped would extricate the U.S. from Vietnam and reduce tensions in the global struggle between nuclear superpowers.

At least two of Kissinger's NSC aides advised that any visit to Peking by the new president would so exacerbate the Sino-Soviet split – one of the chief aims of Nixon's unique brand of triangulated diplomacy – that the Soviets, in retaliation, would withdraw all cooperation on détente. At the State Department, four ambassadors echoed this view.  In April 1971, White House chief of staff H.R. Haldeman would recount in his diary that "the State Department…of course had nothing to do with" Nixon's great shift in China policy, "because they were afraid any moves toward China would offend Russia."

At the time, however, another pair of NSC officials – Helmut Sonnenfeldt and John Holdridge – privately advised the opposite: that rapprochement with the isolated country then known as "Red China" would provoke no significant backlash from the Kremlin at all. With State and NSC officials providing such divergent counsel, how was the president to weigh the true costs of his cherished China opening?

There was, of course, other evidence to consider. Brought to Nixon's and Kissinger's attention around this time was the reporting of an American intelligence asset recently detailed to the United Nations. This individual relayed to the White House the chatter of senior Soviet diplomats who shrugged off the China gambit as an expected move; all the Soviets seemed to care about was that the U.S. not start arming China. Kissinger sent a personal note of thanks to the intelligence asset.

That officer was a twenty-five-year-old native Californian and Stanford graduate named Michael Pillsbury. Over the next five decades, he would serve eight presidents, from Nixon to Obama, either in direct government service at the sub-Cabinet level or as a highly respected – and notoriously discreet – consultant for the Pentagon, the intelligence community, and institutions like the RAND Corporation. Along the way, Pillsbury earned a Ph.D. from Columbia, learned Mandarin, and established himself as a leading American Sinologist, a student of the Communist regime who was long in favor, until recently, of expanded ties with China.

So enduring a presence within elite foreign policy circles, yet so obscure to the public – and determined to keep it that way – was and is Pillsbury, now seventy, that he represents, to those who know of him at all, a kind of real-life version of "Smoking Man," the shadowy spook on the "The X-Files" TV show who was depicted as having played pivotal roles in every crisis from the Kennedy assassination to the Clinton era.

Now, at last, Pillsbury is surfacing – and speaking out. In a new book entitled "The Hundred-Year Marathon: China's Secret Strategy to Replace America as the Global Superpower" (Henry Holt, 2015), this veteran policymaker shares his conversion, bordering on epiphany, as to the true intentions of our newly ascendant strategic rival. For many years he was an unabashed "panda hugger," who argued, along with most foreign policy analysts in academia and government, that the U.S. must seek areas of constructive cooperation with Beijing, and even provide the regime with economic, military, and intelligence assistance. Today, he sees the Chinese pursuing a long-term goal of eclipsing American dominance, and utilizing, toward that goal, a broad range of economic, military and other means.

"This is not really me, or my personal opinion," Pillsbury said in a visit to "The Foxhole." "I'm channeling the views of the hawks in China." No American analyst knows those views better.  Pillsbury has made half a dozen trips to China over the last decade or so, conversing in Mandarin with hard line elements in the Chinese government and national security apparatus. He has also doggedly pursued declassified evidence, in both the American and Chinese archives, that sheds light on Beijing's deliberations over the last five decades; indeed, because of Pillsbury's long involvement as a producer and consumer of intelligence, "The Hundred-Year Marathon" was subjected to rigorous pre-publication process of classification review by the Federal Bureau of Investigation, the Central Intelligence Agency, an unnamed agency of the Defense Department, and the Office of the Secretary of Defense.

The view of the "hawks" in China, Pillsbury told me, "is that they had a bad hundred years at the hands of the West and now – with patience – by 2049, they expect to be double or triple the size of our economy."

PILLSBURY: They don't see military force as a big part of this. They really ridicule Hitler and Stalin as taking the wrong path. They'd rather own us, frankly, than use force to take any – even one more inch of territory.

ROSEN: One of the precepts in this book that you keep returning to is that China's quest for hegemony is, in their own minds, best accomplished not by any showy display of force but kept under the radar, and pursued incrementally, so as not to awaken the ba, correct?

PILLSBURY: Yes. They avoid the –

ROSEN: The ba means what? It's a Chinese term.

PILLSBURY: The ba – well, ba in fourth tone, it's a descending, harsh kind of sound: [barks out sharply] ba! China denies it wants to become a ba. A ba is a word they use for us. It means a tyrannical, ruthless power that rules the world without virtue. Their control of the world is going to be based on virtue, soft power, economic growth; so they would get very angry if you or I said they want to become the ba themselves.

PILLSBURY: Their challenge is how to bring down the old ba peacefully. We got ahold of a wonderful classified document a few years ago where two Chinese were talking among themselves about: What is our greatest challenge here in Beijing for the next ten years? And the paper is about thirty pages long in English. It says, "The peaceful decline of America is our greatest challenge; we want to make sure American decline is peaceful."

ROSEN: And managed properly, in short.

Readers of "The Hundred-Year Marathon" will learn quite a few Chinese concepts, including something known as the Assassin's Mace, which Pillsbury defines as the ultimate weapon Chinese leaders traditionally sought to employ to disable an adversary at his most vulnerable point of exposure.

What is China's preferred Assassin's Mace against the United States today? One of the clues lies in Pillsbury's analysis that the Chinese government, while embarked on a long military spending spree, isn't seeking to match the United States' offensive weaponry system for system.

"There's a RAND Corporation study two or three years ago," Pillsbury told "The Foxhole," where "they tried to add up how much money to acquire new weapons will China have in the next, say, fifteen years – and it was a trillion dollars. So while our acquisition budget – especially for ships, for example – is declining, their acquisition budget for new weapons is going up.

"Secondly, they have a smarter strategy than we do. They try to buy weapons where the cost ratio against the opponent is ten-to-one or a hundred-to-one. They've been deploying a $5 million missile, for example, that can sink a $13 billion U.S. aircraft carrier. Now, that's a pretty good ratio."