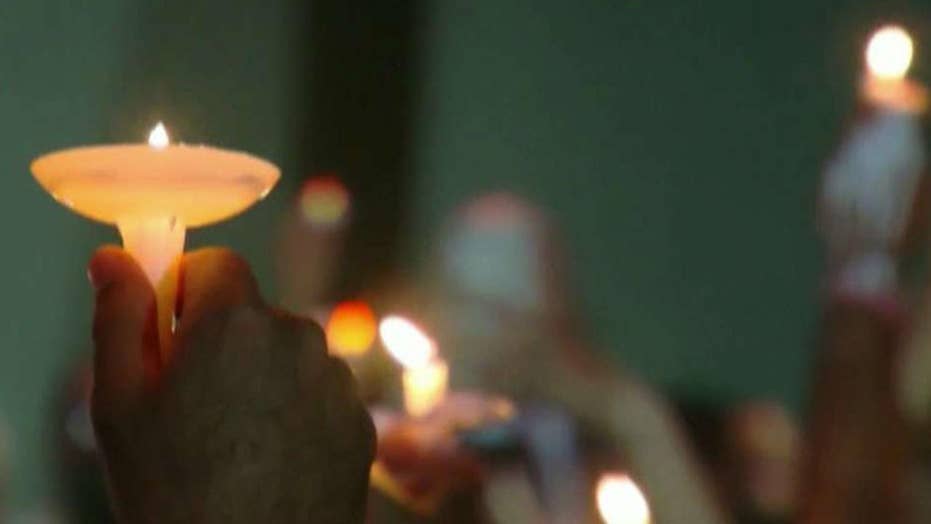 In response to this week’s school shooting in Parkland, Florida, a man named Michael Ian Black, whom I’ve never heard of but who’s apparently an actor and comedian, invited a “conversation” on Twitter that began with the following statement: “Deeper even than the gun problem is this: boys are broken.”

This is an absolutely, 100 percent true statement.

Unfortunately, Black quickly veered off course. “Men don’t have the language to understand masculinity as anything other than some version of a caveman because no language exists...The language of masculinity is hopelessly entwined with sexuality, and the language of sexuality in hopelessly entwined with power, agency, and self-worth...To step outside those norms is to take a risk most of us are afraid to take. As a result, a lot of guys spend their lives terrified...We’re terrified of being viewed as something other than men. We know ourselves to be men, but don’t know how to be our whole selves. A lot of us (me included) either shut off or experience deep shame or rage. Or all three. Again: men are terrified.”

Mr. Black is not the first to attack masculinity and suggest it’s at the root of all evil. Indeed, the phrase ‘toxic masculinity’ has become boilerplate language in America.

It’s not a hard sell, either. After all, it is boys and men who are typically to blame for violent acts of aggression. Ergo, testosterone—the defining hormone of masculinity—must be to blame. But testosterone has been around forever. School shootings have not.

Mr. Black is correct that boys are broken. But they're not broken as a result of being cavemen who haven’t “evolved” the way women have. They’re broken for another reason.

The solution to male violence is not to spout off drivel about the evils of masculinity. Masculinity, channeled well, is the reason assistant football coach Aaron Feis died this week. Feis shielded students from bullets by pushing them inside a classroom.

Broken homes, or homes without a physically and emotionally present mother and father, are the cause of most of society’s ills. “Unstable homes produce unstable children,” writes Peter Hasson at The Federalist.

He adds, “On CNN’s list of the “27 Deadliest Mass Shootings In U.S. History,” seven of those shootings were committed by young males since 2005. Of the seven, only one—Virginia Tech shooter Seung-Hui Cho—was raised by his biological father throughout childhood.”

Life for Nikolas Cruz was no different. His adoptive father died when Cruz was very young, and his adoptive mother had a difficult time raising him.

America’s boys are in serious trouble. As Warren Farrell’s new book, The Boy Crisis, explains, boys are experiencing a crisis of education, a crisis of mental health (as in the case of Nikolas Cruz), a crisis of purpose. And at the root of it all is fatherlessness.

Indeed, there is a direct correlation between boys who grow up with absent fathers and boys who drop out of school, who drink, who do drugs, who become delinquent and who wind up in prison.

And who kill their classmates.

The solution to male violence is not to spout off drivel about the evils of masculinity. Masculinity, channeled well, is the reason assistant football coach Aaron Feis died this week. Feis shielded students from bullets by pushing them inside a classroom.

To be sure, there will be those who’ll continue to blame masculinity and the NRA for the recent bout of school shootings. But amidst their chatter are voices of reason who know all too well, either from first-hand experience or because they’re simply paying attention, that the reason boys are broken goes far deeper than policies and politics—and requires us to look at things we’d rather not.

That’s hard. But harder still is waking up to the deaths of yet more innocent children. How many kids will have to die before we get it?