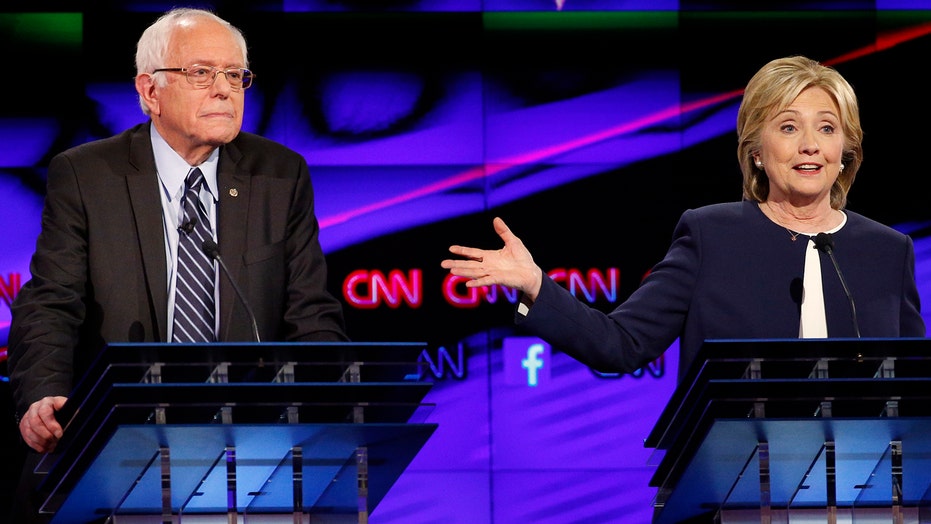 As I watched the first Democratic debate Tuesday night, I was amazed by two things. First and foremost, the lack of depth of the bench challenging Mrs. Clinton. Secondly, and much more importantly, the direction the Democratic Party is drifting in.

Say what you want about Mrs. Clinton, who lapped the field Tuesday night, but she certainly has legitimate qualifications to run for president. And after stumbling around for months trying to get her campaign out of the quagmire of missing emails and Benghazi investigations, she showed her debate skills are still intact. She also showed she practiced and thought out her answers in advance, and she did not stumble.

The four other individuals on the stage could be summed up as not ready for prime time. All presumably are good men who may believe in something and have been elected to some office. But not a one has a chance of being sworn in as the 45th president on Jan. 20, 2017.

The scary part for me was the advocacy of more government programs and higher taxes, the socialist philosophy of Bernie Sanders and the unabashed trashing of business, Wall Street and individuals who have done well by their hard work, special genius. Redistributing the wealth or creating government programs to make all things free and equal is a tried and failed formula. This was a bar set by Sen. Sanders, and even though it was not always endorsed, it certainly was not challenged by the presidential aspirants on the stage.

America is a land of opportunity, not a land of equality. Black lives matter and so does every other child or adult in this country. Because someone has achieved certain things and others have not is not necessarily the fault of either.

This leftward trend of the Democratic Party is not shocking to me, but the speed at which it is racing for the cliff is surprising. America is a land of opportunity, not a land of equality. Black lives matter and so does every other child or adult in this country. Because someone has achieved certain things and others have not is not necessarily the fault of either.

Regulating Wall Street and business and taxing the well-to-do have been functions of government since the earliest days of this country. Educating our young, caring for our old and sick and providing for those in need are what make our country great. But the socialist rhetoric of Bernie Sanders and the Elizabeth Warren wing of the party is not a road to success or equality. It is a road to failure, as we have seen in the demise of Cuba, the old Soviet Union, pre-reform China and many other communist/socialist nations.

I recently reread the late Jack Kemp’s magnificent speech at the 1980 Republican National Convention in Detroit, where Ronald Reagan was nominated.

I was chairman of Jack’s unsuccessful campaign for president in 1988. He inspired a whole generation of young Republicans to adopt a philosophy we need to re-emphasize and use to contrast with the Democrats’ leftward direction.

“Our party was founded on the irresistible idea that the Declaration of Independence applies to everyone,” Kemp said. “Mr. Lincoln inspired our party with the conviction that the ultimate source of progress and prosperity is the equal freedom of all Americans to fulfill their hopes and dreams for a better future.”

He continued: “The American idea never was that everyone would be leveled to the same position in life. The American idea was that each individual should have the same opportunity to rise as high as his effort and initiative and God-given talent could carry him. If you were born to be a master carpenter, a mezzo soprano — or even a pro football player — here in America you could make it.”

If the Republican nominee, whoever that may be, emphasizes that philosophy, we can compete for the presidency against Hillary or any other Democrat that may be nominated.