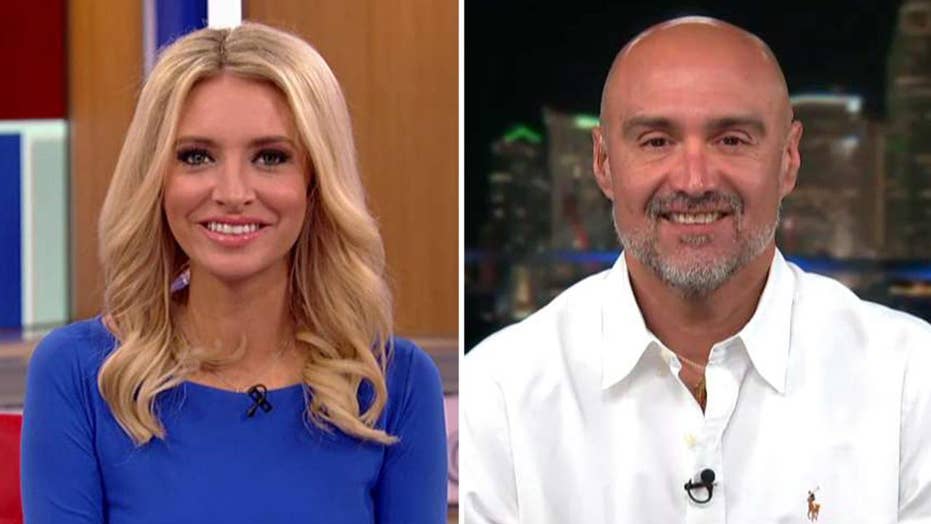 What to expect from new political landscape in Washington

The Republican Party defied history in a powerful and commanding fashion in the midterm elections Tuesday by expanding its Senate majority and stopping highly touted, celebrity-backed Democratic nominees in their tracks.

The reason for Republican success is undeniable: President Trump proved to be our closer and our game-changer, making a quantifiable difference in key races across the country.

From Taylor Swift and P. Diddy, to Oprah Winfrey and President Obama, the collective power of both the left and celebrities could not overcome the power of the Trump endorsement, which defied historic trends and delivered Republican Senate victories.

With Senate pickups in Florida, Missouri, Indiana, and North Dakota, Republicans will not only maintain our Senate majority but expand it by one to four seats when all Senate races have been decided.

This tremendous feat can only be fully understood when placed in the context of history. Over the past 80 years, the sitting president’s party has only picked up seven Senate seats collectively in midterm elections. In other words, picking up Senate seats for a sitting president is exceedingly rare and has only been achieved four times since 1934.

This shows that that the success of President Trump and the Republicans in Senate races is a monumental achievement that defies the historic odds.

In the House, although Democrats took back the majority, Republicans once again over-performed when compared to past midterm elections, despite a wave of retirements that made a hard task all the more difficult.

Democrats have only gained 27 House seats as of this writing. But going back to the 1800s, the party of first-term presidents has lost an average of 32 House seats in midterms.

Even if Republicans wind up losing a few more House seats when all races have been decided, their losses will still fall far short of President Obama’s 63-seat loss and President Clinton’s 54-seat loss in midterm elections when those two Democratic presidents were in office.

GOP over-performance is no coincidence. The Republican pickups are directly attributable to a sustained effort by President Trump to boost GOP candidates, aided by an unprecedented Republican National Committee ground game effort to deliver key victories.

Hosting 53 rallies in 24 states since January, President Trump outpaced President Obama’s rally totals by roughly three times. While Democratic candidates distanced themselves from Obama in midterm elections when he was in office, GOP candidates embraced Trump, welcoming the president to their states.

For example, President Trump’s rally on behalf of Republican nominee Marsha Blackburn for a U.S. Senate seat from Tennessee turned a 5-point deficit into a 9-point victory.

In Missouri, a Senate race in a dead heat resulted in a 6-point win for Republican Attorney General Josh Hawley, who defeated Democratic Sen. Claire McCaskill after an election eve Trump rally.

In Florida, the president’s three rallies and continual support for Republican nominees delivered victories for Republican gubernatorial candidate Ron DeSantis and Republican Senate candidate Gov. Rick Scott. Both were down in the polls; both prevailed after Trump’s efforts.

Likewise, in Texas, Republican Sen. Ted Cruz opened up his first double-digit lead of the fall after an October Trump rally, ultimately defeating the prolific fundraiser and the left’s megastar Robert “Beto” O’Rourke.

And in Georgia, a star-studded effort from Oprah Winfrey to boost Democratic gubernatorial nominee Stacey Abrams could not stop the Trump momentum, with a rally that pushed Republican Secretary of State Brian Kemp 2 percent above his opponent in the vote total.

With 87 percent support among Republican voters, President Trump has the highest approval rating from members of his own party of any president in modern history, with the exception of President Bush in the wake of the Sept. 11, 2001 terrorist attacks.

President Trump’s extraordinary support in his party was on full display Tuesday as the base turned out in support of Republican candidates, showcasing the president’s ability to make the Trump voter a Republican voter.

President Trump did this to great effect, combined with the Republican National Committee’s unprecedented ground game. The RNC invested a record $275 million into the 2018 midterms, facilitating 2.6 billion voter contacts that mobilized support for GOP nominees across the country and outpaced 2016 investment.

As several analysts have noted, the blue wave crashed Tuesday. It crashed into a Republican Party more unified than ever before, thanks to President Trump.

There is simply no denying the political tailwinds of President Trump. They change the trajectory of races, reverse historical odds, and leave Hollywood and the left speechless. Results from the elections Tuesday proved that once more.