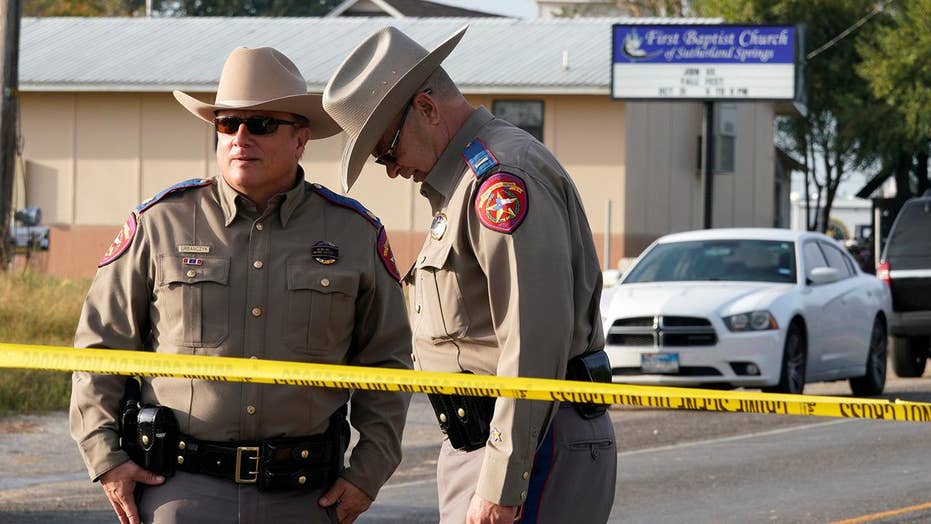 Before knowing almost anything about Sunday’s mass public shooting, gun control advocates are once again calling for more gun control. The attack at the First Baptist Church in tiny Sutherland Springs, Texas, claimed 26 lives and left people with an understandable desire to “do something.” One thing is certain: the proposals put forward by gun control advocates wouldn’t have stopped this attack.

The media spent all day after the attack rhetorically asking whether now was the time for more gun control.  CNN’s Jim Acosta repeatedly asked if President Trump is, “Content . . . with these mass shootings exploding every month or so.”

Today, the day after the shooting, we know some more about the killer.  We now know that one of the victims who attended the church was his ex-mother-in-law.  That his conviction was for cracking the skull of his infant son years ago.  That he had a “bad conduct” discharge from the military.

Others on MSNBC immediately called for limiting magazine capacities, but a magazine is just a box with a spring in it.  They can be made with very simple tools, and now-a-days 3D printers make it an even easier project. We still don’t know if Kelley planned this attack long in advance, though he bought the gun back in April 2016.  It is very common for killers to plan mass public shootings one or two years in advance. It's not serious to think that a ban is going to keep anyone other than law-abiding people from obtaining a magazine.

During his press conference early Monday morning in Japan, President Trump worried that the attack was the result of a "mental health problem at the highest level" and called the gunman a, “very deranged individual.” Kelley may well have been suffering from a mental illness, but mental health evaluations shouldn’t be counted for much help.  Psychiatrists and psychologists have an extremely poor track record in identifying those who pose a threat to others. Half of the mass public shooters of the Obama years were seeing mental health professionals prior to their attacks. None of these experts identified the killers as a danger to others.

Elliot Rodger, who killed six and injured 14 others near the University of California at Santa Barbara, fooled not only sheriff’s deputies but also the internationally-known Dr. Charles Sophy. Sophy is medical director for the Los Angeles County Department of Children and Family Services. That ought to give people pause before they assume that there’s an easy solution for identifying dangerous individuals.

We know that the attack at the Texas church could have been even worse if it wasn’t for an armed civilian. According to the Texas Department of Public Safety, “A local resident grabbed his rifle and engaged the suspect, the suspect dropped his rifle and fled from the church.”

Something should be done, but the question is what. Texas lets each church decide whether to allow permitted concealed handguns, and we don’t know whether this particular church allowed it. What we do know is that time is crucial. The longer it takes for someone to arrive at the scene with a gun, the more people who will be harmed.

If the media and politicians want to do something effective, they could take a page out of Israel’s playbook. When there is a surge in terrorist attacks , Israeli police call on permitted civilians to make sure that they have their guns with them at all times.

Police tend to support an increase in permits. “What would help most in preventing large-scale shootings in public?” PoliceOne asked its 450,000 American officer members in 2013. The most common answer: “More permissive concealed carry policies for civilians.”

Eighty percent of the surveyed officers believed that allowing permitted concealed handguns would reduce the number of victims of mass public shootings.

Thank God, there was a good guy with a gun on Sunday in Sutherland Springs.