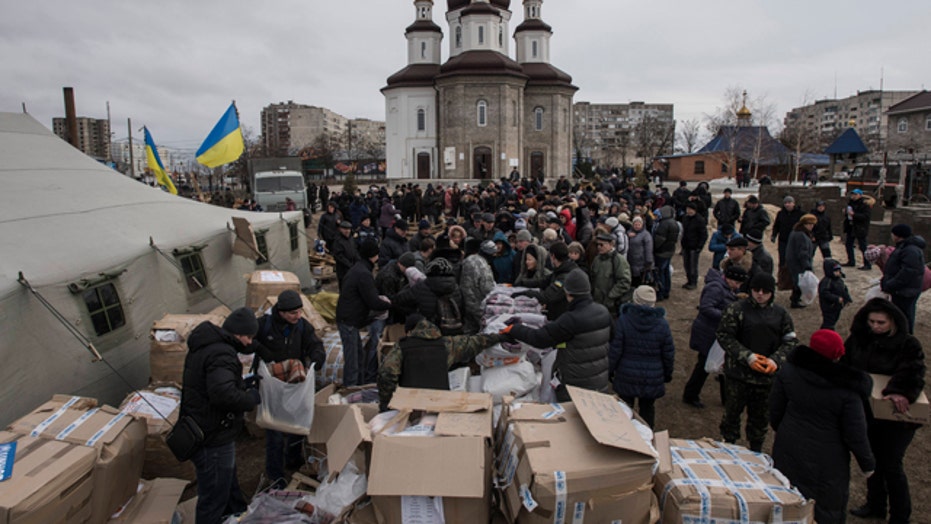 Terrorists can strike anywhere and at any time, giving them a huge strategic advantage.Unfortunately, too many politicians around the world are refusing to admit this.

After the Charlie Hebdo massacre in Paris earlier this month, France placed 10,000 uniformed soldiers in front of Jewish sites across the country.  Unfortunately, this is unlikely to be very effective.

Israel learned this lesson the hard way. For several decades after its founding, Israel responded by putting more soldiers and armed police on the streets. Unfortunately, a mass killer can wait for officers to leave the scene or to kill the uniformed officers first. No matter how much money Israel spent, terrorists could wait patiently until they see an opening to attack.

Today, in Israel, over 12 percent of adult Jewish civilians are licensed to carry firearms.  This complicates things for terrorists, as they don’t know who might be able to stop them.

Possibly this lesson is why this past week a leading European rabbi, Menachem Margolin, called for European Jews to be able to carry handguns.  Of course, in countries that won’t even let off-duty police carry guns, that isn’t going to happen.

Parisians, who were as close as a dozen yards away from the terrorists, took videos of the killers, but they were powerless to stop the attackers.

The terrorists weren’t so concerned with the laws. The four terrorists were armed with numerous semi-automatic handguns, automatic Kalashnikov rifles, a loaded M42 rocket launcher, 10 Molotov cocktails, 10 smoke grenades, a hand grenade, and 15 sticks of dynamite.  They also had body armor and sophisticated radio communications. Obviously, all this was illegal.

Last May, four people were shot dead at the Jewish Museum in Brussels. Belgium’s equally strict gun laws didn’t prevent that terrorist with a violent criminal history from obtaining a machine gun.  And this past week two more terrorists in Belgium apparently got a hold of illegal machine guns.

In late 2013, Ron Noble, the Secretary General of Interpol, which is a world version of the FBI and headquartered in Lyon, France, noted two means of protecting people from mass shootings. “One is to say we want an armed citizenry; you can see the reason for that. Another is to say the enclaves [should be] so secure that in order to get into the soft target you’re going to have to pass through extraordinary security.”

But he warned how incredibly difficult it is to completely secure areas and that “You can’t have armed police forces everywhere.”

Referring to a terrorist attack at a mall in Kenya, a place where guns were banned, Noble noted: “Ask yourself: . . . if that was Texas, would those guys have been able to spend hours, days, shooting people randomly?  What I'm saying is it makes police around the world question their views on gun control.”

The terrorists frequently openly talk about their desire to attack where guns are bans. Last June, Justin Bourque shot to death three people in Moncton, Canada.  His Facebook page made fun of gun bans, with pictures of defenseless victims explaining to killers that they weren’t allowed to have their guns

Elliot Rodger, who killed three people in Santa Barbara, California that same month, explained his own choice. In his 141-page "Manifesto,"  Rodger turned down targets because he worried that someone with a gun would cut short his killing spree.

American police largely agree with Noble. When Policeone, the largest private organization of police officers in the US with over 450,000 officers asked its members: “What would help most in preventing large scale shootings in public?”  The most common answer was: “more permissive concealed carry policies for civilians.”

In the U.S., over 12 million American civilians are licensed to carry concealed handguns.  These Americans save lives. In the Oklahoma beheading case, permit holder Mark Vaughan stepped in before a second victim could be beheaded.

On Friday, the head of the European police agency Europol, Rob Wainwright, warned that it is “extremely difficult for even very well-functioning counterterrorist agencies, such as we have in France, to stop every attack.”

But an effective back-up plan is needed.  We know that armed self-defense saves lives.