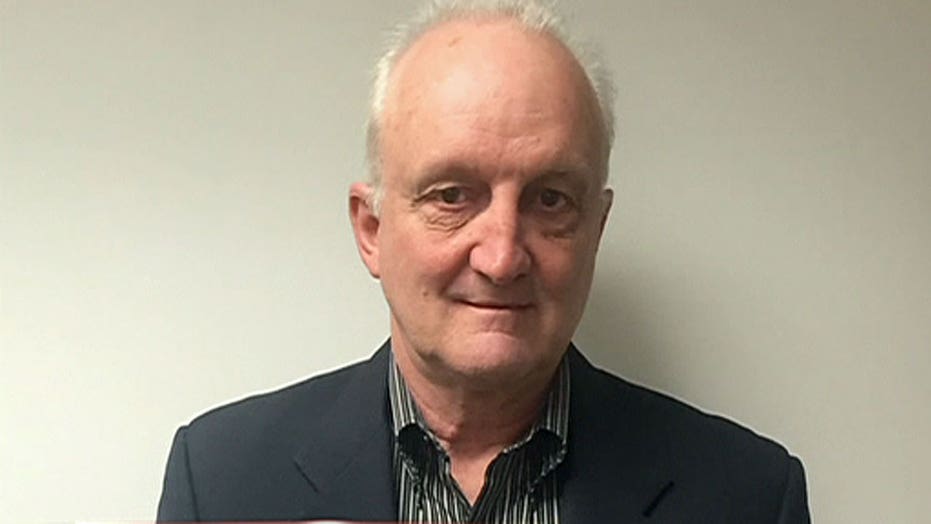 DHS Whistleblower says terror plot could have been prevented

Former DHS employee, Philip Haney, claims that the State Department and Homeland Security Office closed down an investigation looking into a radical Islamic group because the Obama admin

“If you see something, say something.”

The Beltway in Washington practically glows from this helpful message from those who purport to want to keep our nation safe, but do they really mean it?

Apparently not if you are former DHS terrorism investigator and whistleblower Philip Haney, who has made startling allegations that the Obama administration deliberately shuttered an investigation that might have thwarted the San Bernadino mass murder — because he was told the investigations were problematic because they were looking into Islamic groups, as revealed on Fox News’ Kelly File on Dec. 10.

Had Haney's investigation been allowed to continue, he maintains it might have resulted in a blocking of the San Bernadino K-1 fiancée visa because of the couple's relationship with a radical mosque.

Since when do law enforcement and intelligence agencies skip over religious motivations for murders in pursuing leads?

Agencies are supposed to follow evidence and intelligence wherever it leads, not deny the obvious link between Islam and the killers because of political correctness. There is no First Amendment protection against investigating religiously motivated attacks. If this policy is widespread, it might help explain why Western intelligence agencies have been blind to the latest wave of attacks.

Reports from Redlands, California indicate that neighbors of the two Islamic terrorists saw something, but it was this exact fear of being labelled a racist that shut them up.

Elsewhere, at Irving MacArthur High School in Irving, Texas in, there was the school official who encountered a student bringing a suitcase stuffed with wires and a timing device onto campus.  When you “see something” and “say something” in that situation -- by calling the police -- you buy yourself international approbation as a racist and a proctology exam from the Obama Justice Department, not to mention a $15 million lawsuit from the offended child.

The facts didn’t matter, the full weight of the federal government, not to mention a national social media character assassination, follows the decision to say something after you see something.

So, what are we supposed to do when the federal government makes it abundantly clear that you’d be better off hoping you are wrong, than to alert law enforcement about someone who it turns out to have had a bomb making factory in their home?

It is this dilemma that many Americans are facing. They want to do the right thing, but the costs of even being right about a terrorist have been raised.

Take the San Bernardino murderers.  It was not lost on anyone that the Council of American Islamic Relations (CAIR) seemingly had access to information about the killers before the public, as that group had a press conference with relatives of the brutal attackers even before the FBI briefed the public.

The next day, President Obama continued to press the line that it was possibly workplace violence, downplaying the obvious fact that it was terrorism.  Obama did so in spite of the bomb found at the murder scene designed to kill first responders. He did so in spite of knowing that the Redlands home of the ISIS dream team was filled with bomb making materials.

Yet, reminiscent of Team Obama knowingly lying to the public by blaming a poorly produced movie for the Benghazi attacks almost a week after four Americans were slaughtered, the first reaction to the predictable tragedy in San Bernardino appears to have been public relations damage control rather than the kind of soul searching necessary to get at the root of the Islamic terrorism problem, because this soul searching would have forced the Obama Administration to admit that their internal bias against investigating radical Islamic Centers around the world may have led directly to San Bernardino.

Just as Obama was more concerned with getting past his November re-election with his Benghazi spin, the seeming only concern coming out of San Bernardino was protecting Obama’s aggressive Middle Eastern resettlement program from Congressional action in the upcoming omnibus spending bill for the remainder of Fiscal Year 2016.

Political correctness is getting people killed, and those who urge law enforcement and intelligence not to focus on the religion involved with these repeated attacks are playing a very dangerous game indeed.

Anyone paying attention to the results of this resettlement program, the fears expressed by neighbors of the San Bernardino killers of being labeled racist, and the harassment facing officials in Irving, Texas can see what is happening.  The only problem is who can they tell?