The British common law, which informed the understanding of the Founders, suggests that the better answer is yes.

In the 18th century, there were two English impeachments of note: Lord Chancellor Macclesfield in 1725 and India’s Governor-General Warren Hastings, which extended from 1787 to 1795. Both were late impeachments (after they had left office). Shortly after the Founding, a third British impeachment occurred: Lord Melville in 1806. His impeachment also occurred after he left office.

The American experience is similar. In 1797, the House impeached Sen. William Blount, and in 1876 the House impeached Secretary of War William Belknap. Both had left office by the time articles of impeachment were delivered to the Senate. With Blount, the Senate voted that it lacked jurisdiction (although principally because he had been a senator and not a member of the executive), and with Belknap, the Senate voted that it had jurisdiction but declined to convict. 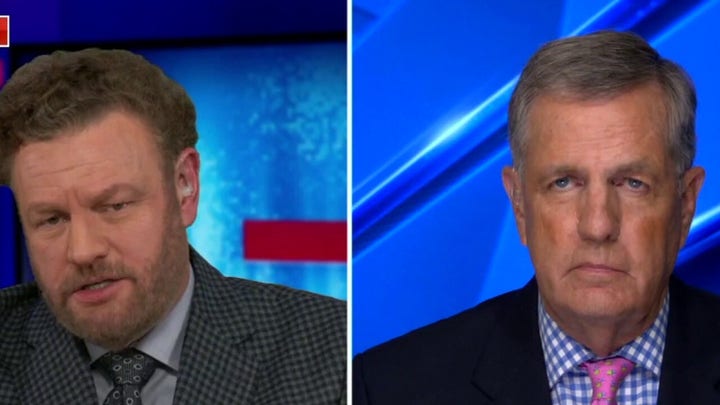 To be sure, there is textual ambiguity on the question of whether impeachments of a former president are constitutional.

One can look to other provisions of the Constitution—such as article II, Section 4’s reference to "the President" (not "a President"), and that same section’s language that says an impeached individual who is convicted "shall be removed from office"—and conclude in good faith that late impeachments are not permissible.

However, given the historical underpinnings and the Constitution’s broad textual commitment ("sole power") of the impeachment power to the House and Senate, I believe the best reading of the Constitution is that the Senate retains jurisdiction. Imagine, for example, that evidence were uncovered that a former president had sold nuclear secrets to the Chinese government. In that instance, where the president had hypothetically committed both treason and bribery (explicit grounds for impeachment in the Constitution), there is little question that both the House and Senate would have exercise jurisdiction to impeach and try those crimes.

ANDREW MCCARTHY: TRUMP IMPEACHMENT TRIAL – WHAT YOU NEED TO KNOW, WHAT MAY SURPRISE YOU

And nothing in the Constitution makes the Senate’s impeachment jurisdiction mandatory. "Sole power" means "sole power"—the Senate can decide whether to hear the case.

The present impeachment is an exercise of partisan retribution, not a legitimate exercise of constitutional authority.

The House impeached President Trump in a mere seven days. It conducted no hearings. It examined no evidence. It heard not a single witness. 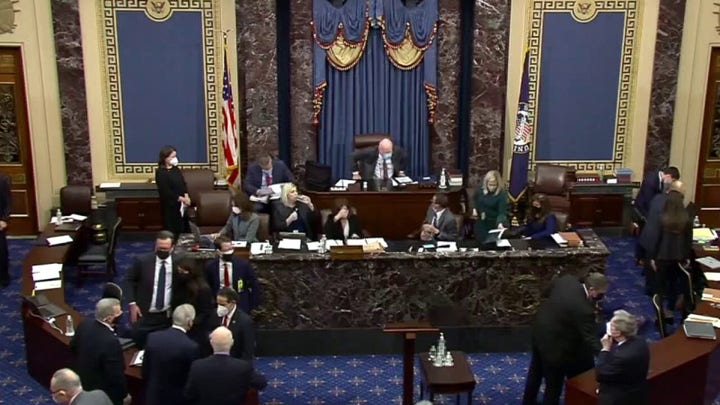 For four years, congressional Democrats have directed hatred and contempt at Donald J. Trump, and even greater fury at the voters who elected him.

On the merits, President Trump’s conduct does not come close to meeting the legal standard for incitement—the only charge brought against him.

His rhetoric was at times over-heated, and I wish it were not, but he did not urge anyone to commit acts of violence. And if generic exhortations to "fight" or "win" or "take back our country" are now indictable, well, be prepared to arrest every candidate who’s ever run for office or given a stump speech.

House Democrats argue that these circumstances are different. The situation was politically charged. The protesters were angry. And what started as a peaceful protest on the Ellipse ended up with some of the protestors engaging in a violent terrorist assault on the Capitol that tragically took the life of a police officer.

Repeatedly over the past four years, multiple Democrats have engaged in incendiary rhetoric and encouraged civil unrest, including Speaker Nancy Pelosi who expressly compared law enforcement to Nazis, Rep. Waters, who emphatically encouraged a campaign of intimidation and harassment of political opponents, Sen. Schumer, who made threats—by name—to "release the whirlwind" against two sitting justices of the Supreme Court, and then-Sen. Harris, who actively campaigned to provide financial support, in the form of bail, for rioters last summer even after hundreds of law enforcement officers were injured and many people, including retired St. Louis police captain David Dorn, were brutally murdered.

There is no coherent rationale that renders President Trump’s remarks "incitement," and somehow exonerates the angry rhetoric of countless Democrats. If Trump’s speech at the Ellipse was incitement, so too was Schumer’s threat on the steps of the Supreme Court.

The honest answer is both may have been irresponsible, but neither meets the legal standard for incitement.

Accordingly, I voted against the Senate taking jurisdiction in this trial. In different circumstances, the Senate could choose to exercise its constitutional authority to try a former office-holder. But here, when the House has impeached without evidence or Due Process, and when it is petty and vindictive and it fails to meet the legal standard, then the Senate should have declined to exercise jurisdiction.

President Trump is no longer in office, and nothing is served—other than partisan vengeance—by conducting yet another impeachment trial.