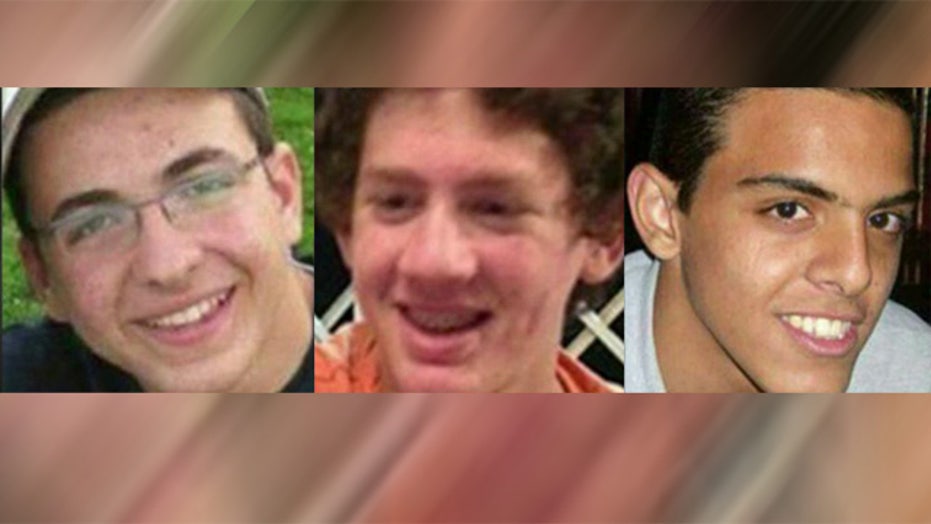 There’s no question that Israel is located in a very tough and dangerous neighborhood. And these are especially grim days.

The brutality of radical Islamist militias – particularly ISIS – has stunned the world and now threatens the Israel/Syria border of the Golan Heights.

To the north, Lebanon is reeling from deadly explosions and increasing threats of violence, thanks to warring Sunni and Hezbollah (Shia) fighters.

Meanwhile, a rocket assault from Gaza on Israel’s war-torn southern city of Sderot blew up a factory on Saturday night, sending flames and acrid smoke towering into the sky.

It would have been understandable for Israelis to have forgotten at least momentarily the fate of three young teenage boys --  Gil-Ad Shaer, Naphtali Fraenkel and Eyal Yifrach – who were kidnapped by terrorists on June 12.

Understandable, perhaps.  But not in Israel. In fact, for 18 days, nothing has been closer to the Israeli people’s thoughts and prayers.

Even Americans with ties to the Jewish State sometimes fail to grasp the sense of extended family that exists within Israel.

And apart from out-and-out war, nothing strikes at the heart of the Israeli people more than terrorists doing harm to their children.

Not surprisingly, after the news  of  the kidnapping first broke, the hashtag #BringBackOurBoys immediately appeared on social media in both English and Hebrew, and similar posts continue day after day.

But far more extraordinary was the national outpouring of emotional and spiritual support for the families and the boys themselves.

Israel is a tiny country in comparison to the United States. But even on the state or local level in America, it is still difficult to imagine a call for the general population to recite a Psalm at a given hour as a united prayer for help.

The request appeared and reappeared on blogs, email chains and was reportedly broadcast on some radio stations.

Meanwhile, prayers and supplications continued night and day at Jerusalem’s Western Wall – the “Wailing Wall, which it certainly has become since the kidnappings.

More than 30,000 worshippers gathered there on one night alone to weep and implore heaven’s help in securing the three young men’s safety and release.

And again, this past Sunday night, tens of thousands of Israelis, from secular to ultra-religious, gathered at Rabin Square in Tel Aviv to encourage the boys’ families and to pray for the captives.

However, as those of us who pray eventually learn, sometimes the answer to prayer is “Wait.”

And sometimes Heaven’s answer is “No.”

So it was today.

On Monday night, Israel time, the news everyone dreaded was announced in a press conference: “The IDF confirms bodies of 3 kidnapped teenagers found near Hebron.”

The Times of Israel reported, “The bodies were found at about 5pm, partially hidden in an open field. The parents were informed on Monday evening that the bodies had been found.”

After enduring more terrorist attacks than can be numbered, Israel has faced yet another body count – small in number but enormous in its shattering impact:  Three more promising young men, lost to bloodthirsty terrorists.

Once again, the Israeli people weep.  And rage. And wrestle with their God.  They will sit with the families for seven days of mourning and share their tears. They will remember the joys of the boys’ childhoods, their accomplishments and their dreams.

They will honor Gil-Ad Shaer, Naphtali Fraenkel and Eyal Yifrach, and never forget them.

And, despite this devastating loss, this infuriating assault on innocent civilian families, this spiritually challenging disappointment, the prayers and hopes of the courageous Israeli people will continue to rise Heavenward….

I lift my eyes to the mountains-from where will my help come?

My help will come from the Lord, Maker of heaven and earth.

He will not let your foot falter; your guardian does not slumber.

Indeed, the Guardian of Israel neither slumbers nor sleeps.

Lela Gilbert is author of "Saturday People, Sunday People: Israel through the Eyes of a Christian Sojourner" and co-author, with Nina Shea and Paul Marshall, of "Persecuted: The Global Assault on Christians." She is an adjunct fellow at the Hudson Institute and lives in Jerusalem. For more, visit her website: www.lelagilbert.com. Follow her on Twitter@lelagilbert.