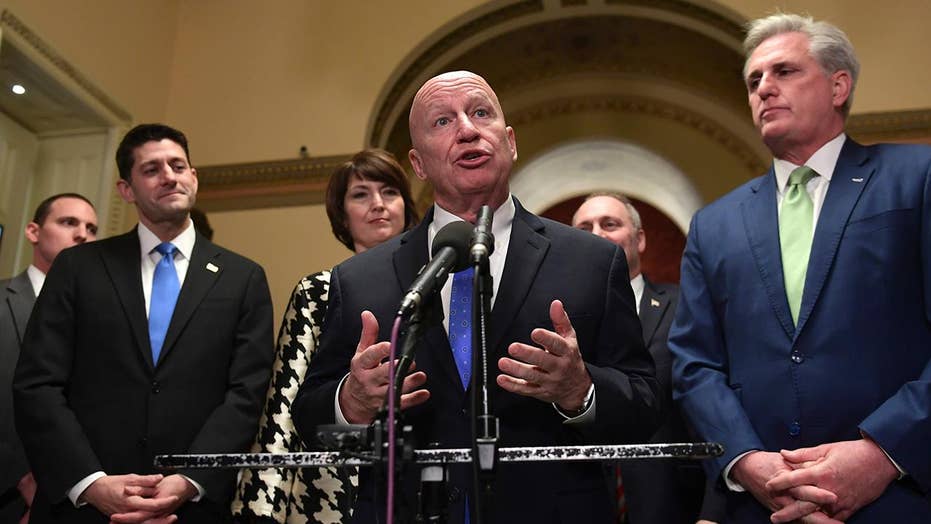 Republicans are poised to give Americans the Christmas present they all really want: cash.

The tax cut bill approved by the House Tuesday – which was expected to win quick approval in the Senate – would let hardworking taxpayers keep more of their earnings starting next year, helping them cover their living expenses and enjoy their lives.

Critics worked mightily to kill the bill by falsely claiming that it doesn’t help ordinary Americans. “What’s missing from the GOP tax bill? Just about anything that would help the working and middle classes,” reads a recent Los Angeles Times opinion column that is representative of the claim.

These opponents are either accidentally or purposely overlooking the bill’s multiple provisions that offer significant tax cuts to ordinary Americans.

In terms of impact, however, middle- and working-class Americans – roughly two-thirds of whom cannot cover an unexpected $400 expense – will benefit more from the tax bill than wealthier Americans.

Start with the bill’s doubling of the income threshold under which American families pay zero tax at all on earnings up to $24,000. Then look at its doubling of the child tax credit to $2,000, and the provision to make the first $1,400 of it refundable. This is a major benefit for families, increasing the proportion of the population that pays no tax even further.

Working families will also significantly benefit from the elimination of the 15 percent tax bracket, which currently starts at just $18,650 of earned family income, in favor of a vastly expanded 12 percent rate that will extend all the way to $77,400. The bill’s provisions, taken together, will halve the tax burden for the average family earning $75,000.

Critics of the bill try to skate around these benefits by pointing out that the rich will see a bigger tax cut. But this argument overlooks the fact that the rich pay far more in taxes than ordinary Americans. In fact, the top 1 percent of taxpayers pay nearly half of all income taxes. So it goes without saying that a 5 percent tax cut on $1 million is obviously a lot more than a 5 percent tax cut on $50,000.

In terms of impact, however, middle- and working-class Americans – roughly two-thirds of whom cannot cover an unexpected $400 expense – will benefit more from the tax bill than wealthier Americans.

But even in proportional terms, the middle class gets a bigger tax cut than the wealthy. Even according to the left wing Tax Policy Center, the middle class will see their share of federal taxes fall; whereas the wealthy will see their share of total taxes paid rise (even though both groups get a cut in absolute terms). In other words, this bill will make the tax code more progressive, not less.

Opponents also try to claim that the bill’s business tax cuts are skewed to the wealthy. There are several problems with this argument. First, economic evidence increasingly points that workers bear the brunt of high corporate taxes because firms are forced to pay lower wages to compensate. Second, even if some businesses devote their entire tax savings to buybacks and dividends, this will still help ordinary Americans, whose retirement plans make up the majority of the stock market.

But perhaps the biggest problem with this argument is that it overlooks the bill’s new 20 percent tax deduction for small businesses earning $315,000 a year or less. According to IRS data, roughly 95 percent of businesses earn less than this threshold. This means the overwhelming majority of small businesses will benefit from this provision, which is largely off-limits to the top 1 percent of earners who are supposedly the only winners from the bill.

This small business deduction will bring long overdue relief to America’s small business backbone. According to a recent Job Creators Network national poll of small business owners, most respondents said they would use their tax cut savings to hire, raise wages, or expand – meaning American jobseekers, workers, and communities will benefit as well.

On Christmas Day, Americans will wake up to many presents they would like to return. The tax cut bill, which will put more money in their wallets, will not be one of them.